China will not spare the United States

March 9 2018
1
China expects the renminbi to become a world currency. The head of the People’s Bank of China Zhou Xiaochuan announced the need for internationalizing the renminbi. These plans fit into the overall expansionist plan. policies Beijing, counting not only on the growth of its economic influence, but also on gaining positions in the foreign exchange market. Of course, Zhou Xiaochuan specifically emphasized that China will act gradually, is not going to force anyone, but this statement characterizes the country's leadership line. Yuan decided to enter the number of top world currencies. 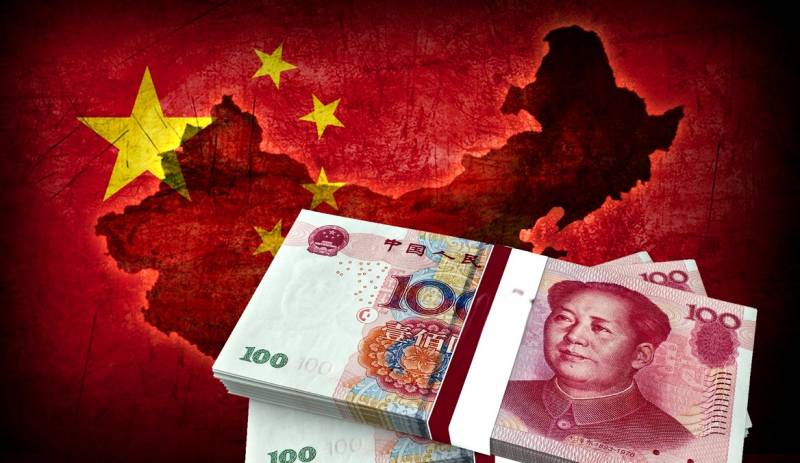 In recent years, China has shown a desire to liberalize its economic policies, for which such goals as large-scale attraction of investments, further growth of foreign trade, weakening of control over capital and, accordingly, internationalization of the renminbi should be achieved. So far, the yuan, despite the fact that China is the largest economy in the world in a number of indicators, occupies an incomparable position not only with the dollar, but also with the euro, and even with the Japanese yen or British pound. The popularity of the renminbi as a world currency is still very low. In 2017, the yuan accounted for only 1,1% of the gold and foreign exchange reserves of the countries of the world - comparable to the dollar, which accounted for 64%. Naturally, Beijing is focused on significantly increasing this figure.

Meanwhile, in November 2015, the International Monetary Fund decided on October 1, 2016 to include the yuan in the SDR basket (Special Drawing Rights), the IMF's international reserve asset. This includes the US dollar, euro, British pound sterling and Japanese yen. This decision caused a very positive reaction from Beijing, but it had very little effect on the real situation of the renminbi in the global financial market. Therefore, now China is going to seriously take on the internationalization of its currency.

However, there is a significant problem that may impede the growth of the global renminbi influence. It is connected with the financial policy of the PRC leadership, for which maintaining control over the renminbi remains one of the priority tasks. Beijing does not want to allow the rapid ups or downs of its currency. Back in 1994, the authorities determined the RMB rate at 8.28 yuan per 1 US dollar. Since then, the dollar has become cheaper, and at the same time, Chinese goods have also become cheaper, which provides the advantages of Chinese exports in the world market. That is, a weak yuan is beneficial for Chinese exports.

On the other hand, the United States and European countries believe that such a position creates obstacles to their economies and insists on the liberalization of the renminbi. In Washington, they say that the undervaluation of the renminbi entails the destruction of thousands of jobs in American factories and generally negatively affects American production. The countries of Western Europe are experiencing the same problems. They cannot compete with Chinese goods, including because the real value of the renminbi is much higher, but Beijing artificially keeps it at a certain level.

Zhou Xiaochuan believes that the main steps to internationalizing the renminbi have already been taken, but China will continue to further open the market to accelerate this process even more. The liberalization of Beijing's financial policies could lead to the yuan becoming the most important global currency. Who knows, maybe very soon people will keep their savings in RMB, not in dollars.
Ctrl Enter
Noticed oshЫbku Highlight text and press. Ctrl + Enter
We are
“The dark August night came the one whom the Ukrainians were waiting with horror”
US strike: China emerges from petrodollar
Reporterin Yandex News
Read Reporterin Google News
1 comment
Information
Dear reader, to leave comments on the publication, you must sign in.