December 11 2018
0
The conflict between the director of the Federal Service of the National Guard of the Russian Federation (Rosguard) Army General Viktor Zolotov and politician Alexei Navalny was continued. The general filed a lawsuit in court to protect the unit, dignity and business reputation. 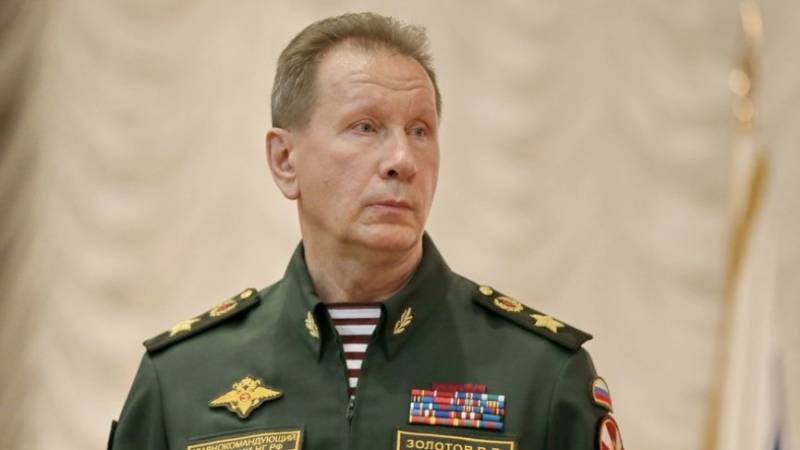 The case of Zolotov v. Navalny will be considered in the Lublin court of Moscow. The head of the Rosguard asks the court to acknowledge the information about Zolotov’s real estate and corruption of the department’s leadership, distributed by Alexei Navalny, as untrue. This information is detrimental to the reputation, honor and dignity of the FSVNG director.

The general is going to recover one million rubles from Navalny. At the same time, according to Zolotov’s lawyer, in the event the claim is satisfied, the general will send the collected money to one of the Russian orphanages.

Recall that before the General of the Army Zolotov was going to otherwise "deal" with Navalny and even called policy for a sports match on the tatami. But Navalny, for obvious reasons (Zolotov is an athlete who has served in power structures all his life), did not accept the call of the general. So now the duel between the politician and the general will take place already in court.
Ctrl Enter
Noticed oshЫbku Highlight text and press. Ctrl + Enter
We are
Zolotov - to Navalny: “I called you to another”
Challenge accepted: Navalny answered the head of Rosguard Zolotov
Reporterin Yandex News
Read Reporterin Google News
Ad
We are open to cooperation with authors in the news and analytical departments. A prerequisite is the ability to quickly analyze the text and check the facts, to write concisely and interestingly on political and economic topics. We offer flexible working hours and regular payments. Please send your responses with examples of work to [email protected]
Information
Dear reader, to leave comments on the publication, you must sign in.