December 7 2018
1
In view of the inadequacy of the Ukrainian authorities in relation to their own citizens, Russia is meeting those Ukrainians who are being persecuted in their own country. 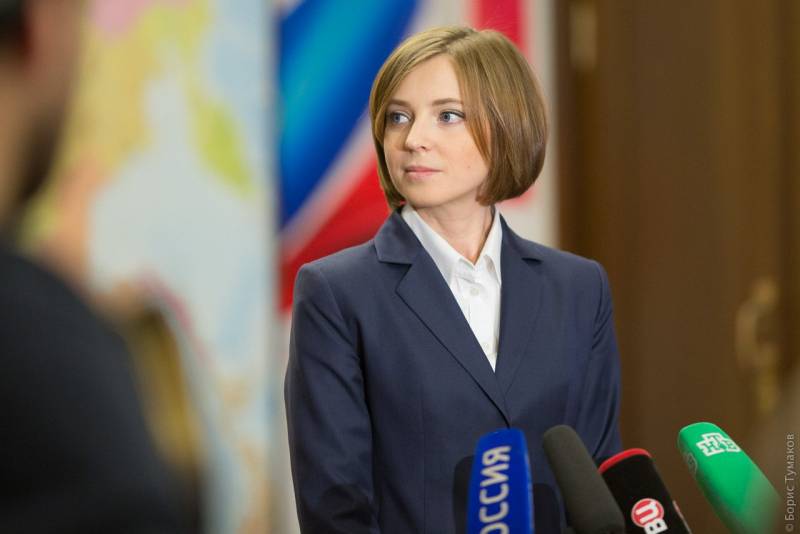 After Kiev decided to break the friendship agreement between the states, State Duma deputy Natalya Poklonskaya said that residents of Ukraine, who are being persecuted by the Ukrainian authorities, may ask political refuge in Russia.

The deputy noted that in Ukraine they violate the rights and freedoms of the Russian-speaking population of the country and reproached Western human rights defenders in completely ignoring the problem:

At the same time, Natalya Poklonskaya emphasized that such actions are "weak consolation for a sinking ship with a drunk and stealing captain at the head."

By and large, Ukrainians who are forced to flee the country from political persecution have nowhere else to flee except Russia.

Europe, which indulges the Ukrainian authorities in everything, can very well arrange extradition upon request from Kiev, and not everyone has the means to flee further.
Ctrl Enter
Noticed oshЫbku Highlight text and press. Ctrl + Enter
We are
Poroshenko puts an end to friendship with Russia
Why is the UN politically blind
Reporterin Yandex News
Read Reporterin Google News
Ad
The publication is looking for authors in the news and analytical departments. Requirements for applicants: literacy, responsibility, efficiency, inexhaustible creative energy, experience in copywriting or journalism, the ability to quickly analyze text and check facts, write concisely and interestingly on political and economic topics. The work is paid. Contact: [email protected]
1 comment
Information
Dear reader, to leave comments on the publication, you must to register.
I have an account? Sign in