December 6 2018
0
The excitement that the United States arranged from the passage of its destroyer somewhere at a horizontal horizon from Russian territorial waters forced the Russian Ministry of Defense to evaluate this “feat”. 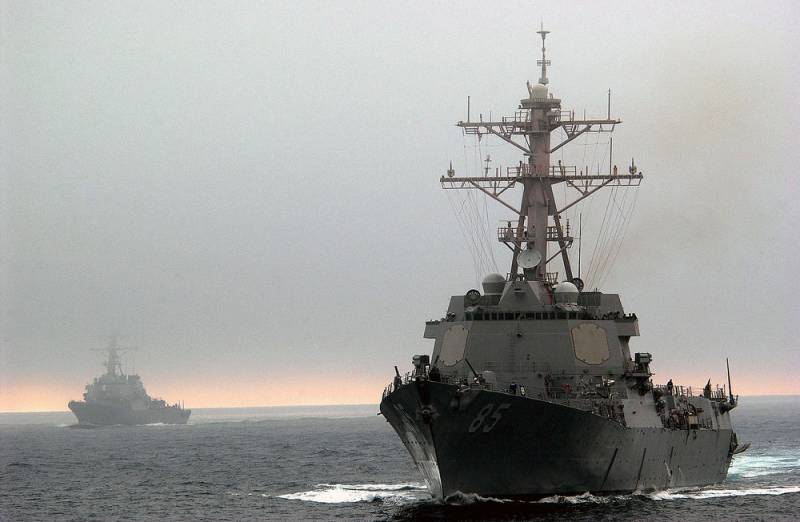 The Russian Defense Ministry also noted that the movement of the American destroyer was under the constant control of Russian warships and aircraft of the Pacific Fleet.

According to Konashenkov, as soon as the McCampbell crew realized that he was being “patronized”, he gained momentum and now prefers to “demonstrate” his courage at a distance of more than 400 kilometers from Russian territorial waters.

Thus, as a result of the actions of the Russian fleet, it was experimentally established that the "immediate proximity" with which the Americans decide to "challenge the excessive sea claims of Russia" is somewhere in the range from 100 to 500 kilometers to Russian territorial waters.

In this situation, it is not surprising that Russia often does not even suspect that the US Navy is challenging it.
Ctrl Enter
Noticed oshЫbku Highlight text and press. Ctrl + Enter
We are
US destroyer demo pass: a challenge that Russia has not noticed
Russian Defense Ministry: US trains fighters from Syrian refugees
Reporterin Yandex News
Read Reporterin Google News
Ad
We are open to cooperation with authors in the news and analytical departments. A prerequisite is the ability to quickly analyze the text and check the facts, to write concisely and interestingly on political and economic topics. We offer flexible working hours and regular payments. Please send your responses with examples of work to [email protected].ru
Information
Dear reader, to leave comments on the publication, you must sign in.