US destroyer demo pass: a challenge that Russia has not noticed

December 6 2018
0
The American Navy has a rather strange tradition of bringing the passage of its ships near the territorial waters of other countries to the level of feat. 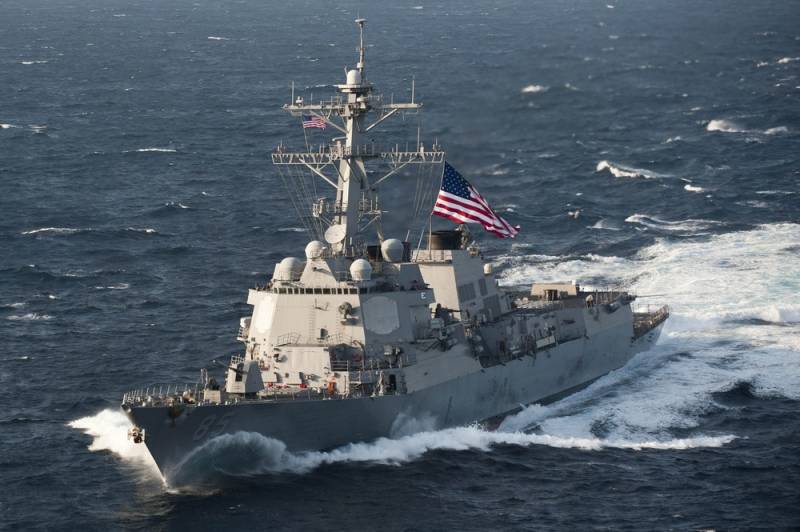 And if, at the same time, somewhere beyond the horizon was a military ship or a military base of another state, then such a passage of the ship of the American Navy generally equates to an act of desperate heroism.

It was yesterday that the US naval destroyer McCampbell passed in international waters near the Peter the Great Bay in Primorye, where the Russian Pacific Fleet is based, as the Americans trumpeted the whole world about it.

Here's what it looked like in a statement made by the US Pacific Fleet press service:

McCampbell sailed around Peter the Great Bay to challenge Russia's excessive maritime claims and uphold the rights, freedoms and lawful use of the sea, which is at the disposal of the United States and other countries

But right then, just in case, there was a reservation that this step was not directed against Russia or other countries and was not connected with the recent incident in the Kerch Strait, where the Ukrainian Navy craft provoked invading the territorial waters of Russia.

The fact that the American destroyer did not succeed in “challenging the excessive sea claims” is best demonstrated by the fact that no reaction from Russia took place.

Fighter-bombers didn’t scare American sailors, and warships didn’t take them for ramming, as it was in the Black Sea in 1988, when the Soviet guard “Bezavezhetny” took the American cruiser “Yorktown” onto the ram, forcing him to retire.
Ctrl Enter
Noticed oshЫbku Highlight text and press. Ctrl + Enter
We are
Why is the US investing one and a half trillion dollars in Pacific countries?
Japan: "riding" the ports of Primorye, go to the Trans-Siberian
Reporterin Yandex News
Read Reporterin Google News
Ad
We are open to cooperation with authors in the news and analytical departments. A prerequisite is the ability to quickly analyze the text and check the facts, to write concisely and interestingly on political and economic topics. We offer flexible working hours and regular payments. Please send your responses with examples of work to [email protected]
Information
Dear reader, to leave comments on the publication, you must sign in.