Severely ill Yanukovych was left without a final word in court

December 5 2018
2
Former President of Ukraine Viktor Yanukovych did not speak on December 5 with the last word before the Obolonsky District Court of Kiev, which today completed the trial of high treason against the former head of state. 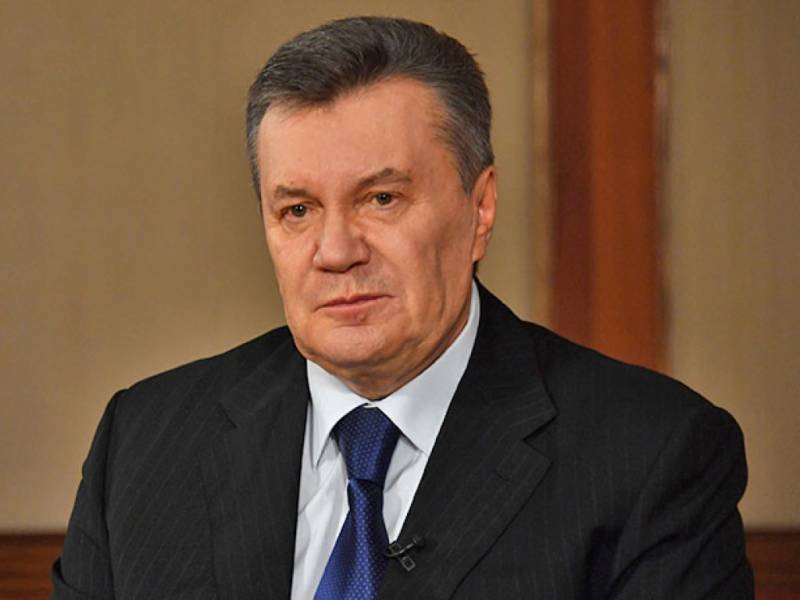 The lawyer of Viktor Yanukovych Alexander Goroshinsky said that his ward is seriously ill. Therefore, Yanukovych was not able to participate in the court session in video conferencing mode. The lawyer did not report what happened to the health of the former president of Ukraine.

Meanwhile, it is known that in mid-November 2018, Yanukovych was injured at the Scientific Research Institute named after Sklifosovsky in Moscow. Then it was kind of like a sports injury received by a retired president. After her, Yanukovych lost the ability to move independently, and the treatment of the consequences of the injury dragged on.

Recall that the 68-year-old Viktor Yanukovych does not refuse to testify in court by video link, but now he cannot do this because of his health. Therefore, if a court decision is passed without giving Yanukovych the last word, this will become a flagrant and unprecedented violation of legal norms.
Ctrl Enter
Noticed oshЫbku Highlight text and press. Ctrl + Enter
We are
Yanukovych will not say “last word” due to serious injury
Viktor Yanukovych was injured in a Moscow hospital
Reporterin Yandex News
Read Reporterin Google News
Ad
We are open to cooperation with authors in the news and analytical departments. A prerequisite is the ability to quickly analyze the text and check the facts, to write concisely and interestingly on political and economic topics. We offer flexible working hours and regular payments. Please send your responses with examples of work to ol[email protected]
2 comments
Information
Dear reader, to leave comments on the publication, you must sign in.