From MS-21 to hypersound: how projects of the future are being tested in Russia

December 4 2018
0
December 1 marks exactly 100 years since the founding of the Central Aerohydrodynamic Institute (TsAGI). Not only all domestic civilian and military planes “flew” through the wind tunnels of this legendary scientific institution, but also the Federation spacecraft, and even the Motherland Motherland monument that stands in Volgograd. 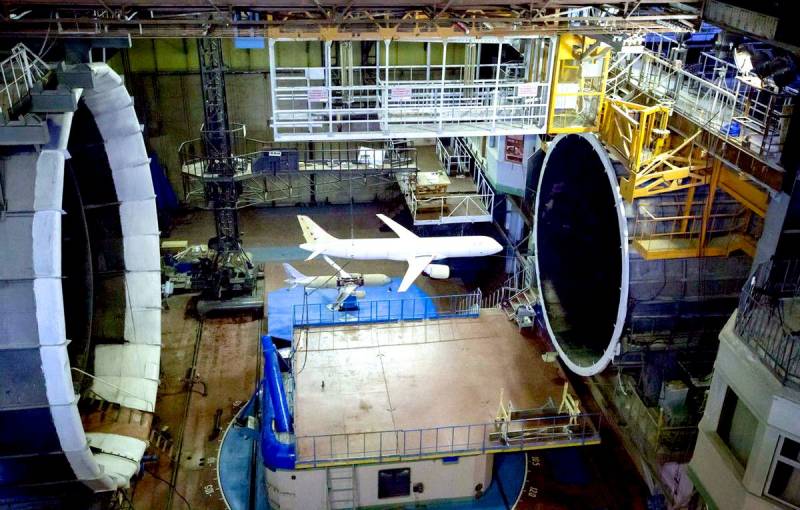 When developing a new aircraft, TsAGI experts first give recommendations to the design office, and then give it an expert assessment, conducting tests in their wind tunnels. It would seem that today the computing power of computers allows you to calculate all the loads on a virtual model, and you can already do without “purging”. However, this is not so, explains Sergey Chernyshev, TsAGI Scientific Advisor:

In aviation science, experiment is crucial. The vast majority of problems cannot be solved analytically due to the huge number of influencing factors. Observations and experience allow us to build adequate mathematical models and give engineering calculations methods based on them.

For example, thanks to the calculations and tests made by the Institute’s specialists, it became possible the emergence of a new aerobatics figure called “Cobra Pugacheva”. At the Paris Air Show in 1989, pilot Victor Pugachev, sitting at the helm of the Su-27, showed what the audience called flying tail-ahead, and at TsAGI these unusual capabilities of the aircraft were called "dynamic access to large supercritical angles of attack." For the fantastic maneuverability of the Soviet fighter were three years of the institute.

Solved in TsAGI and more unusual tasks. It was possible to "blow" cars, windmills, bridges, high-speed trains, high-rise pipes and even Moscow City skyscrapers in his pipe, naturally, in the form of a model. Probably the most non-standard problem posed to the institute in the seventies of the last century was the monument “Motherland” on Mamaev Kurgan. Due to the wind, the sword began to swing in the hands of the monument, causing vibrations to crack in the structure. "Purge" of the model of the monument in the wind tunnel allowed to identify design errors, after which a dynamic vibration damper was created, and the sword was replaced with a longitudinal slit in the faces. Thanks to TsAGI specialists, it was possible to normalize the level of dangerous vibrations of the Soviet monument. The experience gained was subsequently used in the installation of the Victory Monument on Poklonnaya Hill.


The promising Russian spacecraft Federation, which is supposed to make its first flight in 2023, was driven out through the copper pipes of the scientific institute. The specialists of RSC Energia needed to know how thick the thermal protection would be required, and how the temperature would be distributed over the surface of the device during descent to Earth.

But still, the main purpose of TsAGI is to help develop aircraft. It was here that the idea of ​​a variable sweep wing arose in due time, the first Soviet jet aircraft and the first Soviet supersonic airliner were developed. Currently, the institute is helping to create a promising medium-range airliner MS-21. A representative of Sukhoi Civil Aircraft explains:

Now stall tests are underway. Ahead is the assessment of the take-off and landing characteristics of the liner, tests in various climatic conditions - in winter, summer, on a wet strip and on an ice runway.

Among the promising developments in the arsenal of a scientific institution is the development of a supersonic liner with a capacity of 10-12 passengers, as well as various hypersonic devices. We are even considering the possibility of creating a business jet flying at a speed twice the sound speed. A similar aircraft may appear by 2030. Engaged in TsAGI and helicopters. For example, there is an interesting project of a high-speed helicopter with a wing-stop rotor.
Ctrl Enter
Noticed oshЫbku Highlight text and press. Ctrl + Enter
We are
New Russian ekranoplan: a breakthrough or an unnecessary toy?
The end of the "Union": the Americans did not leave Russia a chance
Reporterin Yandex News
Read Reporterin Google News
Ad
We are open to cooperation with authors in the news and analytical departments. A prerequisite is the ability to quickly analyze the text and check the facts, to write concisely and interestingly on political and economic topics. We offer flexible working hours and regular payments. Please send your responses with examples of work to [email protected]
Information
Dear reader, to leave comments on the publication, you must sign in.