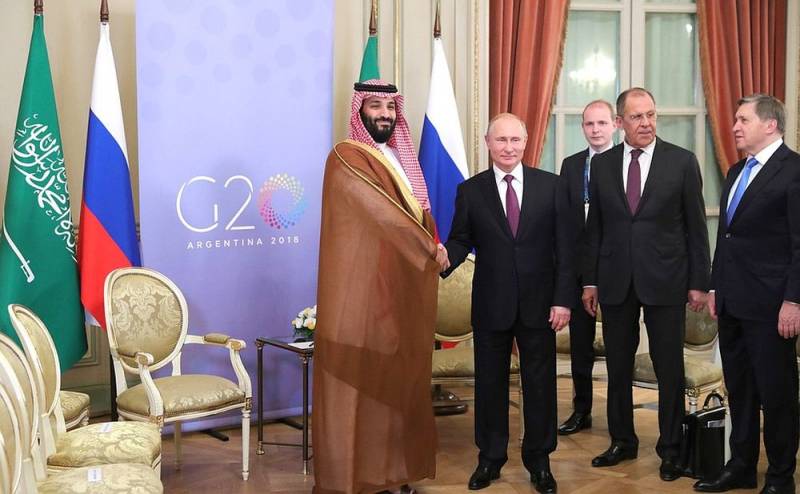 The reason the oil price started to rise on the London ICE is simple. This happened amid reports that Russia and Saudi Arabia agreed to extend the OPEC + agreement.

It should be noted that during the period from November 30 to December 1, 2018, the 13th G20 summit was held in Buenos Aires, Argentina. It was there, on December 1, 2018, that President of Russia Vladimir Putin and Crown Prince of Saudi Arabia, Mohammed bin Salman al-Saud, came to mutual understanding.

We remind you that according to OPEC + oil-producing countries have committed to reduce oil production in order to achieve reasonable prices. In fact, Moscow and Riyadh have broken the trend towards a decrease in oil prices on world sites.

After all, before that, London and Washington very carefully lowered world prices, manipulating information about increasing oil reserves in the United States. And in November 2018, they managed to reduce the price by 21,6%, this is a record figure for the last ten years.
Ctrl Enter
Noticed oshЫbku Highlight text and press. Ctrl + Enter
We are
Russia will run out of oil: Prince Saud made a “prediction”
Saudi Arabia refused to pay for the American "roof"
Reporterin Yandex News
Read Reporterin Google News
Information
Dear reader, to leave comments on the publication, you must sign in.