December 1 2018
0
In Houston, George W. Bush, the former president of the United States of America, died in his 95th birthday. This was told to Reuters by his assistant, Jim McGrath. George W. Sr. ruled America for one term, from 1989 to 1993, after which he was succeeded by the victorious Bill Clinton. 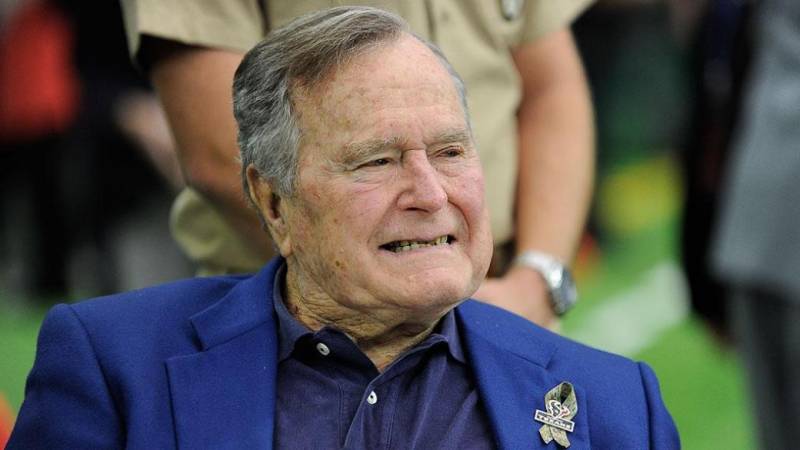 The prefix “elder” began to be added to his surname after one of his sons, George W. Bush, became the American president in 2001.

It was the reign of George W. Bush that was marked by the fall of the Berlin Wall, the collapse of the Soviet Union and the end of the Cold War. Under him, America participated in military operations in the Philippines and in some other countries of the world, and also conducted Operation Desert Storm in Iraq against Saddam Hussein.

The 41st president outlived his wife Barbara Pierce Bush, who was married to him for 73 years, for only a few months. The ex-president left behind five children, 17 grandchildren and 7 great-grandchildren.

He lived a bright and eventful life. George W. Bush managed to participate in the Second World War, was engaged in the oil business, and then in 1964 he left for the big policies.

Over the past few months, the ex-president has been feeling unwell, and yesterday, at the age of 94, he passed away.
Ctrl Enter
Noticed oshЫbku Highlight text and press. Ctrl + Enter
We are
Russia decided to overestimate the results of the Afghan war
First Soros, now Clinton: Trump opponents receive bombs in the mail
Reporterin Yandex News
Read Reporterin Google News
Ad
We are open to cooperation with authors in the news and analytical departments. A prerequisite is the ability to quickly analyze the text and check the facts, to write concisely and interestingly on political and economic topics. We offer flexible working hours and regular payments. Please send your responses with examples of work to [email protected]
Information
Dear reader, to leave comments on the publication, you must sign in.