November 30 2018
0
Private company Blue Origin, a direct competitor to another US company SpaceX, has provided details about the first stage (reusable) of its future launch vehicle (LV) “New Glenn”. However, now only SpaceX has a working by technology reusable first stage for its Falcon 9 LV, and why the company turned out to be from reusable second stage, we Reported earlier. 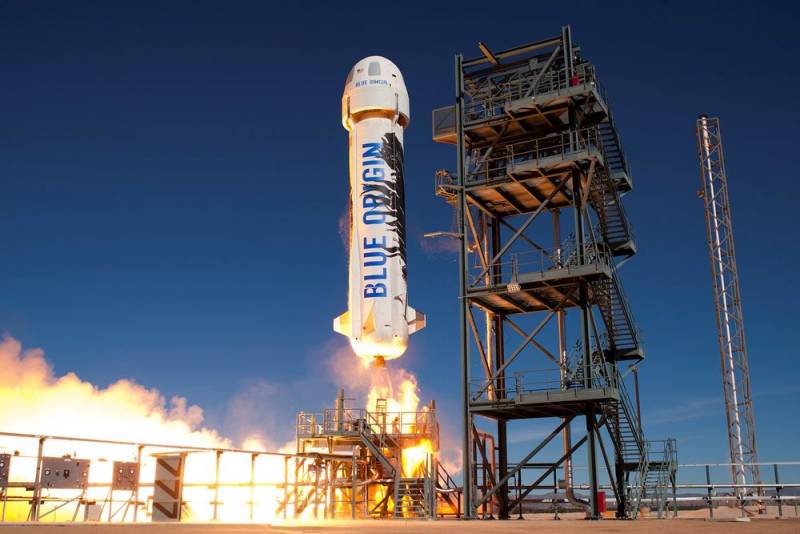 At the same time, for several years now, the company has been engaged in various tests and tests, and it promises to launch the first full-fledged launch in 2021. Although it was previously reported that this will happen in 2020. After that, they want to carry out 12 launches every year.


The developers report that the New Glenn is being designed (since 2012) as a two- or three-stage heavy launch vehicle. It will be able to launch cargo weighing up to 45 tons into low Earth orbit, and 13 tons into geostationary orbit. The first stage of the launch vehicle can be launched up to 25 times, and the BE-4 methane engine manufactured by Blue Origin installed on it can be launched up to 100 times.

He founded Blue Origin in 2000, an American billionaire and one of the richest people on the planet, Jeff Bezos, the owner of Amazon. He invested $ 2,5 billion in the creation of the New Glenn launch vehicle. By the way, Blue Origin is also testing the reusable New Shepard suborbital tourist system. At the same time, the main task is to create infrastructure for deep space exploration. And how the competition between Blue Origin and SpaceX will end, we will find out in the foreseeable future.
Ctrl Enter
Noticed oshЫbku Highlight text and press. Ctrl + Enter
We are
Why SpaceX refused a reusable second stage for the Falcon-9
First launch: why the Chinese "Red Bird" did not take off
Reporterin Yandex News
Read Reporterin Google News
Ad
We are open to cooperation with authors in the news and analytical departments. A prerequisite is the ability to quickly analyze the text and check the facts, to write concisely and interestingly on political and economic topics. We offer flexible working hours and regular payments. Please send your responses with examples of work to [email protected]
Information
Dear reader, to leave comments on the publication, you must sign in.