Erdogan wants to become a mediator in the Kerch conflict

November 29 2018
0
The Kerch incident disturbed the closest neighbor of Russia and Ukraine in the Black Sea region - Turkey. Turkish President Recep Erdogan offered his country's mediation services in resolving the contradictions between the two neighbors. 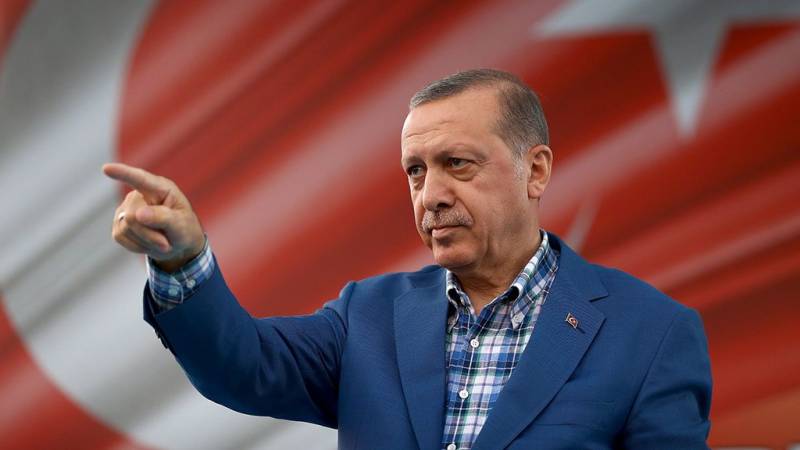 It seems that these are not just words. On Wednesday, November 28, Erdogan held talks on this issue with the presidents of Russia and Ukraine, Vladimir Putin and Petro Poroshenko, as well as with US President Donald Trump. That is, the Turkish leader approached the issue in detail.

Recep Erdogan, flying to Argentina for the GXNUMX summit, said that he would continue to communicate with Russian and American presidents on this issue.

Recall that as soon as Russian ships detained Ukrainian boats in the Kerch Strait, Turkish Foreign Minister Mevlut Cavusoglu stated that his country has good relations with both Russia and Ukraine, so Ankara intends to maintain contacts with Moscow and Kiev to reduce the tension.

It is still unknown whether Russia and Ukraine will agree to the mediation of Erdogan. But the fact that the Turkish president shows such great attention to the events in the Kerch Strait is understandable - Turkey even now continues to consider the Crimea and the Black Sea region as its historical sphere of interests.
Ctrl Enter
Noticed oshЫbku Highlight text and press. Ctrl + Enter
We are
US-France scandal: Macron responds to Trump
Trump torpedoes negotiations with Putin at the request of Macron
Reporterin Yandex News
Read Reporterin Google News
Ad
We are open to cooperation with authors in the news and analytical departments. A prerequisite is the ability to quickly analyze the text and check the facts, to write concisely and interestingly on political and economic topics. We offer flexible working hours and regular payments. Please send your responses with examples of work to [email protected]
Information
Dear reader, to leave comments on the publication, you must sign in.