November 28 2018
0
From sources in Ukrainian diplomatic circles, it became known that Kiev was trying to convince Washington to open a military base in Ukraine. 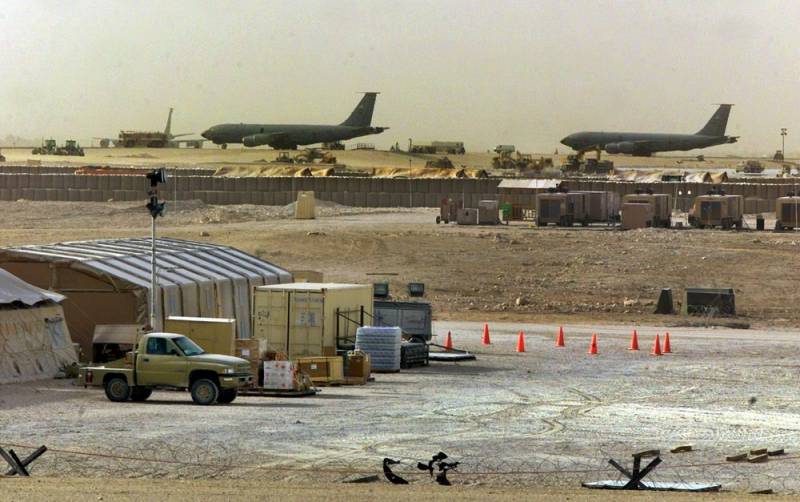 We see that Poland is actively negotiating the deployment of an American base because of a threat from Moscow. The length of our border with Russia is much longer, so we believe that we should also have a US military base
- specified in the message of one of the sources.

Another source said that so far we are talking about backstage negotiations and Kiev’s attempts to explain to Washington all the importance and necessity of creating such a base. In his opinion, this issue is particularly relevant against the background of “aggravation in the Sea of ​​Azov”, which has become another round of tension in relations between Moscow and Kiev.

It should be noted that the deputy from the party ruling in Ukraine, the Party of Petro Poroshenko Bloc, Ivan Vinnik, confirmed this information. He said that the topic of deploying an American military base in Ukraine is indeed being discussed with the United States.

Vinnik said that at the political level, dialogue with the Americans is underway. He did not go into details, specifying that in the legal aspect it is more advisable to talk more about Ukraine’s integration into NATO. But he added that Kiev needs such a base, "this is for sure." Otherwise, Ukraine will not be able to fully ensure its security because of policy Moscow

The MP believes that the US base will ensure long-term security and help resolve various "issues of military deterrence and countermeasures." Regarding the possible location, he said that it should be determined “taking into account the military threats that may arise in the country”. He is sure that similar threats can arise in the east of Ukraine and in Crimea.

The latter is not very clear. Does Kiev really offer the United States to deploy a military base in the conflict zone in the Donbas or in the Russian Crimea? It is highly doubtful that Washington would like such a “seductive” offer. And Washington’s reaction to such a proposal will be more than predictable.

It must be recalled that the United States has not yet decided to acquire a military base in absolutely calm Poland, which was mentioned above. Although the Poles have already come up with a colorful name for her - "Fort Trump."
Ctrl Enter
Noticed oshЫbku Highlight text and press. Ctrl + Enter
We are
Russia must be punished: Ukraine has figured out how to return Crimea
And one warrior in the field: the senator fights for Russia in the USA
Reporterin Yandex News
Read Reporterin Google News
Ad
We are open to cooperation with authors in the news and analytical departments. A prerequisite is the ability to quickly analyze the text and check the facts, to write concisely and interestingly on political and economic topics. We offer flexible working hours and regular payments. Please send your responses with examples of work to [email protected]
Information
Dear reader, to leave comments on the publication, you must sign in.