November 27 2018
4
It became known that on November 26, 2018, a meeting was held at the Ministry of Finance, at which a group of large Russian businessmen proposed a number of new investment projects. Major investors, such as Norilsk Nickel by Vladimir Potanin, Metalloinvest Alisher Usmanov and Polyus Said Kerimov (son of Suleiman Kerimov) are ready to spend 1,8 trillion. rub. 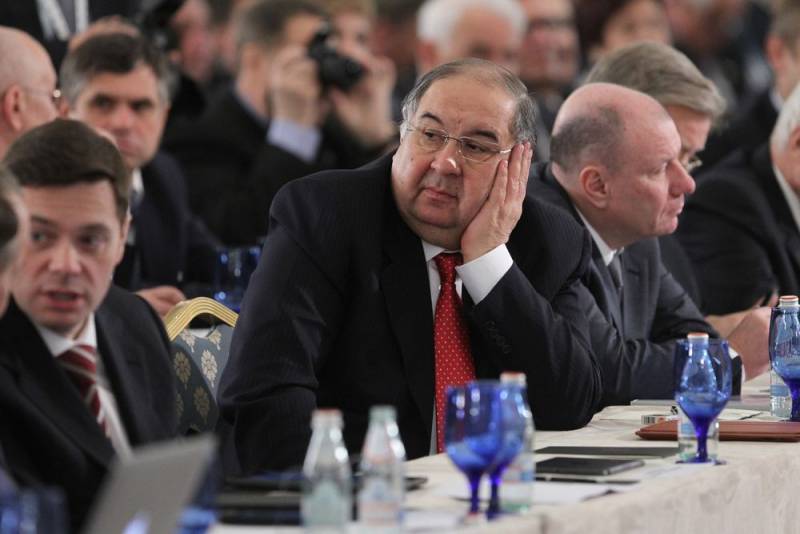 As reported by IA RBC, a copy of the "Belousov list" (Assistant to the President of Russia) appeared in one of the Telegram channels. The information is confirmed by the agency’s sources in the companies that participated in the mentioned event. It is clarified that not all numbers from the list are correct, and they will be further clarified. Some companies claim that they have not announced so many projects. Others say that not all projects are there.

In addition to the three above-mentioned investors, one can distinguish another large group of companies: Sibur (the largest shareholder is Leonid Mikhelson), Severstal Alexei Mordashov, Uralkali Dmitry Mazepin and Fosagro Andrey Guryev.

It should be noted that the start of the process of attracting investments was laid by Alexander Belousov, who in August 2018 proposed withdrawing more than 500 billion rubles. excess returns for 2017 at 14 fertilizer producers, metallurgical and petrochemical companies. And so the “Belousov list” appeared. But in the process of communicating with business representatives, the format has changed somewhat. And the meetings of the working group on this issue became weekly.
Ctrl Enter
Noticed oshЫbku Highlight text and press. Ctrl + Enter
We are
Russia will live with a surplus budget: the “three-year plan” approved by the Federation Council
Ukrainian ministers divided Yanukovych billions
Reporterin Yandex News
Read Reporterin Google News
Ad
The publication is looking for authors in the news and analytical departments. Requirements for applicants: literacy, responsibility, efficiency, inexhaustible creative energy, experience in copywriting or journalism, the ability to quickly analyze text and check facts, write concisely and interestingly on political and economic topics. The work is paid. Contact: [email protected]
4 comments
Information
Dear reader, to leave comments on the publication, you must sign in.