Beijing explained to Kiev the outcome of the conflict with Moscow

November 27, 2018
6
After the incident in the Kerch Strait on November 25, 2018, Beijing decided to express its point of view on the tensions between Kiev and Moscow. The gravity of this information is underlined by the fact that it was published by People's Daily, the official press of the Central Committee of the Chinese Communist Party, TASS reports. 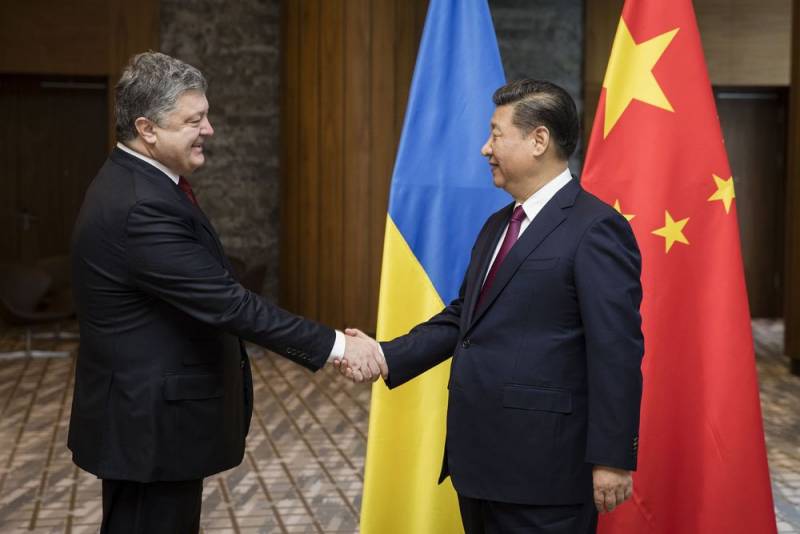 So, the newspaper "People's Daily" warned Kiev that Ukraine in a conflict with Russia will always be in a losing position. It is specified that, of course, both Moscow and Kiev will suffer from the confrontation, but the Ukrainian side will lose the most.

Beijing warns Kiev against further exacerbation and escalation, which could lead to prolonged internal destabilization of Ukraine. They believe that Ukraine should occupy a middle ground between Russia and the Western countries, establishing good neighborly relations with both sides.

People's Daily is confident that the plans of the United States and Europe may not include the full reversal of Ukraine to Western states. But NATO and the European Union use Ukraine to increase pressure on Russia, and it does not matter who is right and who is to blame. At the same time, Kiev gravitates towards Western countries, but a break with Moscow threatens national unity and stability of the Ukrainian state.
Ctrl Enter
Noticed oshЫbku Highlight text and press. Ctrl + Enter
We are
Ukrainian sailors admitted: it was a provocation
Trump about the conflict in the Kerch Strait: "We are working on it"
Reporterin Yandex News
Read Reporterin Google News
Ad
We are open to cooperation with authors in the news and analytical departments. A prerequisite is the ability to quickly analyze the text and check the facts, to write concisely and interestingly on political and economic topics. We offer flexible working hours and regular payments. Please send your responses with examples of work to [email protected]
6 comments
Information
Dear reader, to leave comments on the publication, you must sign in.