"The enemy will not pass." The combined forces of Ukraine are in full combat readiness

November 27 2018
0
After the incident between Ukraine and Russia in the Black Sea and the introduction of martial law in Nezalezhnaya, they declare that the United forces are on full alert. The relevant information was reported by the press center of the operation of the United Forces. 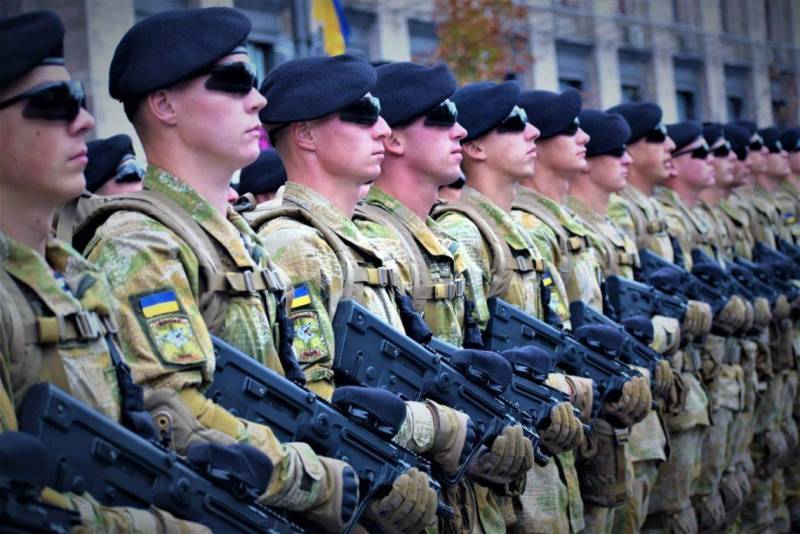 Also come from Ukraine news that the Security Service and military units of the Armed Forces of Ukraine are on alert.

Moreover, according to the Ukrainian president Petro Poroshenko, the country does not intend to fight with anyone, and martial law is introduced solely for defense purposes.

It should be noted that the Verkhovna Rada of Ukraine partially supported the decision of Poroshenko and the National Security and Defense Council on the introduction of martial law. It was announced in ten regions for a period of 30 days, starting on November 28. First, it was about Odessa, Nikolaev, Kherson, Vinnitsa, Sumy, Kharkov, Chernihiv and Lugansk regions, later Donetsk and Zaporizhzhya regions were added to them. In addition, martial law extends to the internal waters of the Sea of ​​Azov and the Kerch Strait.
Ctrl Enter
Noticed oshЫbku Highlight text and press. Ctrl + Enter
We are
Poroshenko spoke about the military plans of Ukraine
APU are put on full alert
Reporterin Yandex News
Read Reporterin Google News
Ad
We are open to cooperation with authors in the news and analytical departments. A prerequisite is the ability to quickly analyze the text and check the facts, to write concisely and interestingly on political and economic topics. We offer flexible working hours and regular payments. Please send your responses with examples of work to [email protected]
Information
Dear reader, to leave comments on the publication, you must sign in.