It is established what salary Russians need for happiness

November 24 2018
3
It became known how much money Russians need to make them feel happy. Moreover, the Russians themselves specified this. And a study on this burning topic was conducted by a job search and staff recruitment service based on SuperJob resumes and vacancies. 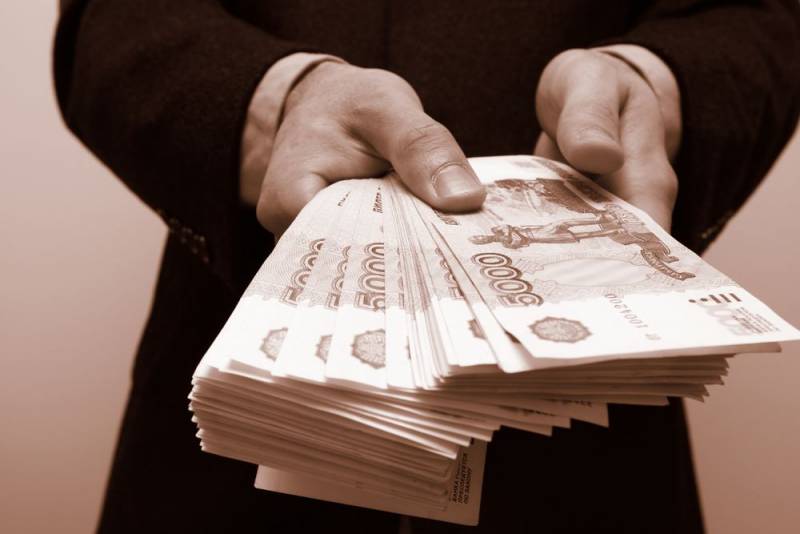 It turned out that for happiness, at present, at current prices, inflation and other indicators, there are not enough salaries in the amount of from 116 thousand rubles. up to 208 thousand rubles But in different cities and regions, people have different needs. Surprisingly, Moscow was not at the top of the rating, and St. Petersburg generally found itself in the middle of the list.

The highest material requests were received in Vladivostok. This is there, in the capital of Primorye, for happiness, 208 thousand rubles are required, which is 18,5 times the minimum wage (minimum wage) for the Primorsky Territory. Informs «РИА Новости»referring to the survey.

The survey participants answered the question: How much money a month is enough for you to feel like a happy person? Only residents of those cities where the adult population, i.e. over 18 years old, exceeds 500 thousand people. The study was conducted in 37 cities of Russia. Moreover, in Moscow and St. Petersburg, 1 thousand residents were surveyed, and in other cities, 500 residents each.
Ctrl Enter
Noticed oshЫbku Highlight text and press. Ctrl + Enter
We are
Bolton assured: We will not deploy missiles in Europe
An unprecedented increase in the salaries of Russians in 2018 was noted
Reporterin Yandex News
Read Reporterin Google News
Ad
We are open to cooperation with authors in the news and analytical departments. A prerequisite is the ability to quickly analyze the text and check the facts, to write concisely and interestingly on political and economic topics. We offer flexible working hours and regular payments. Please send your responses with examples of work to [email protected]
3 comments
Information
Dear reader, to leave comments on the publication, you must sign in.