What does Poroshenko discuss with Putin's godfather?

November 23 2018
0
Ukrainian journalists continue to dig under President Petro Poroshenko. So, the investigation of the Scheme program, a joint project of Radio Liberty and the UA: First television channel, says that the head of the Ukrainian state supposedly meets regularly with the famous businessman Viktor Medvedchuk, and this is an occasion to think about it. 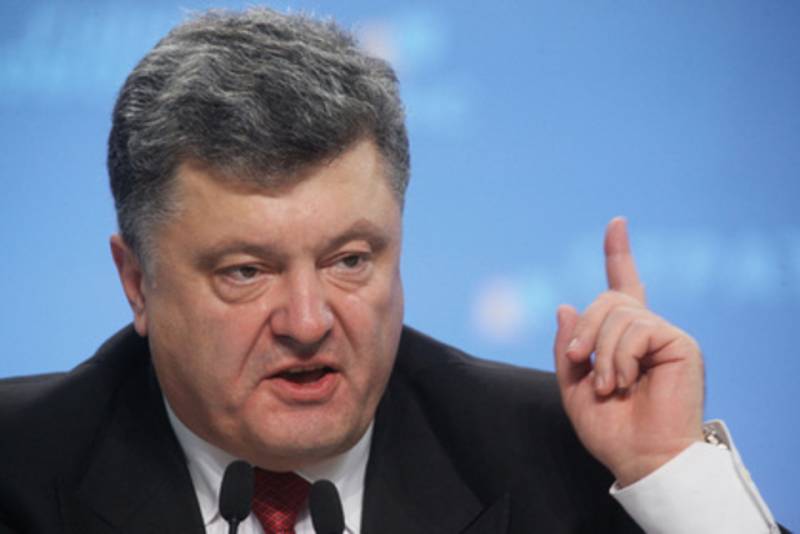 Victor Medvedchuk is the leader of the Ukrainian Choice social movement. In Ukraine, he is considered a pro-Russian politician, and such an opinion is justified. Medvedchuk is not just a statesman, he is a close acquaintance and godfather of Russian President Vladimir Putin.

Ukrainian media suggest that Putin's godfather may discuss with the Ukrainian president the personal composition of the sanctions list. After all, once he came to Poroshenko immediately after Russia introduced sanctions against a number of Ukrainian companies and political figures.

I must say that Poroshenko treats Medvedchuk with obvious respect. So, back in 2014, he included him in the subgroups on humanitarian issues as part of the tripartite contact group to resolve the situation in the Donbass, and also emphasized the effectiveness of Viktor Medvedchuk in organizing the exchange of prisoners. But Ukrainian nationalists are convinced that if the president makes contact with Medvedchuk, then he can have direct contacts with Moscow.
Ctrl Enter
Noticed oshЫbku Highlight text and press. Ctrl + Enter
We are
Viktor Yanukovych was injured in a Moscow hospital
Poroshenko pocketed millions of dollars of Yanukovych
Reporterin Yandex News
Read Reporterin Google News
Ad
The publication is looking for authors in the news and analytical departments. Requirements for applicants: literacy, responsibility, efficiency, inexhaustible creative energy, experience in copywriting or journalism, the ability to quickly analyze text and check facts, write concisely and interestingly on political and economic topics. The work is paid. Contact: [email protected]
Information
Dear reader, to leave comments on the publication, you must to register.
I have an account? Sign in