Who will produce high-speed trains in Russia

November 22 2018
1
Recently we detail Reportedthat Russia has developed the concept of a high-speed train for future Russian railways. Now it became known who will produce them, the Deputy General Director of Russian Railways Alexander Misharin informed the public on November 22, 2018 at the forum “Transport of Russia”. 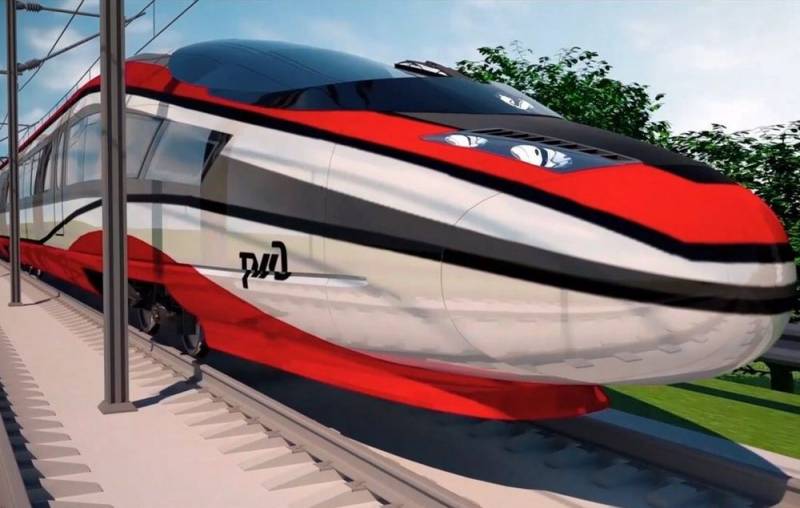 At present, in Russia there are no high-speed railways in their normal (classical) sense. All that is is the modernization of a small number of existing (still Soviet) tracks so that passenger trains can move at speeds up to 160 km / h.

Everything presented here will be produced in Russia. Today there are two possible enterprises that will produce this train. The first is Ural Locomotives (a joint venture of the Russian engineering group Sinara and the German concern Siemens) together with Siemens, the second is a new plant to be built here in the Central District, together with our Chinese colleagues
- Misharin specified.

It should be added that Russian Railways has repeatedly noted that new trains for the high-speed train will be necessarily produced in Russia. And the first real high-speed project will be the Moscow-Kazan railway (790 km). Its construction may require 1,7 trillion. rubles. This is approximately $ 26 billion at today's exchange rate, which is comparable to the state budget of countries such as Ukraine (about $ 30 billion).

At the same time, the Moscow-Kazan HSR itself will only be a segment of the Eurasia HSR in all respects even more gigantic. It should connect Asia (China) and Europe (Germany), through the territory of Russia.
Ctrl Enter
Noticed oshЫbku Highlight text and press. Ctrl + Enter
We are
In Russia, developed the concept of a high-speed train
The concept of new reserved seats for Russian Railways became known
Reporterin Yandex News
Read Reporterin Google News
Ad
We are open to cooperation with authors in the news and analytical departments. A prerequisite is the ability to quickly analyze the text and check the facts, to write concisely and interestingly on political and economic topics. We offer flexible working hours and regular payments. Please send your responses with examples of work to [email protected]
1 comment
Information
Dear reader, to leave comments on the publication, you must sign in.