What is known about the new head of the GRU?

November 22 2018
0
Special services are an important link in ensuring state security and cannot fully function in the absence of a leader. 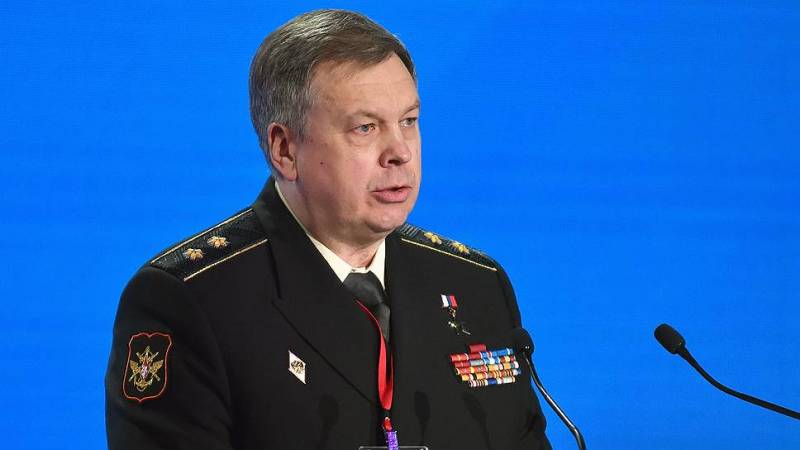 In a number of Russian media, citing sources in the Ministry of Defense of the Russian Federation, information appeared that Vice Admiral Igor Kostyukov was appointed acting head of the Main Directorate of the General Staff (GU General Staff, better known as the GRU) of the Russian Armed Forces.

Will Igor Kostyukov become a full-fledged head of military intelligence, the president of Russia Vladimir Putin will decide. According to the source, the vice admiral is the main candidate for the post of head of the GRU.

What is known about the new head of military intelligence?

Hero of Russia, Vice Admiral Igor Kostyukov is a graduate of the Military Diplomatic Academy of the Ministry of Defense, has tremendous professional experience, was one of the leaders of the military operation in the territory of the Syrian Arab Republic.
Ctrl Enter
Noticed oshЫbku Highlight text and press. Ctrl + Enter
We are
Head of the GRU Igor Korobov passed away
London demands sanctions against GRU leadership
Reporterin Yandex News
Read Reporterin Google News
Ad
We are open to cooperation with authors in the news and analytical departments. A prerequisite is the ability to quickly analyze the text and check the facts, to write concisely and interestingly on political and economic topics. We offer flexible working hours and regular payments. Please send your responses with examples of work to [email protected]
Information
Dear reader, to leave comments on the publication, you must sign in.