Head of the GRU Igor Korobov passed away

November 22 2018
1
The Russian armed forces suffered a heavy loss. Igor Korobov, the head of the Main Directorate of the General Staff of the RF Armed Forces, died (previously the agency he headed was called the GRU). The cause of death was a serious illness. 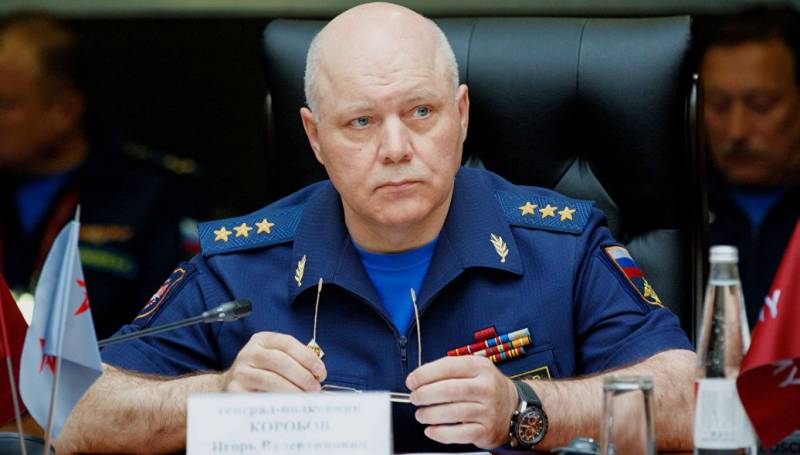 His name was among those who were on the sanctions list drawn up by the US Department of State under the Anti-America Opposition Act. That is, Washington accused him of interfering in the American election.

The deceased soldier has a wife and two daughters.

The bright memory of a wonderful man, a faithful son of Russia, a patriot of the Fatherland, Colonel General Igor Korobov, will forever remain in our hearts
- The Ministry of Defense of Russia said in a statement. The Office expressed condolences to his family.

It should be noted that the predecessor of Korobov, Igor Dmitrievich Sergun, died on January 3, 2016 at the age of 58 years. So Korobov did not live up to 63 years. Strikingly early deaths ...
Ctrl Enter
Noticed oshЫbku Highlight text and press. Ctrl + Enter
We are
London demands sanctions against GRU leadership
Appeal in the Armed Forces is disrupted: more than 50% of Ukrainians evaded
Reporterin Yandex News
Read Reporterin Google News
Ad
We are open to cooperation with authors in the news and analytical departments. A prerequisite is the ability to quickly analyze the text and check the facts, to write concisely and interestingly on political and economic topics. We offer flexible working hours and regular payments. Please send your responses with examples of work to [email protected]
1 comment
Information
Dear reader, to leave comments on the publication, you must sign in.