November 22 2018
4
Electric planes are very far from crowding out their cousins. This will not always be the case. 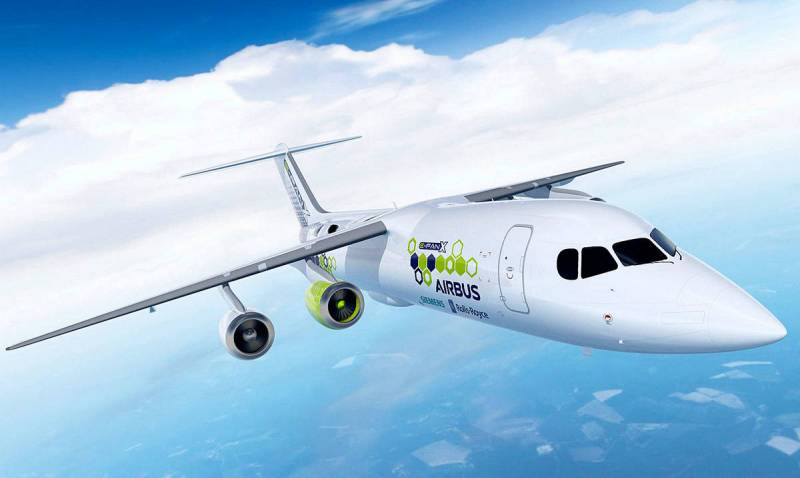 With the world in a thread

It's no secret that man is the main culprit of global warming. Alternative points of view also exist, but they, frankly, have far fewer supporters in the scientific world. One of the ways to improve the situation is to transfer vehicles to the "green" rails. In the world of cars, such a revolution has already occurred. To recall at least Tesla, who is so unloved by many (why it is not known for certain). According to the results of sales in 2017, sixteen thousand Tesla Model S were sold in Europe: this is higher than the performance of models of such premium brands Mercedes-Benz and Audi. And in the third quarter of 2018, Tesla produced 53 thousand Tesla Model 3 cars, making a profit for the first time in two years. A wonderful result, it should be noted.

However, we are a little off topic. It is no secret that Boeing and Airbus, the world's leading aircraft manufacturers, are doing everything to make their models more economical. For example, the new Boeing 737 MAX should consume sixteen percent less fuel than the Airbus A320, and four percent less than the new Airbus A320neo. But even in this case, the plane cannot be called “green”: here, it’s more likely just market requirements. After all, the cheaper the machine is in operation, the more likely it is to buy it. 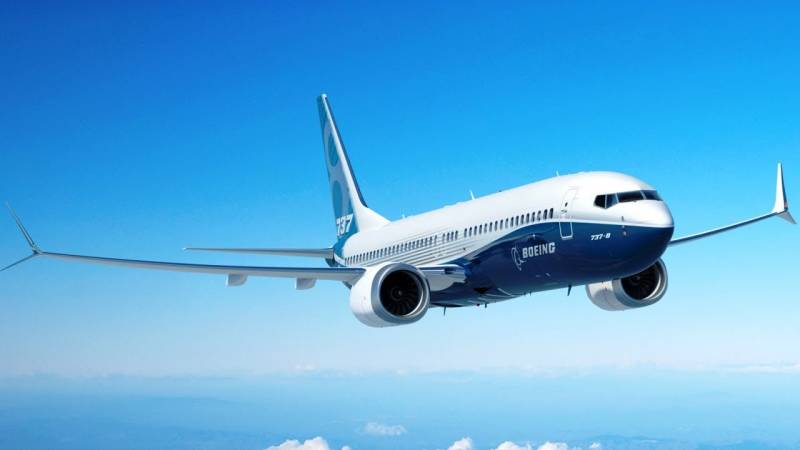 Electric planes did not reach the level of becoming popular airliners, although the history of electric planes is much longer than it might seem at first glance. Built on the basis of the Brditschka HB-3 airframe, the Militky MB-E1 electric aircraft took off into the sky as far back as 1973. Not to say that this gave rise to a kind of “boom”: environmental issues were not so acute then. The first commercial serial electric electric aircraft is considered the small Italian Alisport Silent Club, created in the 90s. This is the so-called motor glider: he covered most of the distance without using an engine.

The real revolution came later in the 2000s. And it is connected, strangely enough, with the PRC. By that time, such aircraft as the Swiss “Solar Impulse 2” were actively used for experimental and research purposes. Recall that in 2015-2016 he circled around the world using only solar energy. But it was China that gave the market what it needed: a cheap green plane. To be more precise, there are several models. Back in 2015, the Chinese commissioned the first manned electric plane created in the Middle Kingdom - now the already well-known RX1E. This is a small single-engine sports-type aircraft. The aircraft can lift a cargo weighing 480 kg, and the maximum flight speed is 120-150 km / h. You can fully charge the RX1E in 40 minutes. Its price is very moderate, by the standards of the world of aviation - about 160 thousand US dollars. 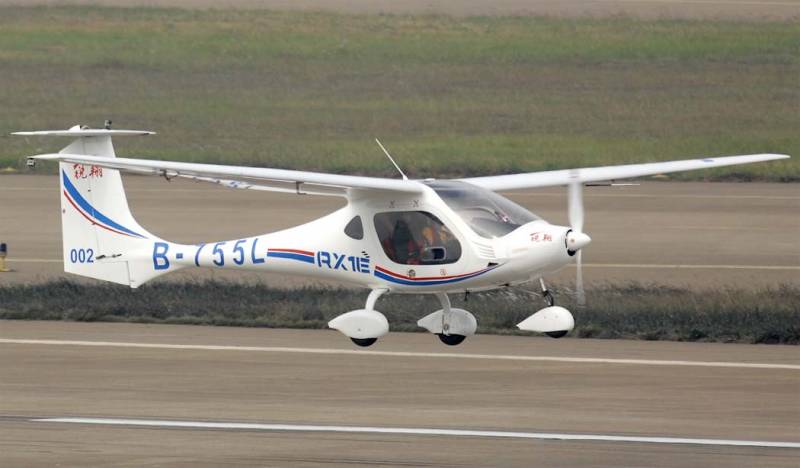 And in 2017, China successfully tested the new version of the RX1E, equipped with a hydrogen fuel cell electric motor with a capacity of up to 20 kilowatts. The stable operation of all systems was demonstrated even at an air temperature of –20 degrees Celsius. It must be assumed that this is only the beginning of a long Chinese path, on which there will be both dizzying successes and serious disappointments.

Not only China is taking steps towards clean aviation. In 2018, it also became known that the Australian company Diamond Aircraft Industries, in collaboration with Siemens, first took to the air the “green” version of the four-seat single-engine piston aircraft DA40. The designers removed the piston engine and installed a 110 kilowatt diesel generator to recharge the batteries instead. “This is the first mass-produced hybrid electric aircraft in the world with two freewheeling propellers and one internal combustion engine. Distributed propulsion architecture opens up completely new opportunities for the development of high-performance aircraft, ”Siemens said. 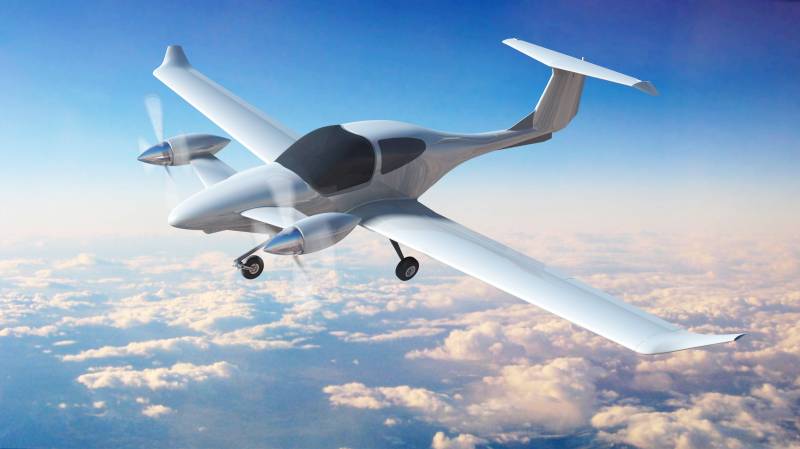 To build a small electric plane and a “green” airliner that could carry a hundred passengers is a completely different task. Existing batteries are too massive, and also have insufficient capacity to effectively solve such complex tasks. Experts estimate that for an aircraft with a capacity of 150 people, approximately 40 tons of batteries and related equipment will be needed. This is almost twice the mass of fuel on board the Boeing 737-300.

Therefore, issues of this nature Europeans from Airbus solve gradually. There is, for example, the E-Fan X program, designed to lift into the sky in the 2020s a hybrid airliner based on the BAe 146. The machine will receive one experimental electric motor with a capacity of 2 MW. In total, the BAe 146 has four turbofan jet engines. Then, perhaps, the aircraft will be equipped with another electric motor for testing purposes and only after that (in case of successful tests) can one expect something similar on the market. 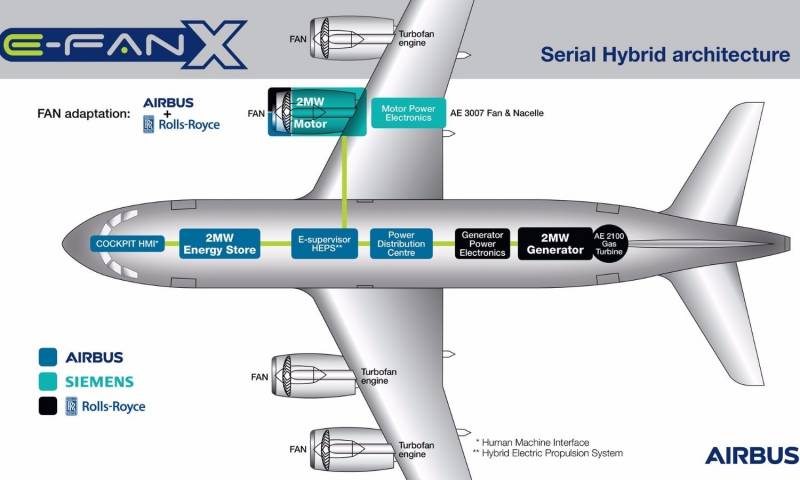 Russian developments look even more ambiguous. They, in fact, are not so many. In December last year, the media wrote that Rosaviakonsorcium experts completed the conceptual design of the FreeJet airliner, one of the features of which was an elliptical fuselage, which, in theory, should allow more cargo and passengers to be carried on board. According to the concept, the use of four promising engines of Russian production PD-14 led to an excess of thrust, which allowed us to create a “more electric aircraft”. 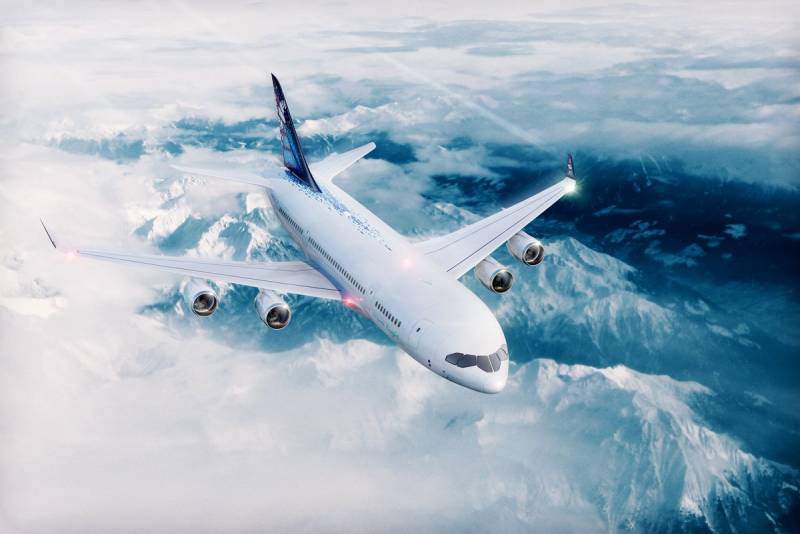 It is clear that amid the difficulties of the same MS-21, the flagship project of the Russian aircraft industry, there is no sense in expecting the appearance of a large eco-liner in the foreseeable future. More realistic for Russian aircraft manufacturers is the Chinese version: market promotion of small single-engine electric aircraft. This sounds, of course, not as spectacular as the next mega-project for a billion dollars, which can go nowhere.
Ctrl Enter
Noticed oshЫbku Highlight text and press. Ctrl + Enter
We are
Model Y: the new electric car from the mask comes out
Car news that will blow up the Russian market in 2018
Reporterin Yandex News
Read Reporterin Google News
Ad
We are open to cooperation with authors in the news and analytical departments. A prerequisite is the ability to quickly analyze the text and check the facts, to write concisely and interestingly on political and economic topics. We offer flexible working hours and regular payments. Please send your responses with examples of work to [email protected]
4 comments
Information
Dear reader, to leave comments on the publication, you must sign in.