Russia has prepared for a currency war

November 21 2018
2
In the current circumstances, when the established world order collapses, Russia needs to be prepared for any development of events. 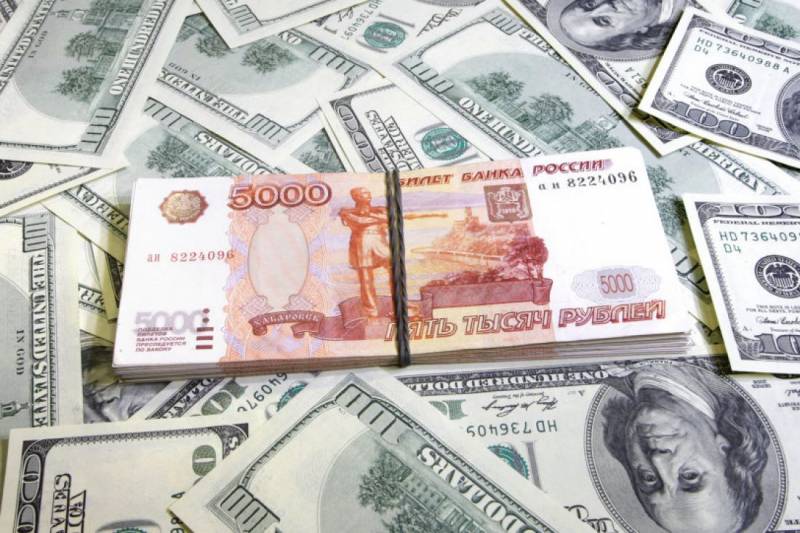 During her speech in the State Duma of the Russian Federation, the head of the Bank of Russia Elvira Nabiullina expressed the opinion that such an option is not ruled out that the trade wars that began on the planet will gradually develop into currency wars:

At the same time, Elvira Nabiullina noted that the Russian market is among the developing ones, and it is these markets that will suffer losses in the first place.

The main banker of Russia believes that the main risks for the Russian economics amounts to the ongoing trade war between the US and China:

The introduction of mutual protectionist barriers between the largest economies - all this negatively affects global trade and threatens sustainable global growth.

According to the head of the regulator, the trade confrontation between such giants as the United States and China will collapse the stock markets, slow down the growth of the global economy and give a new impetus to the confrontation that could lead to currency wars.
Ctrl Enter
Noticed oshЫbku Highlight text and press. Ctrl + Enter
We are
What prompted the Russians to run for money in banks?
The growth of capital outflow from Russia: there will be no armageddon
Reporterin Yandex News
Read Reporterin Google News
Ad
We are open to cooperation with authors in the news and analytical departments. A prerequisite is the ability to quickly analyze the text and check the facts, to write concisely and interestingly on political and economic topics. We offer flexible working hours and regular payments. Please send your responses with examples of work to [email protected]
2 comments
Information
Dear reader, to leave comments on the publication, you must sign in.