US accuses China of stealing technology over the Internet

November 21 2018
0
Over the past decade, the United States has repeatedly called China its main cyber threat. And so, the Office of the US Trade Representative, Robert Lighthizer, issued another report on this subject. 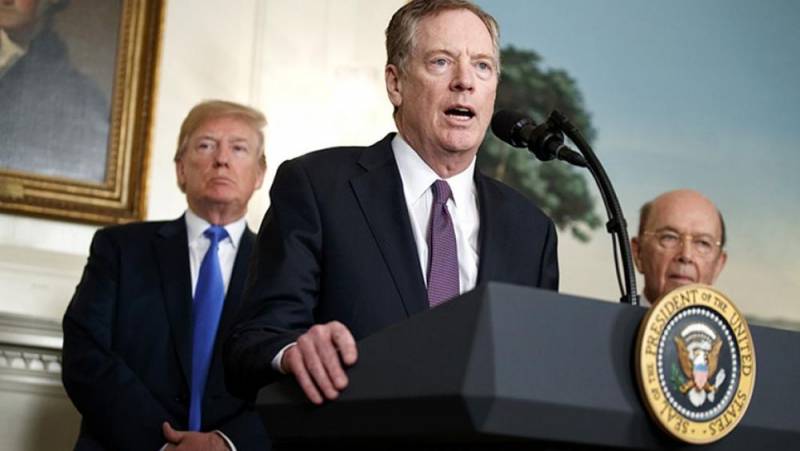 It should be noted that Mr. Lighthizer is a very famous and authoritative person in the USA. He has long represented the US steel industry. And in the 1980s, under President Ronald Reagan, he was the US Deputy Trade Representative. So Donald Trump is not in vain, in 2017, nominated him to this post.

So, from the report of the sales representative, it follows that since the previous similar report, which was in March 2018, China has become more likely, using the Internet, to attempt to take over American technology and intellectual property. Moreover, not only their number increased, but also the degree of complexity of thefts, which indicates the conduct of entire cyber operations.

Lighthiser's office can only record what is happening. The scale, of course, has grown, but this was discussed a long time ago. For example, in November 2011, the National Counterintelligence Directorate in a report to the US Congress reported that hackers are most actively trying to penetrate the servers where they are stored economic and defense information.

So the Lighthizer report is not just news, and preparation for the next G-20 summit. To understand, the 13th G-20 Summit should be held in Buenos Aires (Argentina) from November 30 to December 1, 2018. There, US President Donald Trump and Chinese leader Xi Jinping must meet and negotiate, i.e. talk about urgent matters.

Their main agenda will be trade issues, and they have previously agreed on this over the telephone. It remains only to find mutually beneficial or at least acceptable solutions in order to remove the accumulated contradictions.
Ctrl Enter
Noticed oshЫbku Highlight text and press. Ctrl + Enter
We are
Butterfly Effect. World on the eve of a new war
Where is Russia going?
Reporterin Yandex News
Read Reporterin Google News
Ad
We are open to cooperation with authors in the news and analytical departments. A prerequisite is the ability to quickly analyze the text and check the facts, to write concisely and interestingly on political and economic topics. We offer flexible working hours and regular payments. Please send your responses with examples of work to [email protected]
Information
Dear reader, to leave comments on the publication, you must sign in.