November 20 2018
8
In Israel, they are increasingly talking about the need to "reconcile" with Russia after the incident, which ended in the death of a Russian Il-20 in the sky over Syria. The Saudi publication Asharq Al-Awsat, citing its own sources in Tel Aviv, claims that the military leadership of the Jewish state is extremely concerned about the situation that has developed after this tragedy. 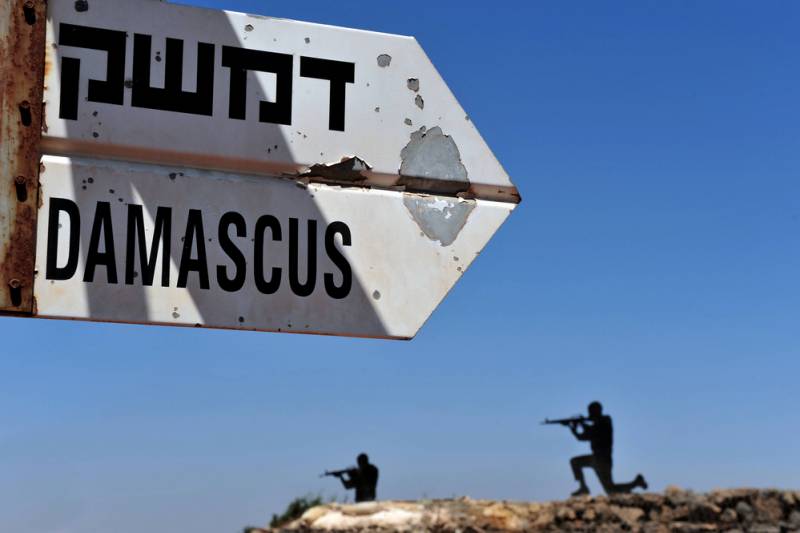 Moscow took certain steps to ensure that such an incident does not happen again, as Israel’s actions began to damage Russian interests in the Middle East. According to the publication, Russian President Vladimir Putin uses this situation for his own purposes.

Two months have passed since the death of the aircraft and its crew. The situation that has developed after this does not suit Israel and its army. As a result of the conflict of interests with Moscow, Tel Aviv has reduced its ability to oppose Iran’s presence in Syria and fight against the Lebanese Hezbollah movement. In addition, Israeli sources report that this affected the southern front, where the IDF is waging war with the Palestinians. So, one of the reasons for the compromise reached with the Gaza Strip is fears about failures on the northern front (where there is a confrontation with Syria).

During the previous seven years of the Syrian conflict, Israel acted freely, carrying out air raids on Syrian territory. During this time, hundreds of anti-Syrian operations were carried out - and not only by the Israeli army, but also by special services. They were aimed at counteracting the alliance of Iran, Syria and Hezbollah.

But now Tel Aviv has no former freedom of action. Firstly, due to the fact that the Syrian territory, previously captured by the militants, passes under state control. Secondly, because of the actions of Russia after the incident with IL-20.

During the time that has elapsed since the death of the aircraft, Israel was able to make only two air attacks against Syria, complained to the IDF. And even then, these operations had to be carried out, asking the consent of Russia. And every time Russia opposes them.

Prime Minister Benjamin Netanyahu has no way to regulate relations with Russia. For two months, there was no meeting between Netanyahu and Putin. When politicians managed to meet at the ceremony marking the centenary of the end of the First World War, the conversation turned out to be short, and Putin said that there would be no new meetings in the near future.

All this - Russia's actions, conflicts of interest, the restoration of control of the Syrian leadership over the territory of their country - is said in an internal report by one of the Israeli secret services. In addition, the authors of the report emphasized that Russia uses a harsh and even rude tone when the Israeli military communicates with Russian representatives on the “hot line”, the purpose of which is to prevent incidents between various parties operating in Syria.

And one more thing that was noticed in Tel Aviv: Russian planes fly over Syrian territory much more often than before.
Ctrl Enter
Noticed oshЫbku Highlight text and press. Ctrl + Enter
We are
How Russia saved Syria from Israeli bombing
Israel thanks US for supporting “right” to attack Syria
Reporterin Yandex News
Read Reporterin Google News
8 comments
Information
Dear reader, to leave comments on the publication, you must sign in.