November 17 2018
2
In Tajikistan, the Rogun hydropower plant begins its work. This facility was built over forty years. Its construction began in Soviet times, back in 1976. However, in 1993, work was stopped - in Tajikistan, a civil war was already in full swing, and economy The former Soviet republic found itself in a severe crisis. 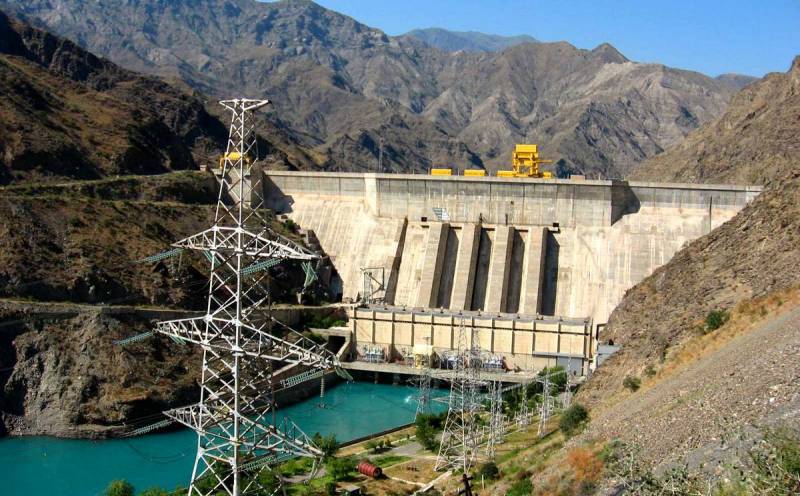 For the former Soviet republics of Central Asia, the issue of water is of fundamental importance. The key water resources of the region are the Amu Darya and Syr Darya rivers, as well as their tributaries. But the population of the republics of Central Asia is growing, the economy is gradually developing, and accordingly there is a great need for water. In addition, Central Asia is in dire need of electricity. The reason for the need is still the same - population growth and the gradual development of infrastructure.

It seemed that the construction of the Rogun hydropower plant could change the situation in the areas of water and energy. But the republics faced a new problem - the incompatibility of the tasks of generating electricity and irrigating agricultural land located in Turkmenistan and Uzbekistan. Indeed, to ensure the operation of the hydroelectric power station, it would be necessary to fill the reservoir with it, and this alone would take more than 60% of the water off the Vakhsh river.

The new president of Uzbekistan, Shavkat Mirziyoyev, headed for reconciliation with the republic’s closest neighbors. In March 2018, he paid an official visit to Tajikistan. During the trip, Mirziyoyev managed to agree with the President of Tajikistan Emomali Rahmon on taking into account the interests of the two countries in the construction of the Rogun hydroelectric station. An important role in reaching a compromise was played by Russia, for which stability in Central Asia has always been of strategic interest. Obstacles to the construction and launch of the Rogun hydroelectric station were removed.

By the way, this structure with a height of 335 meters will be the highest similar facility in the world. Six units with a total capacity of 600 MW each will be installed at the hydroelectric power station. As a result, it is planned to make the hydroelectric power station the most powerful in Central Asia. In the world, the object will be 30th in power. The launch of a hydropower plant will allow Tajikistan to almost double its electricity production. Uzbekistan will also benefit, since Dushanbe will now be able to channel water for the agricultural needs of a neighboring country. In addition, Tajik electricity can flow through Uzbekistan to southern Siberia and Kazakhstan.

Speaking about the role of Russia in the implementation of the Rogun project, it is worth noting that our country was not only able to convince Dushanbe and Tashkent to come to a compromise, but also took an active part in the construction, supplying hydraulic equipment, doing all the design and scientific documentation. Without Russia, the Rogun hydroelectric station would not have existed. And the benefit of our country is not only financially and in the supply of electricity, but also in maintaining peace and stability on the southern borders.
Ctrl Enter
Noticed oshЫbku Highlight text and press. Ctrl + Enter
We are
"The Eighth Wonder of the World" by Muammar Gaddafi
Russian economy in trouble
Reporterin Yandex News
Read Reporterin Google News
Ad
We are open to cooperation with authors in the news and analytical departments. A prerequisite is the ability to quickly analyze the text and check the facts, to write concisely and interestingly on political and economic topics. We offer flexible working hours and regular payments. Please send your responses with examples of work to [email protected]
2 comments
Information
Dear reader, to leave comments on the publication, you must sign in.