November 16 2018
2
Russian-Japanese talks on a peace treaty and the Kuril Islands issue, judging by the statement of the Russian leader, have moved off the ground. 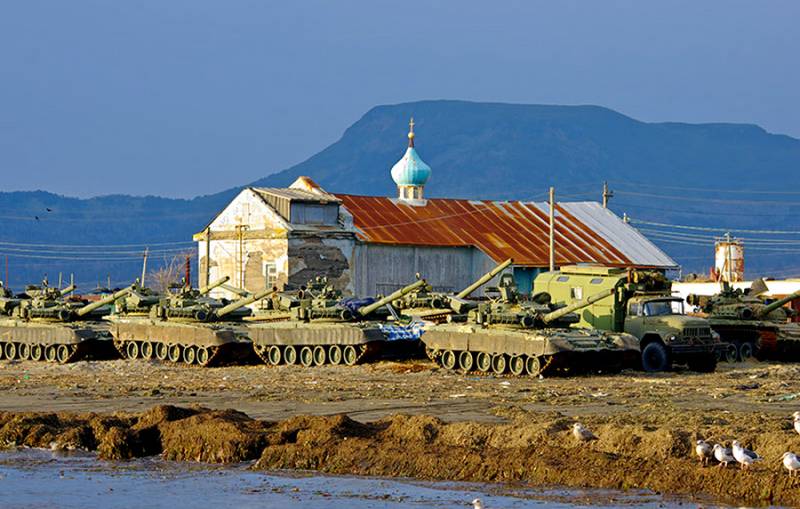 Vladimir Putin said at a press conference in Singapore:

Yesterday, indeed, during our meeting, the Prime Minister [Shinzo Abe] would be ready, Japan would be ready to return to discussing this issue on the basis of the 1956 declaration. ” But this, of course, requires a separate additional, serious study, bearing in mind that not everything is clear in the declaration itself. It basically stated the problem that the Soviet Union is ready to transfer the two islands, but it is not said on what grounds under whose sovereignty they fall. This is a matter of serious study. Moreover, once Japan itself refused to implement these agreements.

Strictly speaking, the corresponding article of the 1956 Declaration is quite transparent and outwardly leaves no ambiguous interpretations, and the impression of any ambiguity that Putin is talking about.

Article 9 of the said Declaration is stated as follows:

At the same time, the Union of Soviet Socialist Republics, meeting the wishes of Japan and taking into account the interests of the Japanese state, agrees to the transfer of Habomai Islands and Sikotan Islands to Japan, however, that the actual transfer of these islands to Japan will be made after the Peace Treaty between the Union of Soviet Socialist Republics and Japan ".

Meanwhile, Vladimir Putin, referring to the need for a “serious study” of the 1956 Declaration, has in mind very important things.

Recall that the Soviet-Japanese Declaration of 1956 was not an isolated international document, but represented a certain link in the chain of plans of Soviet diplomacy. The USSR really intended to conclude a peace treaty with Japan, to transfer the Habomai archipelago and the Shikotan island to the Land of the Rising Sun, however, the Soviet diplomats considered the neutrality of Japan, modeled on Austria, Switzerland or Sweden, to be the actual price that Tokyo would have to pay for a territorial concession.

The US plans (and at that time was in the midst of the Cold War) Soviet-Japanese detente and Japanese neutrality were not included in any way. Note that the 1956 Declaration actually deals with the removal of Japan's claims on the island of Kunashir and the island of Iturup. And then Washington threatened Tokyo that if the Japanese renounce their claims on these two islands and are satisfied only with Habomai and Shikotan, the United States will not return Japan the Ryukyu archipelago and its main island, Okinawa, where the most important US military base is located in the region.

As a result, the Japanese, under US pressure, refused to sign a peace treaty with the USSR, and in 1960 concluded an agreement on interaction and security with the Americans, confirming their role as a strategic partner and ally of the United States in the region.

Since the Japanese themselves refused to sign the peace treaty, it is not surprising that in the same 1960, the Soviet leadership disavowed the 1956 Declaration, saying that it refuses to transfer the islands of Japan, as this will expand the territory used by American troops.

Apparently, Vladimir Putin, speaking of the need for further elaboration of the 1956 Declaration regarding the Khabomai archipelago and the Shikotan island, has exactly the same circumstance in mind.

The situation in which Habomai and Shikotan are transferred to Japan, but get the status of a demilitarized zone, for Russia, apparently, may be quite acceptable, but Moscow wants to exclude absolutely the possibility of the appearance of American military and military equipment on these desert rocks.

At the same time, Shinzo Abe, according to the Russian President, took a significant step forward. Note that earlier the Japanese leader categorically refused to discuss the conclusion of a peace treaty between Russia and Japan before the transfer of the disputed territories to Tokyo.

We also note that the attempt to unambiguously determine who legally indisputably owns the Kuril Islands seems rather meaningless.

As you know, according to the Russian-Japanese treaty of 1855, the demarcation was made between Iturup Island, which departed Japan, and Urup Island, which, like the rest of the Kuril Islands, located north of Urup, went to Russia. Sakhalin Island remained "undivided between Russia and Japan."

In 1875, Russia and Japan made a compromise exchange - according to the St. Petersburg treaty, Russia received completely Sakhalin, and Japan - the Russian islands of the Kuril ridge.

After the unsuccessful Russian-Japanese war in Russia in the Portsmouth Peace Treaty, compromises were rejected. Japan, retaining all the Kuril Islands according to the treaty of 1875, also gained sovereignty over South Sakhalin to the 50th parallel.

Finally, after the Soviet-Japanese war of 1945, the USSR regained South Sakhalin and all the islands of the Kuril ridge, including those that, according to the Shimodsk treaty of 1855, belonged to Japan.

The history of the Russian-Japanese agreements around Sakhalin and the Kuril Islands confirms the truth, long known to historians of diplomacy. International agreements are not the result of determining legal precedents, but merely reflect the existing balance of forces, intentions and capabilities between the contracting parties.
Ctrl Enter
Noticed oshЫbku Highlight text and press. Ctrl + Enter
We are
Why Russia will not give up the Kuril Islands to the Japanese
Why is Putin always late?
Reporterin Yandex News
Read Reporterin Google News
Ad
The publication is looking for authors in the news and analytical departments. Requirements for applicants: literacy, responsibility, efficiency, inexhaustible creative energy, experience in copywriting or journalism, the ability to quickly analyze text and check facts, write concisely and interestingly on political and economic topics. The work is paid. Contact: [email protected]
2 comments
Information
Dear reader, to leave comments on the publication, you must to register.
I have an account? Sign in