Putin begins to fight the main enemy of Russia

March 2 2018
12
Combating poverty in order to halve it. Increased budgetary spending on health and demography. Here are the main points, in addition to the warlike rhetoric that the Russians heard during President Putin’s First March Address to the Federal Assembly. Optimists are delighted, skeptics shrug their shoulders in bewilderment. Why so, let's try to figure it out. 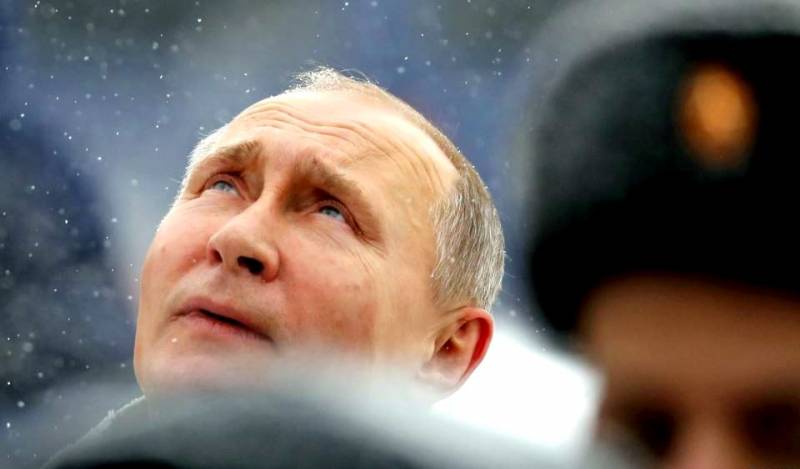 Over the next 6 years, the president has set the Government the task of halving poverty, and the country to increase GDP by 1,5 times. It is noted that now more than 20 million citizens of Russia are below the poverty line.

Carefully comments on these ambitious plans Valery Mironov, Deputy Director of the Research Center for Development HSE. In his opinion, economic growth in Russia in the coming years should be about 5%, i.e. significantly more than the world, not 3,5%. But how this growth will be achieved, the message to the Federal Assembly does not say anything, and whether our Government has real ideas on this subject is a big question.

In his Address, the President rightly notes that raising the minimum wage to 11 rubles per month will significantly improve the situation of several million Russians whose incomes formally begin to correspond to the cost of living.
However, the corrosive experts note that first you need to bring this very cost of living to the real needs of the person, and not those that the official statistics draw. This view is shared by the head of the Association of Non-Governmental Pension Funds Alliance of Pension Funds Sergey Belyakov.

The ambitious goal of increasing the life expectancy of Russians was outlined by the Russian president:

Russia should confidently enter the club of 80 Plus countries, where life expectancy exceeds 80 years. This includes countries such as Japan, France, Germany

To achieve this goal, financing of the health system should be doubled, and, at the expense of additional sources of financing, which should not inhibit the country's economic growth.

The skeptical Russian citizen's thesis about some additional sources may concern. Strictly logically, if these sources should not “restrain growth”, then they should be extrabudgetary, therefore, in fact we can talk about further privatization of the healthcare system according to the “three private rubles per state ruble” scheme and transferring a wide range of medical services to paid ones mode.

The presidential initiatives for elderly Russians and young mothers were pleasantly pleased. Vladimir Putin called for creating conditions of decent longevity by increasing the size of the pension (so that indexation exceeds inflation) and narrowing the gap between the pension and the salary a person received.

It is depressing that this increase in pension comes amid proposals from government corridors to increase the retirement age for Russians and to encourage them to retire later.

The president is also ready to allocate 50 billion rubles to open new places in the nursery, so that young mothers can go to work.

There is an opinion that the problem with kindergartens in Russia could be solved by returning to them the buildings that once belonged to them and transferred to the “dashing nineties” to tax officials, pension funds and other institutions. It would be advisable to relocate state and municipal institutions to administrative buildings specially built for them, for which it would be necessary to allocate a targeted budget, while supporting the country's construction industry in parallel.

Upon consideration, the Epistle raises more questions than answers. Valery Mironov so characterizes the general impression of him:

Of course, it is necessary to increase labor productivity, which the president speaks of, to develop healthcare and infrastructure, this will support growth, if, of course, it will. What exactly “ignites” stimulates this growth, the message does not say

The expert believes that a long-term development program is needed, which is not available now. In fact, there are good intentions and some short-term programs. But, apparently, no one has a structural understanding of what will happen. Many Russians are perplexed if there is any direct relationship between the activities of the liberal government and the plight that millions of Russians find themselves in. Perhaps, to change the trend, the president should first “change horses”, and then give instructions on economic growth and improving the welfare of Russian citizens?
Ctrl Enter
Noticed oshЫbku Highlight text and press. Ctrl + Enter
We are
The state will brazenly climb into the pockets of Russians
Putin has set a controversial task
Reporterin Yandex News
Read Reporterin Google News
Ad
We are open to cooperation with authors in the news and analytical departments. A prerequisite is the ability to quickly analyze the text and check the facts, to write concisely and interestingly on political and economic topics. We offer flexible working hours and regular payments. Please send your responses with examples of work to [email protected]
12 comments
Information
Dear reader, to leave comments on the publication, you must sign in.