November 12 2018
0
The respectable publication from the USA The Wall Street Journal (WSJ) is sounding the alarm. According to the editors, Russia has already begun to receive the first fruits associated with a decrease in dependence on the American currency. Moreover, Moscow is ready to strengthen sanctions by Washington, despite various complications, since most transactions in the world are still carried out in dollars. 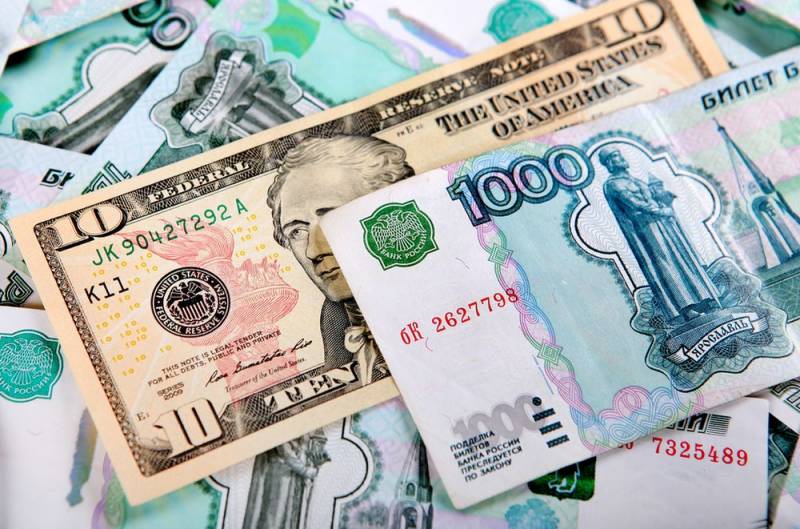 The WSJ notes that Russia is increasing the amount of gold and other liquid assets in its gold and foreign exchange reserves, while simultaneously reducing the volume of US Treasuries. In addition, Moscow is gradually expanding trade in rubles with other countries and encouraging transactions in national currencies bypassing the dollar. At the same time, Russian exporters who do not trade in dollars were promised benefits. All this is of great concern to American financialeconomic analysts.

Dedollarization can help Russia mitigate the sanctions strike that should fall on it at the end of November 2018. After all, it is aimed specifically at its financial system. The Americans noticed that the frequent fluctuations in the ruble exchange rate have recently negatively affected the confidence of the Russian population in the national currency. And Washington decided to play on it.

However, the question is not only in Russia. She is not alone trying to get rid of the hegemony of the American dollar. The number of such countries is growing. China is showing increased activity in this matter. Yes, and the European Union is trying to strengthen the role of the euro in the world. So for the US this is all very unpleasant, but apparently, they are clearly not going to give up on “exclusivity”.
Ctrl Enter
Noticed oshЫbku Highlight text and press. Ctrl + Enter
We are
Why and how Russia benefited from US sanctions against Iran
WSJ: China scared of US sanctions
Reporterin Yandex News
Read Reporterin Google News
Information
Dear reader, to leave comments on the publication, you must to register.
I have an account? Sign in