November 11 2018
2
We do not cease to be surprised and at the same time admire the tenacity with which some people like to step on a rake. This is really a very funny sight. We did not have time report about the detention in Austria of a 70-year-old military pensioner, who was suspected of spying for Russia, as the Austrian media have already reported about the detention of another "Russian spy." Heaped up. 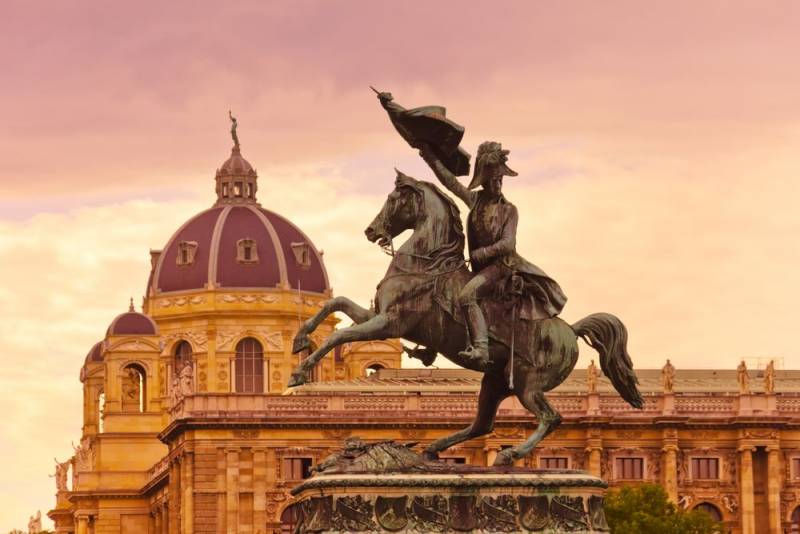 It should be noted that from the first spy story (with a retired colonel), specifically the ears of the Ministry of Defense of Austria stick out, and personally the head of the department, Mario Kunasek, who has been working closely with the "friendly intelligence services" for a long time. But the second case (which will be discussed below) is connected with the Austrian Foreign Ministry. Indeed, Karin Kneisl, the head of the local Foreign Ministry, urgently needs to explain to Moscow why it canceled the visit to Russia planned for December 2 and 3, 2018.

So, the Kronen Zeitung publication, which has become the mouthpiece of the espionage scandal, reports that an employee of the Federal Office for the Protection of the Constitution and the Fight against Terrorism (BVT), who is suspected of transmitting secret documents to Moscow, has been detained in Austria. It turns out that he was suspected a year ago, and all this time they conducted a painstaking investigation. He had access to secret documents and is now accused of divulging state secrets. Unlike a pensioner, he faces up to 10 years in prison. 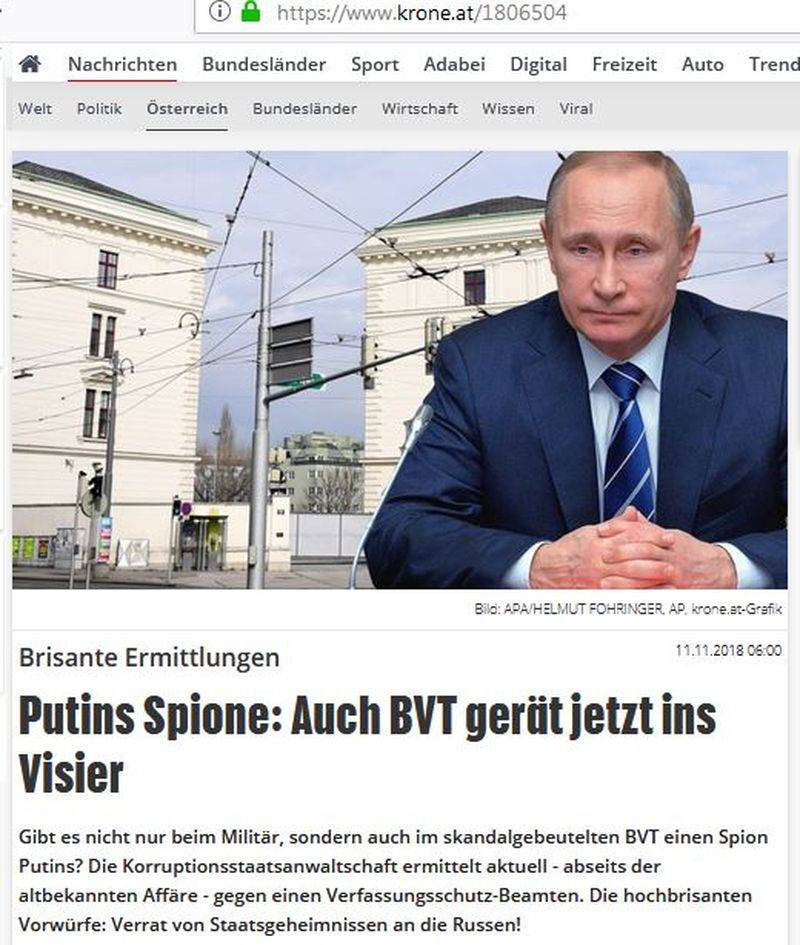 Given this, you need to stock up on seeds and popcorn. Indeed, in Austria there are a lot of all sorts of bureaucratic departments, the young and promising chancellor Sebastian Kurtz alone is worth what. And it is also alarming that so far they have not found "Russian spies" in their ranks of the Ministry of Internal Affairs and state security. Especially need to worry about the president of Austria. So we are still waiting for the continuation of these exciting stories. There is no doubt about this, since the task of "friendly intelligence services", how to quarrel Vienna and Moscow, was only taken into work by their agents, who had previously been quiet.
Ctrl Enter
Noticed oshЫbku Highlight text and press. Ctrl + Enter
We are
Why did the Austrian colonel “admit” to working for Moscow
He served Moscow for 30 years: a Russian intelligence agent was exposed in Austria
Reporterin Yandex News
Read Reporterin Google News
Ad
We are open to cooperation with authors in the news and analytical departments. A prerequisite is the ability to quickly analyze the text and check the facts, to write concisely and interestingly on political and economic topics. We offer flexible working hours and regular payments. Please send your responses with examples of work to [email protected]
2 comments
Information
Dear reader, to leave comments on the publication, you must sign in.