November 11 2018
1
Proposals by opponents of the construction of Nord Stream-2, to preserve the transit of gas through Ukraine, are becoming more creative. This time, the French daily business newspaper Les Echos decided to surprise the international community, where they figured out how to satisfy almost everyone on the gas issue at the same time. 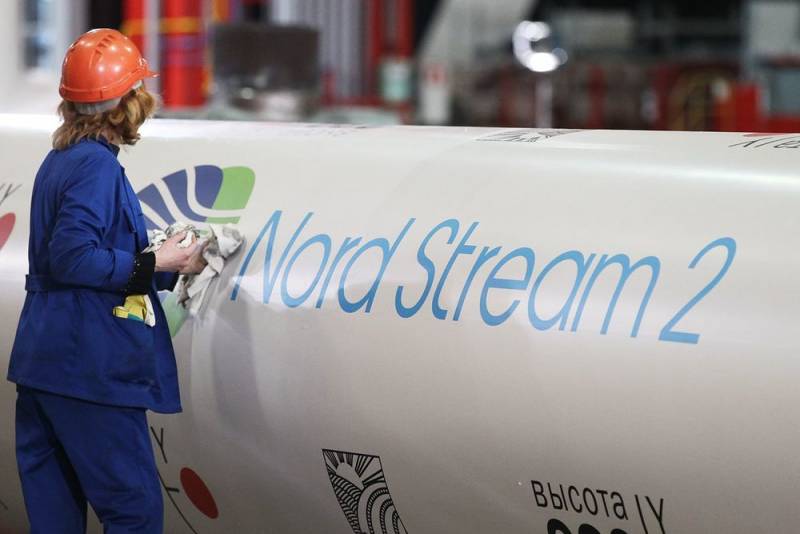 In their opinion, Nord Stream 2 has become one of the causes of tension between the West and Russia, a real “gas pipeline of contention”. Indeed, many in the West fear that Europe’s dependence on Russian gas will grow even more. Currently, 36% of gas consumption in the EU is provided by Russia. And after putting Nord Stream -2 into operation, this figure will grow even more.

At the same time, the French are well aware that it will no longer be possible to stop the construction of Nord Stream -2. And therefore, in order to relieve tension, “save the project” and relations, they suggest filling the Ukrainian gas transportation system with gas from Turkmenistan, which will transit to Europe. But this issue, given the geography, cannot be resolved without Russia's participation.

This proposal is being presented as a saving straw for Russia as a whole and for Gazprom, with its gas transportation flows, in particular. After all, gas demand in Europe will increase further. And Turkmenistan has large reserves of this necessary raw materials.

Thus, Gazprom will supply Russian gas through the Baltic pipes. But, thanks to Turkmen gas, transit through Ukraine will continue. And everyone will win
- solemnly informs Les Echos.

It is not hard to guess that certain circles from the USA, Great Britain and Ukraine became sources of inspiration for Les Echos. After all, it is they who are most worried about the "security" of Europe and the growing power of Russia.
Ctrl Enter
Noticed oshЫbku Highlight text and press. Ctrl + Enter
We are
The organizer of Odessa Khatyn scared Europe with the “energy whip” of Russia
Why Nord Stream 2 will be implemented anyway
Reporterin Yandex News
Read Reporterin Google News
1 comment
Information
Dear reader, to leave comments on the publication, you must sign in.