The moon does not shine: Why did the USSR lose to the American Apollo

November 7 2018
24
Not so much is known about the Soviet lunar program as is the Energy-Buran or Spiral program. There are good reasons for that. 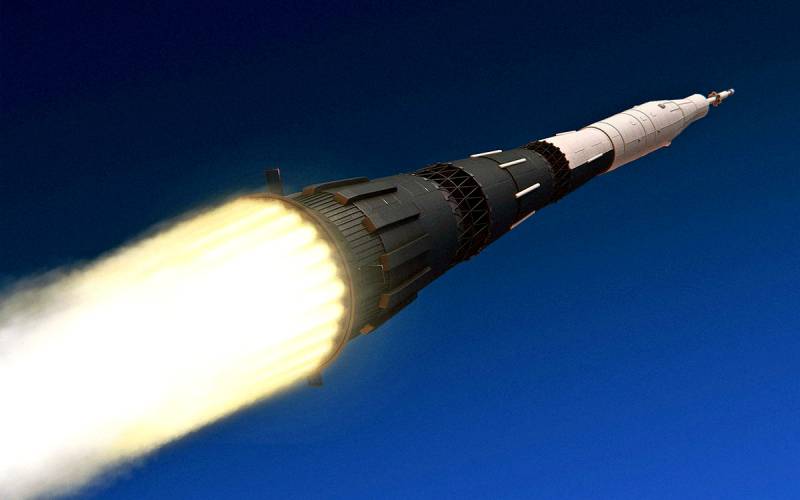 Did not hold the lead

Those who watch the Formula 1 championship have probably noticed that far from the strongest team can break out into the top leaders of the Design Cup after the first few races. However, after a quarter of the season, the luck factor comes to naught, and the best financing gives all the trump cards to the favorites of the championship. About the same thing happened with the Soviet space industry in the 60s. After the first launch of the artificial Earth satellite and the first launch of man, the Soviet Union was the leader of the space race. But this did not last long. It was the implementation of the Apollo program, in which six successful astronaut landings on the moon were carried out, proved technological United States superiority in space exploration. The USSR did not want to be content with the "second number".

The funny thing is that even in 2018, many continue to doubt the achievements of NASA. The famous Russian popularizer of science, Vitaly Egorov, once wrote a wonderful article entitled “Lunar conspiracy as a test for aptitude”. It begins as follows: “Do you want to know better than a person? Ask him about the moon landing. His response will immediately determine whether to continue to communicate with him, to hire or sign a long-term contract. ” If the words of the journalist did not convince you, you can find out the opinion of the Soviet cosmonaut Alexei Leonov, one of the most ardent opponents of the lunar conspiracy. 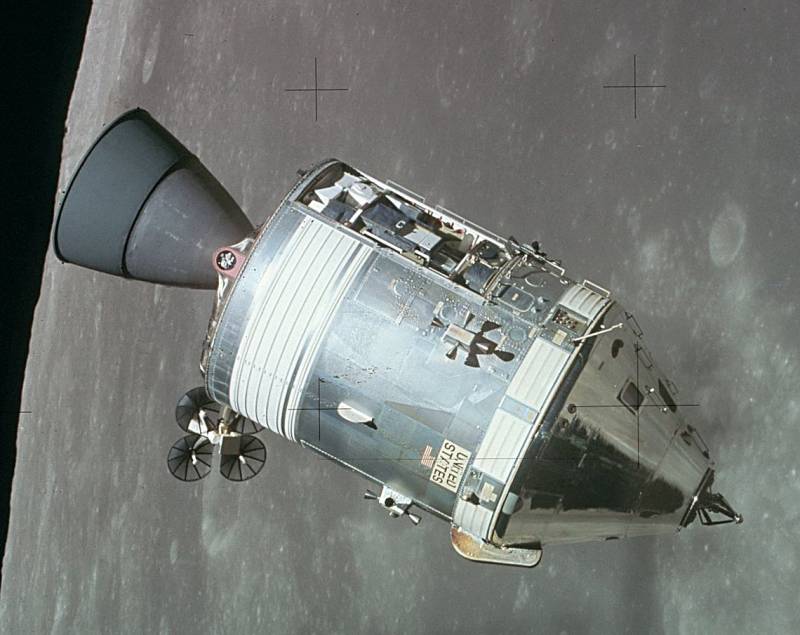 But in general, the best proof of the veracity of the landing may be that it could be carried out ... by the USSR. But this, of course, is in theory. In practice, implementing the Soviet program was not just difficult, but also extremely dangerous for people who were supposed to go to conquer the cosmic depths.

A satellite landing was not possible without a heavy-duty launch vehicle. For the United States, Saturn 5, specially designed for the Moon flights, was developed by the famous Werner von Braun. It is still the most load-bearing, most powerful, heaviest and largest missile created by mankind. The Soviet Union developed N-1 for such purposes: first it was created by Korolev, and after his death - Vasily Mishin. It is interesting that initially they generally wanted to use the rocket for flights to Mars and Venus. 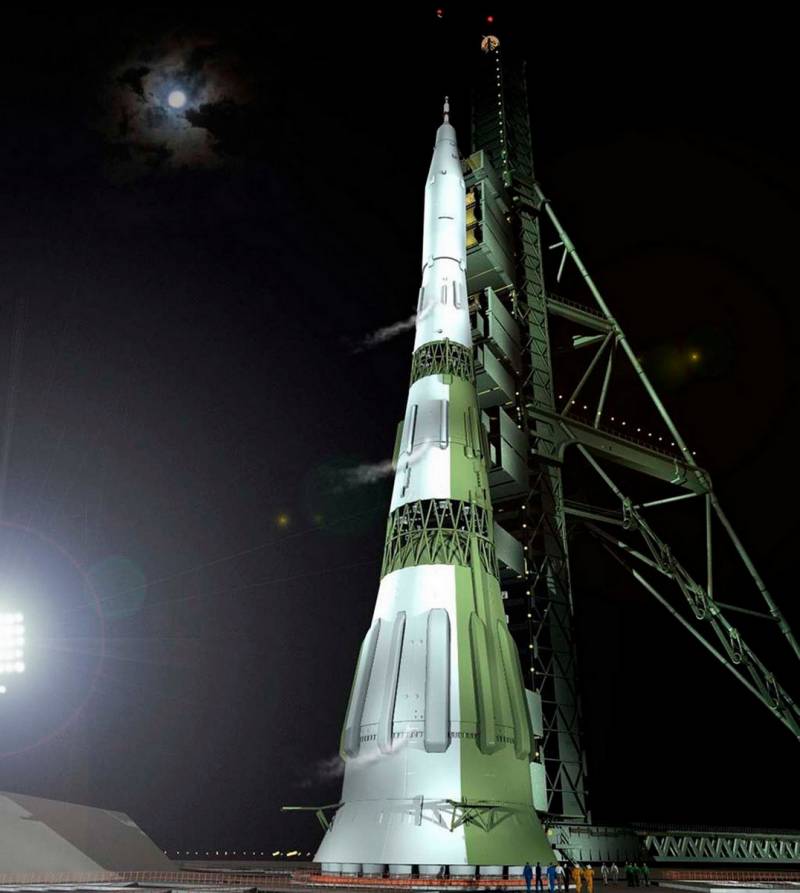 The giant launch vehicle, 105 meters long, was made according to the sequential arrangement and operation of the steps. There were five steps in all, and all of them used oxygen-kerosene engines. N-1 is a real work of art, but it is still far from Saturn 5. According to its capabilities, it corresponded or was somewhat inferior to the "American". Recall that “Saturn-5” completed thirteen starts in its short life: all were successful. In turn, absolutely all N-1 launches ended in failure. Disasters happened even at the stage of the first stages. After the fourth failure, N-1 was completely abandoned. 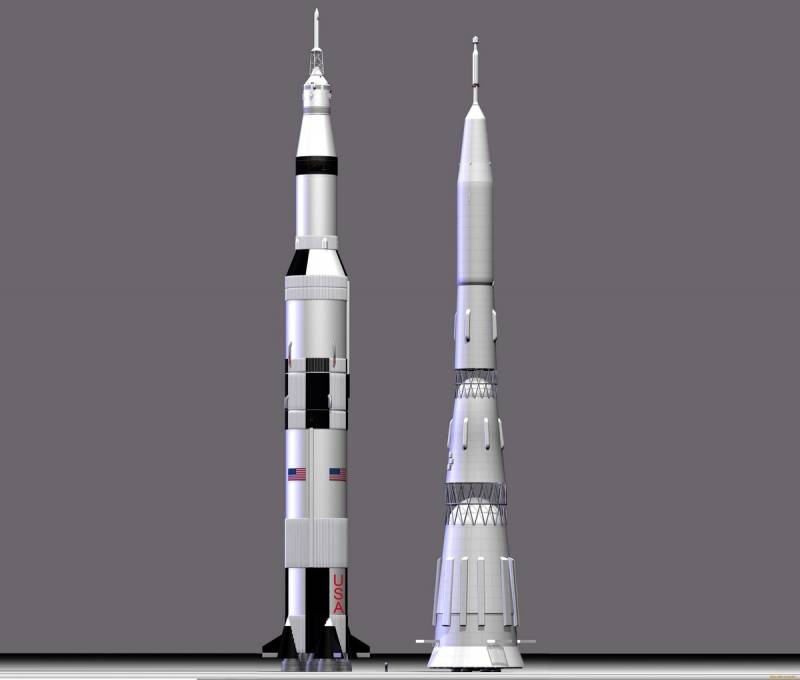 What is the reason for such a terrible result? The main one was that the USSR did not have the technological and financial capabilities that the States had. Due to lack of funds, ground stands for dynamic and fire tests of the carrier or the first stage assembly were simply not built. If the booster belongs to a lower class, this approach can still be forgiven. But when developing an extra-heavy launch vehicle, and even so innovative, the failure was quite predictable. Apparently frightened by the prospect of losing leadership in the space sector, the Soviet leadership did not understand this. Or didn’t want to understand. In any case, it paid an expensive price: billions of Soviet rubles were spent almost in vain.

Suppose the USSR nevertheless received a "super-heavy" with the necessary characteristics in the early 70's. The main question can be formulated simply: why is it needed? The lunar program itself would by then not be so significant: the United States was ahead of the USSR. However, there was another problem, and for the Soviet cosmonauts themselves, it would be far more important than socialist prestige. We are talking about a lunar spacecraft, which was part of the H1-L3 complex.

Everyone probably remembers the Apollo landing module well. A large apparatus, seven meters long and weighing fifteen tons, where a lunar car could fit. In contrast, the Soviet lunar landing module seemed tiny. It had a mass of only five tons and was not very spacious, to say the least. The main thing was that there was no one to insure a single astronaut in the event of an emergency. The system looked like this: after the launch of the rocket and the transfer of the L3 ship to the lunar orbit, the complex was supposed to separate. An orbital ship with one crew member would remain in lunar orbit, and the lander with the "lonely" astronaut would have to go to the surface of the satellite. 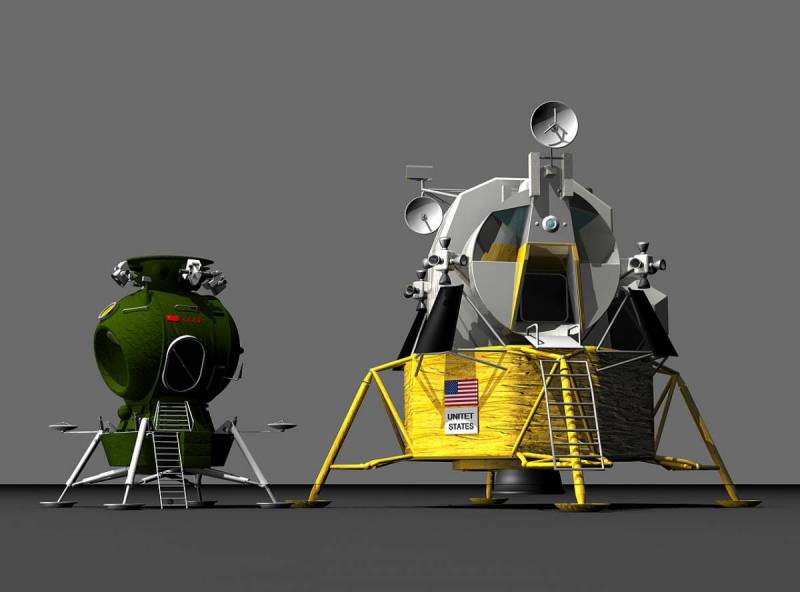 The most interesting thing was that the design of the ship did not imply a manhole, and a man landing on the moon had to go from an orbiting ship to a landing model through open space. Given that all this would happen hundreds of thousands of kilometers from Earth, the mission looked not only difficult, but also dangerous. Unfortunately, the history of the Soviet space industry knows a very large number of failures, even without considering the accidents of the N-1 rocket. So the daredevil astronauts who could be sent to the moon could only hope for the best.

If judged strategically, the refusal of the Soviet leadership to land a man on the moon was perhaps the most correct decision in this whole story. It was possible to save billions of rubles not yet spent, and the Soviet cosmonauts did not have to risk their lives. We are no longer saying that accidents and emergency situations during a long expedition would have dealt a powerful blow to the international prestige of the USSR. Speaking even more frankly, the landing on the moon was far from the most urgent for the USSR, faced with prolonged stagnation. For the money that the Soviet Union spent on space, several deep structural economic reform, giving a good example to China, which in the 90s was also forced to go the capitalist path. 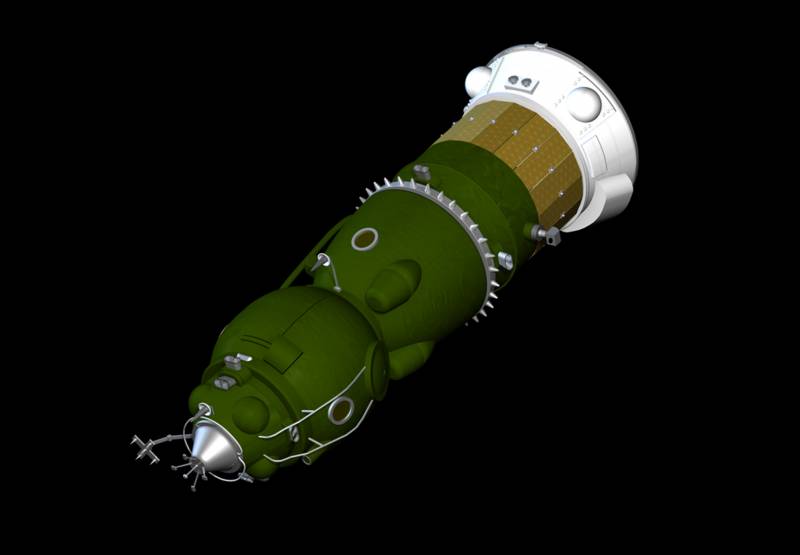 By the way, in the Soviet Union they found a way to declare themselves again, focusing on the development of multi-module stations. Built in the second half of the 80s, Mir was the first multi-module inhabited orbital station in history. At the same time, it also became the swan song of the Soviet space industry and the entire system in general, which has survived in recent years. And multi-module orbital stations (both Mir and the ISS) turned out to be too expensive and, according to many scientists, not the most significant from the point of view of real breakthrough scientific experiments.
Ctrl Enter
Noticed oshЫbku Highlight text and press. Ctrl + Enter
We are
Why is the moon still not owned by the Americans?
"Buran", which could: was there a chance for Russia?
Reporterin Yandex News
Read Reporterin Google News
Ad
We are open to cooperation with authors in the news and analytical departments. A prerequisite is the ability to quickly analyze the text and check the facts, to write concisely and interestingly on political and economic topics. We offer flexible working hours and regular payments. Please send your responses with examples of work to [email protected]
24 comments
Information
Dear reader, to leave comments on the publication, you must sign in.