November 6 2018
0
There are more questions about planned for 2023, the launch of the Federation reusable spacecraft to the moon, which has been under development since 2009. Not to mention the construction of a permanent scientific station (base) on the Moon, which Dmitry Rogozin once spoke about, who since May 2018 has been the head of Roscosmos state corporation. 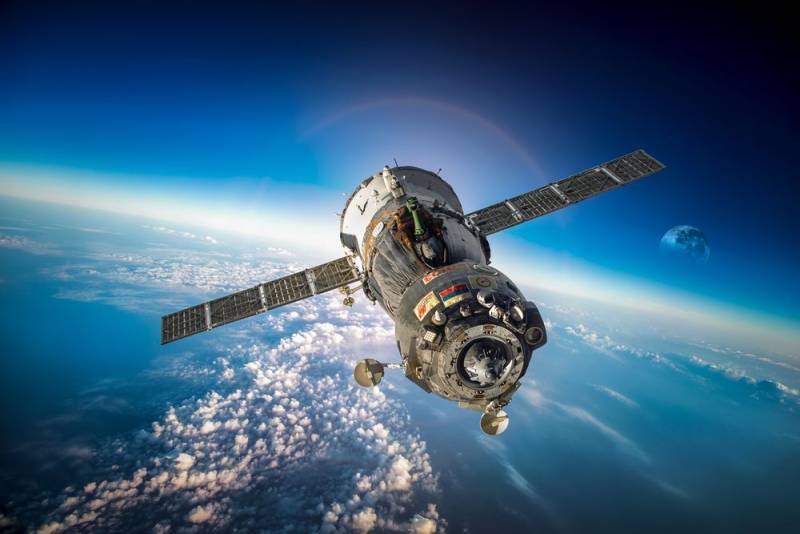 Now, Roskosmos is considering the possibility of launches to the Moon, from the Vostochny spaceport, of Soyuz spacecraft (not to be confused with Soyuz launch vehicles) and the effectiveness of this whole process. Moreover, it is still not completely clear whether this will be done using the Angara family of modular launch vehicles (four classes of light to heavy rockets) or using promising two-stage medium-class Soyuz-5 launch vehicles.

It will be necessary to technically work out, see how much it will cost money, because there is a different radiation situation. It is necessary to strengthen the "armor" radiation-resistant
- said the head of Roscosmos.

Rogozin added that the Soyuz-5 launch vehicle (being developed by the Energia rocket and space corporation) and will only be able to launch manned spacecraft into low Earth orbit. However, he did not go into details that we are talking about low orbits, and the start of flight tests is planned for 2024, and commercial operation will generally begin no earlier than 2025.

If the Soyuz spacecraft is put on the Angara, which will begin to fly from the East in 2023, then we have enough energy to fly in the lunar orbit even on the Soyuz
- summed up Rogozin.

It should be noted that in June 2018, Rogozin already reported that flights to the moon can begin on Soyuz spacecraft, without waiting for the completion of the development of the Federation spacecraft. Simply, many have already managed to forget about it.

Initially, the Soyuz spacecraft was created under the Lunar program, which means that its modernization is quite possible until we received a new spacecraft

- said then the head of Roskosmos.

By the way, the budget of the space program for 2016–2025 for the creation of the manned spacecraft Federation is 59 billion rubles.
Ctrl Enter
Noticed oshЫbku Highlight text and press. Ctrl + Enter
We are
Who creates a panic around Roscosmos launch insurance?
The moon will wait: the launch of the Federation spaceship is delayed
Reporterin Yandex News
Read Reporterin Google News
Ad
We are open to cooperation with authors in the news and analytical departments. A prerequisite is the ability to quickly analyze the text and check the facts, to write concisely and interestingly on political and economic topics. We offer flexible working hours and regular payments. Please send your responses with examples of work to [email protected]
Information
Dear reader, to leave comments on the publication, you must sign in.