"We did not ask you to give birth": the official was fired for her long tongue

November 6 2018
8
The scandalous statement of the next regional official made a lot of noise. A beautiful young woman of childbearing age, holder of Olympic gold in rhythmic gymnastics, having an annual income of about one and a half million rubles, according to her declaration for last year. 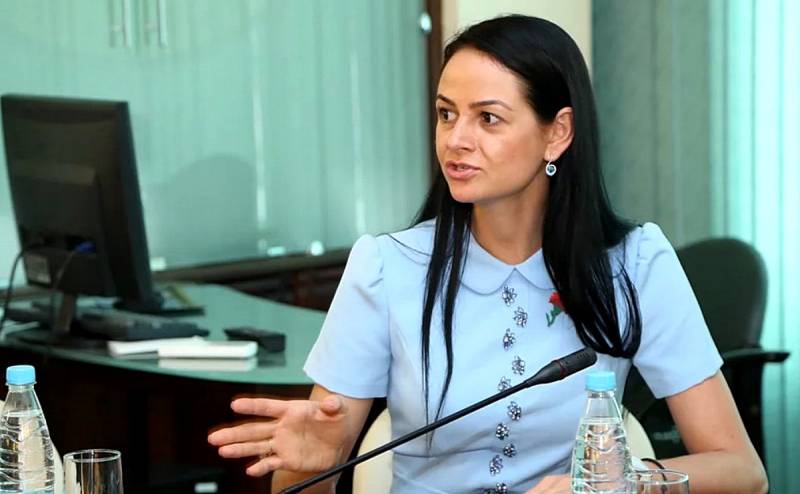 The state, in principle, owes you nothing, your parents owe you. Because they gave birth to you, the state did not ask you to give birth.

Given the fact that Glatsky is the head of the youth department policy Sverdlovsk region, this statement caused a sharp rejection of the public and legitimate questions to the authorities, where the country is going.


Indeed, Russia still has not been able to get out of the demographic pit that it fell into in the nineties. UN forecasts suggest a continued decline in population. Increasing fertility is a priority of state domestic policy. We must pay tribute to the Russian authorities in that a program of maternity capital was introduced to encourage young families to have second and subsequent children. It turns out that the words of the regional official directly contradict the tasks set by the president of the Russian Federation. Representatives of the Public Chamber ask Olga Glatsky a logical question:

Who will continue to build our future? Who will implement everything?

A member of the Human Rights Council, Alexander Brod, reminds all those who have forgotten that, according to the Constitution, Russia is a social state that is obliged to provide support to all its citizens. The meaning of the statement of the Ural officials was also refuted by Rosmolodezh, explaining that it is the state that is now interested in a constant population growth. In her defense, Olga Glatskikh replied that her words were misinterpreted and turned upside down. But on the available video it is clear that she said what she said, and no official pulled her tongs with ticks.

The head of the Sverdlovsk region made a promise to sort out the unpleasant situation. The result was the removal of the Glatsky from office for the duration of the audit. The governor said he did not agree with the words of his subordinate:

Demographic policy, support for families, children and youth are an absolute priority of our work.

It turns out, the truth has triumphed? But this is not the first boorish statement by officials regarding Russian citizens. So, some time ago, the head of the Saratov Ministry of Labor Sokolova said that pensioners could well live on 3,5 thousand a month, eating “macaroni”. What is it? The stupidity of individual representatives of the "elite" who do not consider it necessary to hide their contempt for the common people? Or is the nomenclature so pronounced about the future prepared for the population as part of the gradual curtailment of the social achievements of the USSR? Indeed, in the framework of the liberal concept, the state owes nothing to the population.

So far, the talkative officials have shortened their long tongues. We will all closely monitor developments.
Ctrl Enter
Noticed oshЫbku Highlight text and press. Ctrl + Enter
We are
Russia is ready to give out passports even to Africans
A time bomb is being brought under Russia
Reporterin Yandex News
Read Reporterin Google News
8 comments
Information
Dear reader, to leave comments on the publication, you must sign in.