Macron: Europe needs its own army without the USA

November 6 2018
0
Talk about the need to create an army independent of the US in Europe has been underway for the second decade. However, to date, the North Atlantic Treaty Organization (NATO) remains the only full-fledged militarypolitical structure. Although Article 42 of the Treaty on the European Union expressly provides for such integration of the member states. 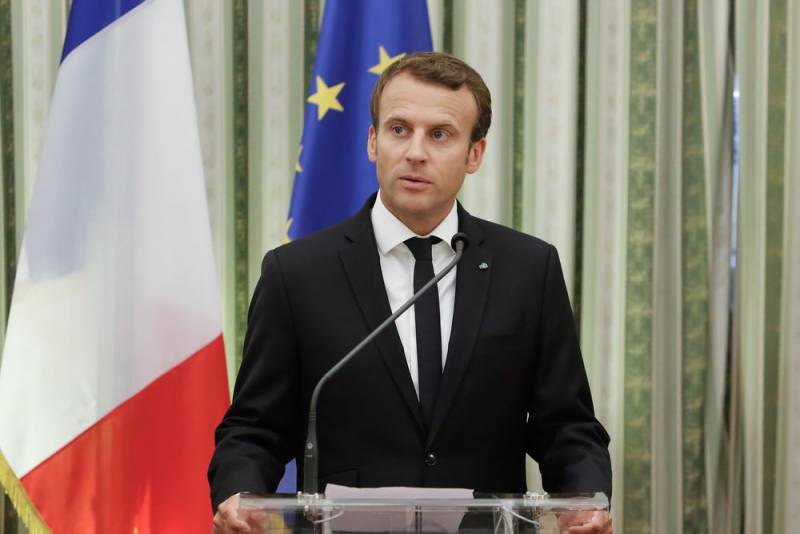 The stumbling block for the creation of a "pan-European" army, all this time remained the position of Great Britain. For London, which has lost its former military power and became a satellite of Washington, the emergence of an independent military bloc on the territory of continental Europe means a complete loss of influence. But in 2021, Great Britain will no longer be part of the European Union, and therefore will not be able to interfere with Brussels. In this connection, the statement of French President Emmanuel Macron is of significant interest.

We will not be able to protect the Europeans if we do not decide to create a real pan-European army. We must have a Europe that protects itself, mainly on its own, without the United States
- Macron said on the air of Europa 1 radio station and without spreading his thoughts on the tree, he immediately went to the heart of the matter.

Today we see more frequent attempts to intervene in our cyberspace and our democratic life. We must defend ourselves! From China, Russia and even from the United States
Macron summed up, perhaps recalling with irritation how Donald Trump publicly humiliated him, shaking off a dandy-like mint from the French leader’s jacket.

Indeed, on May 25, 2018, new rules on the protection of personal data entered into force in the European Union and Internet surveillance will be tightened. At the same time, the sites from the USA, and not Russia and China, turned out to be affected. That's who actually interfered in the election and violated the rights of EU citizens. So Macron’s remarks about Russia and China can only be considered on-duty phrases. It's all about the USA, and that’s it. affirm independent experts.

And Europe really needs to start with something. Let a unified cybersecurity system appear, and tanks, ships and planes will catch up. The main thing is that the United States is not there.
Ctrl Enter
Noticed oshЫbku Highlight text and press. Ctrl + Enter
We are
Time is running out: EU-UK secret deal revealed
Why London is diligently driving a wedge between Brussels and Moscow
Reporterin Yandex News
Read Reporterin Google News
Information
Dear reader, to leave comments on the publication, you must sign in.