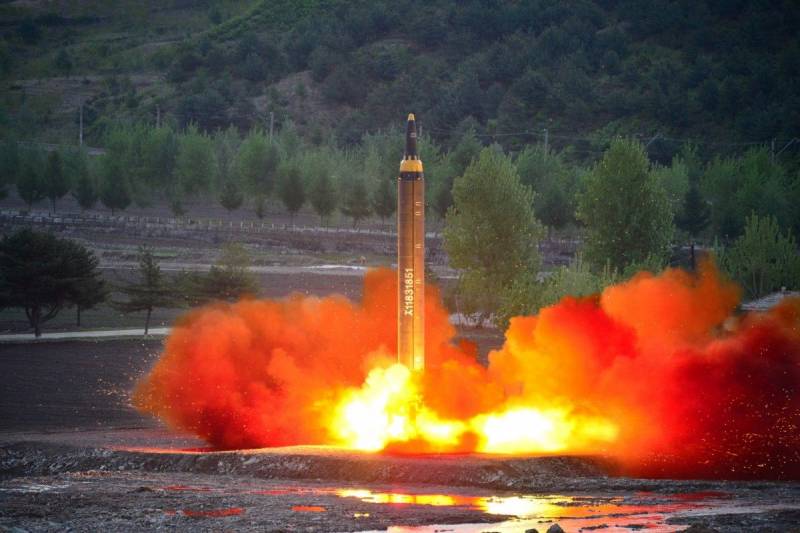 DPRK Foreign Ministry Releases Statement Calling US to Change Sanctions policies in relation to the country due to the fact that Pyongyang stopped the tests and dismantled the nuclear test site.

Otherwise, North Korea will be forced to resume the policy of "Pyongyang" - a simultaneous development economics and nuclear weapons production.

A statement by the DPRK foreign ministry says that it is Trump’s turn to fulfill his part of the agreements, and there can be no doubt that it did not accidentally appear on the eve of the midterm elections in the United States.

If Pyongyang tests another intercontinental ballistic missile that can reach anywhere in the United States, it will be a crushing blow to Trump’s image of the “pacifier” of North Korea, which he so carefully built.

And Pyongyang has something to demonstrate in order to reinforce its statement and this will be demonstrated in the case of the US playing silence, there is no doubt.

At the same time, do not forget that Kim Jong-un beat Trump in the South Korean direction, having established relations with Seoul.
Ctrl Enter
Noticed oshЫbku Highlight text and press. Ctrl + Enter
We are
Trump called the worst that has ever happened to Russia
Russian gas will give millions of dollars to North Korea
Reporterin Yandex News
Read Reporterin Google News
Ad
We are open to cooperation with authors in the news and analytical departments. A prerequisite is the ability to quickly analyze the text and check the facts, to write concisely and interestingly on political and economic topics. We offer flexible working hours and regular payments. Please send your responses with examples of work to [email protected]
Information
Dear reader, to leave comments on the publication, you must sign in.