US deployed missile defense in Europe to strike Russia

November 2 2018
1
What the military said for so long and persistentlypolitical Russia's leadership, in an attempt to convince Europeans, has finally been recognized as a stronghold of global “democracy." The US Navy Research Institute reported that existing missile defense systems installed in Poland and Romania are turning into offensive weapons with a quick movement of the hand. 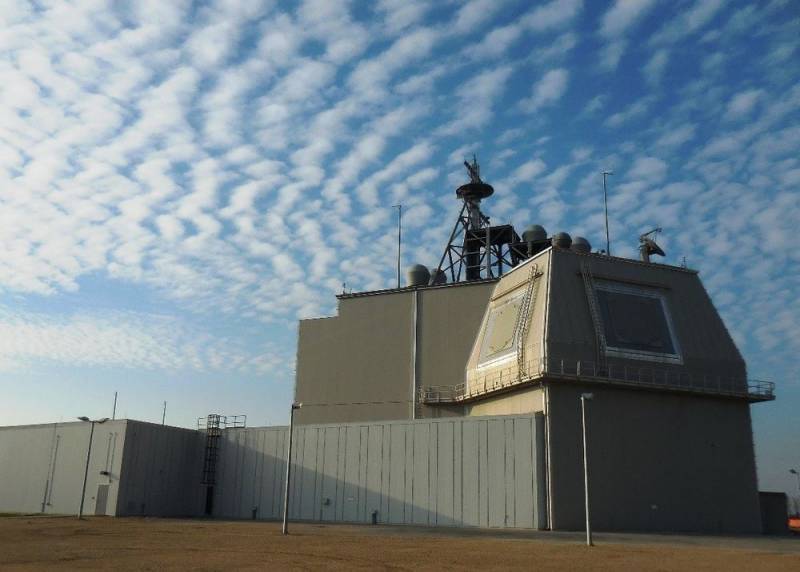 This was confirmed by Abraham Denmark, a well-known expert who had previously worked at the Pentagon, and now works in one of the centers of support for scientists. He so bluntly stated that the conversion of Aegis facilities to the use of available sea and air-based missiles is being done quickly. This can greatly complicate the defense of Russia from attacks from Europe. He even agreed that such refurbishment directly contradicted the INF Treaty.

Europeans do not get easier from such confessions, they are already react very nervous about everything happening with the INF Treaty lately. But Russia warned when the idea of ​​deploying launchers (launchers) Mark 41 was just beginning. After all, they can use not only RIM-161 Standard Missile 3 anti-missiles, but also Tomahawk cruise missiles (up to 2500 km.).

At the same time, the American leadership does not cease to say that Russia is silent about the real capabilities of its 9M729 missiles, which the Iskander-M operational-tactical missile systems (OTRK) are equipped with. They are called the land-based version of the Caliber-NK sea-based missiles, with a range of 1400 km. But the Pentagon thickens even more, claiming that these missiles can fly 5500 km., And not 500 km., According to their Russian colleagues.

Moscow naturally will not put pressure on Beijing, since it does not violate anything and the INF Treaty has not signed. And Europe will remain the injured party in this scenario, where the “gifts” from Iskander-M will fly. After all, people need a brain to think, at least one step ahead, and not retroactively.

Yes, and crafty lovers of the principle of "divide and conquer" from Washington, for some reason do not propose to extend the INF Treaty to the entire planet. And they diligently do not notice Britain, France, Israel and their other allies, pretending that they are not there.
Ctrl Enter
Noticed oshЫbku Highlight text and press. Ctrl + Enter
We are
“We Will Be A Target”: The Response of Ordinary Europeans to US Exit from the INF Treaty
Trump decided to break the agreement with Russia on the INF
Reporterin Yandex News
Read Reporterin Google News
Ad
We are open to cooperation with authors in the news and analytical departments. A prerequisite is the ability to quickly analyze the text and check the facts, to write concisely and interestingly on political and economic topics. We offer flexible working hours and regular payments. Please send your responses with examples of work to [email protected]
1 comment
Information
Dear reader, to leave comments on the publication, you must sign in.