The explosion in the FSB building: a man died

October 31 2018
0
An explosion occurred near the building of the Office of the Federal Security Service in Arkhangelsk. According to official figures, the explosion was of small force, but one person was killed. 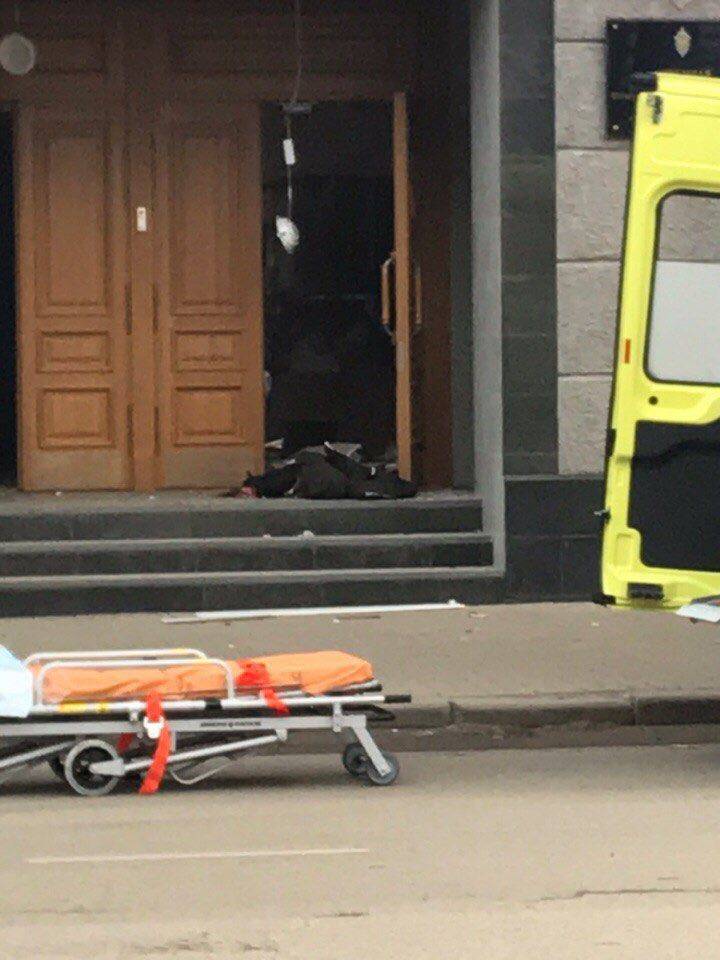 A man who was at the time of the explosion at the entrance to the building died while providing medical care. As it turned out, he was not an employee of the regional department of the Federal Security Service. The identity of the deceased is established.

It is already known that the explosion was not of a domestic nature. It is premature to talk about whether it was a terrorist act or not. But the employees were evacuated from the office, the entrances to the building were blocked. Emergency services work at the scene.

Most often, the objects of Russian law enforcement agencies become the target of terrorist attacks in the North Caucasus. In Arkhangelsk, given its remoteness from the "hot spots", such incidents are extremely rare. Now the special services and law enforcement agencies will need to find out what actually exploded at the entrance to the regional administration.
Ctrl Enter
Noticed oshЫbku Highlight text and press. Ctrl + Enter
We are
Video of the execution in Kerch: was on a mission
Explosion in Crimea with a dozen dead: intelligence agencies talk about the attack
Reporterin Yandex News
Read Reporterin Google News
Ad
The publication is looking for authors in the news and analytical departments. Requirements for applicants: literacy, responsibility, efficiency, inexhaustible creative energy, experience in copywriting or journalism, the ability to quickly analyze text and check facts, write concisely and interestingly on political and economic topics. The work is paid. Contact: [email protected]
Information
Dear reader, to leave comments on the publication, you must to register.
I have an account? Sign in