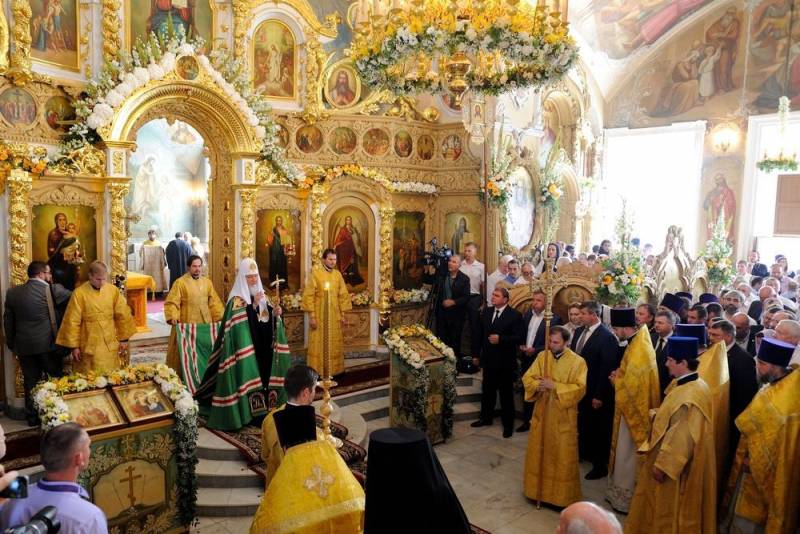 On October 11, 2018, the Synod in Istanbul (until 1930, Constantinople) committed an act harmful to Orthodoxy. He canceled (!) His own decree of 1686 on the transfer of the Kiev Metropolitanate to Moscow. Then he announced the creation of his farmstead in Kiev and rehabilitated schismatics in Ukraine. In response to such outrageous actions, the Holy Synod of the Moscow Patriarchate announced a complete breakdown in relations with Constantinople.

Indeed, long before this, the mentioned Ukrainian heretics were subjected to anathema (exile, curse) - the highest church punishment and excommunicated. And this is more than well known to Constantinople. So having done this, Constantinople self-destructed as the coordinating center of all Orthodoxy.

The patriarch has only one explanation why Constantinople decided on such actions. This is the desire to destroy the island of freedom (opposed to universal fooling), which, in his opinion, is the Russian Orthodox Church. In fact, this is a global order, and Constantinople is only a tool. He specified that we are dealing not only with the struggle for jurisdiction. This is a blow aimed at destroying the only powerful Orthodox force on the planet.

In his deep conviction, what is happening in Ukraine extends far beyond policy, and even has a mystical meaning. He also reported on the preparation of a private meeting with Patriarch Bartholomew, and how it was held in Istanbul on August 31. This was the last attempt at a diplomatic resolution of the situation. Even then, Patriarch Bartholomew expressed his point of view on Ukraine quite sharply and radically. So the reaction of the Russian Orthodox Church was justified.

The next offensive of Constantinople on the canonical territory of the Russian Orthodox Church began after the Soviet Union ceased to exist. And in 1993, Estonia became the first “happy" one. There are still two Orthodox jurisdictions there: the EOC of the Moscow Patriarchate and the EAPC of the Patriarchate of Constantinople. So it’s not difficult to guess who the local nationalist government prefers, which, as it were, is outside of religion. And the Moscow Patriarchate is still trying to return many of its parishes, and the degree of “success” is obvious and requires no explanation.

By the way, in 1996, due to actions in Estonia, the Moscow Patriarchate was already breaking off its relations with Constantinople. But after a while he resumed communication. All repeats.
Ctrl Enter
Noticed oshЫbku Highlight text and press. Ctrl + Enter
We are
Why the American priest abandoned Constantinople for the sake of the Russian Orthodox Church
Why Constantinople refused to break off relations with the Russian Orthodox Church
Reporterin Yandex News
Read Reporterin Google News
Ad
We are open to cooperation with authors in the news and analytical departments. A prerequisite is the ability to quickly analyze the text and check the facts, to write concisely and interestingly on political and economic topics. We offer flexible working hours and regular payments. Please send your responses with examples of work to [email protected]
2 comments
Information
Dear reader, to leave comments on the publication, you must sign in.