Who “leaked” Petrov and Boshirov: the FSB went on the trail?

October 30 2018
4
Information appeared in the Russian media, citing its sources, that the FSB of Russia allegedly identified persons involved in the "drain" of information about Russians who were suspected of poisoning the Skripals family in Salisbury in the UK. This refers to the leak of personal data on Ruslan Boshirov and Alexander Petrov. 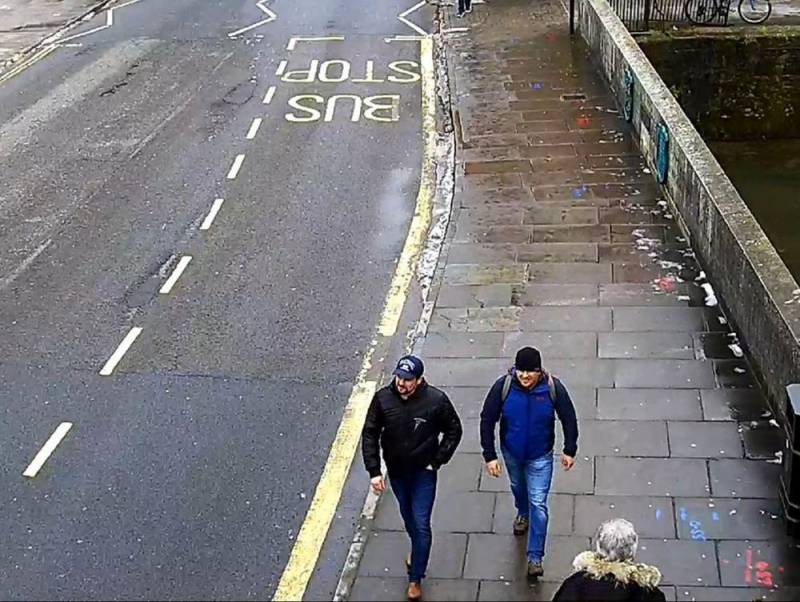 For example, Rosbalt gives a whole account of the work done by someone. Reporting that the FSB of Russia carried out more than 60 different actions aimed at stopping unlawful acts related to information about citizens.

The source said that law enforcement officers communicated with private detectives, "breakers" and other persons who were noticed in the trade in information. He added, without going into details, that in a short time “a lot of cases” were opened on a number of criminal articles. Having cited only the names of certain articles from the Russian Criminal Code that relate to the private life of citizens, disclosure of information by officials, as well as abuse of authority.

A number of persons have already been detained. For example, a border guard and an employee of the Federal Tax Service. At the same time, the border guard could sell data about Petrov and Boshirov, and not only about them. However, the source himself immediately emphasized that open criminal cases were not connected with “tourists” suspected of an incident that occurred in the UK. They are talking about leaks for other persons.

After that, it became not entirely clear what the source really wanted to say. Although the work carried out by the FSB is really important. And the repetition of the "discharge" of information about Russian citizens abroad is unacceptable. But, after the “narratives-reports” described above, given their apparent inconsistency, those who read this and do not consider themselves to be a unicellular organism simply could not help raising questions.

After all, if there was real evidence, then all this, and even in such a form, would not have to be covered in the media. So the question of whether the FSB found involved in the leak of information about Petrov and Boshirov or not remains open. And as our contemporary said, propaganda should be smart and competent.
Ctrl Enter
Noticed oshЫbku Highlight text and press. Ctrl + Enter
We are
USA: Russia already has space combat lasers
Did the British reveal the true identity of Alexander Petrov from Salisbury?
Reporterin Yandex News
Read Reporterin Google News
Ad
We are open to cooperation with authors in the news and analytical departments. A prerequisite is the ability to quickly analyze the text and check the facts, to write concisely and interestingly on political and economic topics. We offer flexible working hours and regular payments. Please send your responses with examples of work to [email protected]
4 comments
Information
Dear reader, to leave comments on the publication, you must sign in.