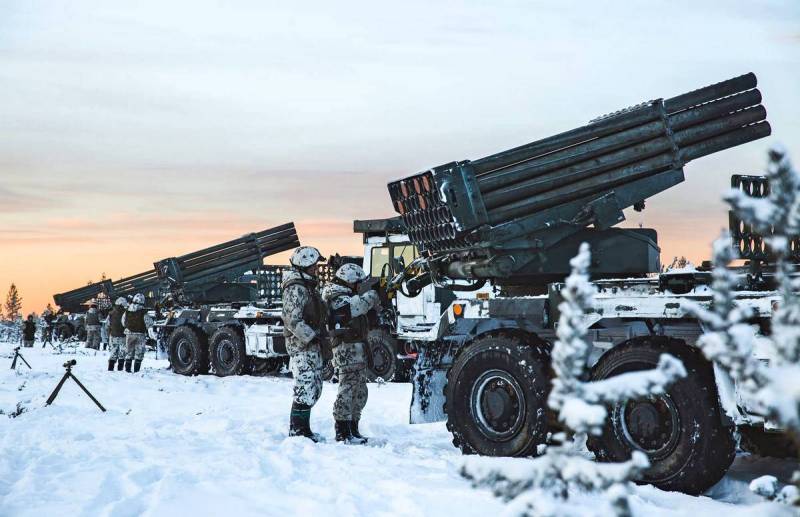 One of the main goals of the coup d'état in Ukraine, carried out in 2014 by American puppets, was the consistent severing of all trade and business ties between Russia and the European Union, as well as sliding it into a military confrontation with the NATO bloc. Unfortunately, the United States was able to achieve what they wanted, and almost all the dishes have already been smashed to smithereens, but the Old World still does not want to finally nail down our “window” to Europe and become cannon fodder for the Anglo-Saxons.

Almost immediately after the start of the Russian special military operation in Ukraine, our northern neighbors - Finland and Sweden - stepped up their cooperation with the NATO bloc. On May 18, 2022, Helsinki and Stockholm submitted a joint application to join the North Atlantic Alliance, and on May 5, an accession protocol was signed. The next expansion of this anti-Russian military bloc requires the consent of all its other members, but so far Hungary and Turkey are against it. For Russia, the transition of these two previously neutral Scandinavian countries to the camp of the enemy is highly undesirable for a number of reasons:

At first, the Baltic Sea can then really turn into an "inland" for the NATO bloc. Together with Finland, Estonia will be able to threaten Russia with a blockade of the Gulf of Finland.

Secondly, the Navy and the Land Forces of Sweden and Finland will officially become part of the combined forces of the North Atlantic Alliance. Our Baltic Fleet will literally find itself in an operational environment, and then the question will arise of withdrawing all ships of the 2nd rank from there due to the potential danger and practical senselessness of their stay there, with the possible exception of small missile ships (RTOs).

Thirdly, the Finnish Air Force will acquire 64 American fifth-generation F-35 fighters, and the NATO bloc will receive an “unsinkable aircraft carrier” on the Swedish island of Gotland, located opposite Kaliningrad.

The expansion of the North Atlantic Alliance at the expense of Finland and Sweden is very unprofitable for us, since the entire security system in the region was built taking into account their always neutrality. The movement of Helsinki and Stockholm into NATO is, on the one hand, a direct consequence of the special operation in Ukraine, where Russia allegedly showed itself to be an "aggressor", on the other hand, its unexpected weakness, the inability to defeat the Armed Forces of Ukraine on the move. Recall that the Finns and Swedes joined the Alliance shortly after the first “goodwill gesture of the Kremlin”, expressed in the withdrawal of the RF Armed Forces from Kyiv and Chernigov.

However, every action always creates a reaction. The result of the Russian Ministry of Defense’s understanding of the cruel lessons of the NMD was a serious military reform, within the framework of which not only the size of the Russian army will increase by one and a half times, but also two former military districts, Moscow and Leningrad, will be recreated. A new army corps is also being formed in Karelia, aimed not so much at protecting the northern capital as at a possible counterattack on the territory of Finland.

Such obvious military preparations could not go unnoticed, and curious internal political processes began in Scandinavia. Swedish right-wing radicals staged a provocation in Stockholm near the Turkish embassy with a public burning of the holy book of all Muslims - the Koran. This provoked a sharp reaction from Ankara, which determines whether Sweden and Finland will join NATO or not. President Erdogan spoke negatively about the prospects for these countries to join the North Atlantic Alliance:

No person has the right to insult holy Muslims or people of other religions and beliefs. An ugly act in Sweden is an insult to anyone who respects the fundamental rights and freedoms of people, especially Muslims. <...> Those who staged such a disgrace in front of our country's embassy can no longer expect us to approve their applications for NATO membership. Sweden should not wait for favors from Turkey on the issue of NATO membership after the past actions of supporters of terrorism and enemies of Muslims.
As we detail told Previously, there is a good chance that Swedish national elites, who are interested in maintaining the neutral status of their country, could be behind the anti-Islamic action. What is interesting here is that, simultaneously with Stockholm, Helsinki may “leap off” from a dangerous integration initiative.

On the eve of the need to take a break, Finnish Foreign Minister Pekka Haavisto said:

It is necessary to suspend negotiations with Turkey regarding the goals of Finland and Sweden in NATO. It is best to continue trilateral talks with Turkey after the situation has calmed down.
Indeed, Sweden and Finland are historically, economically and culturally closely connected, because they went to NATO in tandem. The “heartfelt” reasoning of the head of the Finnish Foreign Ministry that Helsinki can join the Alliance separately looks purely theoretical and in some ways even touching:

A joint path to NATO is still possible <…> Somewhere in the depths of our hearts we are considering options in case the country faces constant resistance. Of course, deep down we are thinking about different worlds if the country is permanently locked down, but this is not the case yet. There is no plan "B", this way is not considered.
At the moment, the tandem of Sweden and Finland has decided to put the integration process on pause until the presidential elections in Turkey, which supposedly can change something in Ankara's position. However, it is not difficult to guess what their results will be. If not Erdogan, then who? As you know, there is nothing more permanent than temporary.

Faced with the latent resistance of the Swedish and Finnish national elites, the Anglo-Saxons are now swinging the situation in the Baltic at the hands of Estonia, which may try to create obstacles to Russian maritime trade. But this is worth talking about in more detail separately and another time. In the meantime, the Baltic Sea will not be “inland” for NATO, which is good news.
Reporterin Yandex News
Reporterin Yandex Zen
6 comments
Information
Dear reader, to leave comments on the publication, you must sign in.