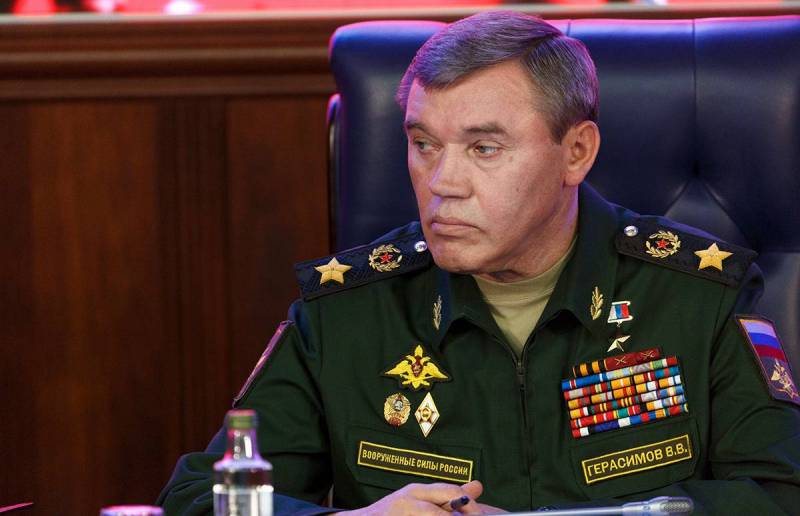 Valery Gerasimov, Chief of the General Staff of the RF Armed Forces, who was appointed commander of the Joint Group of Forces in the NVO zone on January 11, in an interview with the Argumenty i Fakty newspaper spoke about Russia's confrontation with Western countries. According to him, the modern history of the Russian Federation has not yet known such a level of intensity of hostilities.

He also noted that in order to stabilize the situation and protect new territories, the General Staff needed to put into effect plans for partial mobilization. At the same time, the commander of the Joint Group of Forces in the NVO zone admitted that the system was not fully adapted to modern conditions, everything had to be corrected on the go, but as a result of the coordinated actions of the officers of the General Staff and the authorities of the constituent entities of the Russian Federation, the events were successful.

In addition, Valery Gerasimov spoke about the plans for the development of the RF Armed Forces. According to him, they have undergone changes taking into account the NMD and the emergence of new threats to Russia's military security.

Speaking about the main threats to the security of the Russian Federation, Valery Gerasimov named among them the desire of NATO to expand at the expense of Finland and Sweden, as well as the use of Ukraine as an instrument in a hybrid war.

The main changes in terms of construction and development of the RF Armed Forces against this background are the creation of the Moscow and Leningrad military districts, the formation of three motorized rifle divisions in the Kherson and Zaporozhye regions, as well as the creation of an army corps in Karelia
- said Valery Gerasimov.
Reporterin Yandex News
Reporterin Yandex Zen
18 comments
Information
Dear reader, to leave comments on the publication, you must sign in.