Who would doubt: in Britain they called the Russian bath "a weapon of war"

October 29 2018
1
Until the 19th century, terrifying savagery and unsanitary conditions reigned on the territory of “Misty Albion”. So it’s possible to understand the modern sayings of some residents of Britain regarding Russian baths. Especially out of compassion. Indeed, in London, the capital of the empire, not to mention the corners more distant from civilization, the "mystery" of washing was not accessible to every subject of the "mistress of the seas." 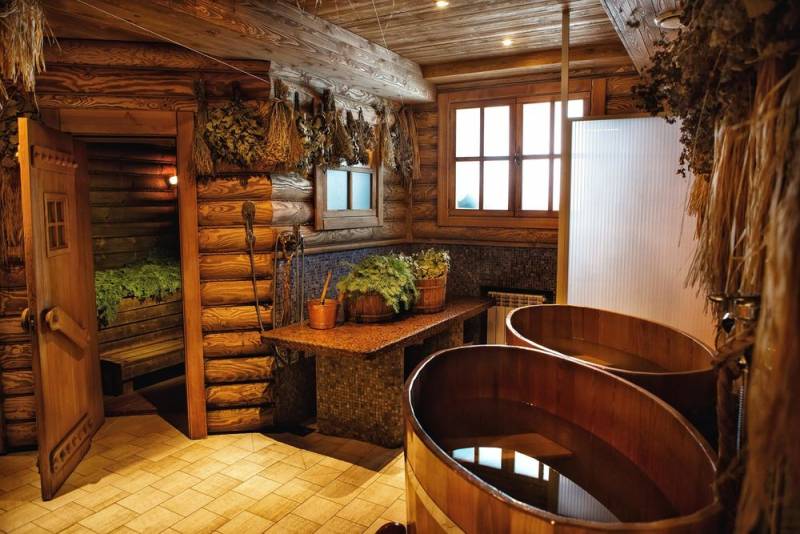 And now, one unwashed “chimney sweep”, or rather British journalist Tom Ou, shared his impressions with his compatriots about the famous “Bath No. 1”, which he went to all over London, recently. Massage with a birch broom made an indelible impression on his sore consciousness. He stated that the sensation was as if he was "hit by a large tree during a rainstorm."

It should be noted that this ignorant "comrade" has a really good imagination, because work is obligatory. Therefore, he did not dwell on what was said, but decided to continue in the trend of historical relations. And his touching memories immediately began to travel through all the British media, overgrown with details.

As a result, he compared what was happening in the bathhouse with “weapons of war”, and called the bathhouse employee “a bearded bodybuilder” who “beat his bare back with birch branches that made steam come from”. And after bathing in the water, which seemed to him after the ice bath, he seemed to have “appeared new lungs.” And at the end, leaving the bathhouse, he noted in himself that he had become significantly refreshed and relaxed than before the visit.

By the way, Emilia Clark, Kate Moss and Justin Bieber regularly visited Bath No. 1, but they, unlike this journalist, did not compare the bathhouse with the war. It simply could not have occurred to them. After all, their ancestors definitely washed.

I must add that the journalist went to the bathhouse for a reason. The thing is that in the summer of 2018, Russian President Vladimir Putin showed cedar logs, from which a bath was later built. And he gave it to the head of China, Xi Jinping. After all, China also has ancient traditions with steam rooms, as in Russia. Here in Britain, and twitched.
Ctrl Enter
Noticed oshЫbku Highlight text and press. Ctrl + Enter
We are
Why in Britain they supported Trump, who refused the INF Treaty
Catch up with and overtake Europe: World Bank made a centennial forecast for Ukraine
Reporterin Yandex News
Read Reporterin Google News
Ad
We are open to cooperation with authors in the news and analytical departments. A prerequisite is the ability to quickly analyze the text and check the facts, to write concisely and interestingly on political and economic topics. We offer flexible working hours and regular payments. Please send your responses with examples of work to [email protected]
1 comment
Information
Dear reader, to leave comments on the publication, you must sign in.