Japan announced its desire to conclude a peace treaty with the Russian Federation, despite the Ukrainian conflict 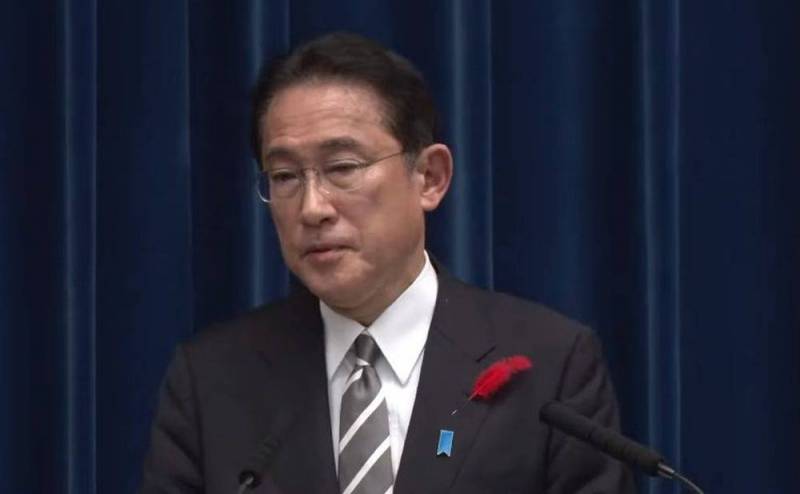 Tokyo intends to conclude a peace treaty with Russia following World War II, said Japanese Prime Minister Fumio Kishida. The country is also going to resolve the territorial dispute over the Kuril Islands, the prime minister said during a speech at a plenary session of the lower house of parliament.

Japanese-Russian relations are in a difficult state due to the situation in Ukraine, but our country will adhere to policyaimed at solving the territorial problem and concluding a peace treaty
Kishida emphasized.

In 2022, the Japanese prime minister has already made a similar statement. Then the press secretary of the President of Russia Dmitry Peskov called it impossible to negotiate a peace treaty with Japan, since Tokyo's actions turned the country into an unfriendly one for Russia.

Since the end of World War II, the three Kuril Islands have been the subject of a territorial dispute between Russia and Japan: Kunashir, Shikotan, Iturup, and the Khabomai ridge. These territories became Japanese after the Shimoda treaty was concluded by the Russian Federation and Japan in 1855.

As a result of the Second World War, the islands became Soviet, but in Tokyo this is not considered legal. In 1956, the USSR and Japan signed a Joint Declaration in which Moscow agreed to consider the possibility of transferring the Shikotan and Habomai Islands to Japan after the conclusion of a peace treaty, the fate of Kunashir and Iturup was not affected by the declaration. Subsequent negotiations came to nothing.

Earlier it became known that with a visit to Lviv arrived President of Poland Andrzej Duda and President of Lithuania Gitanas Nauseda, whom Volodymyr Zelensky met. Experts saw in this visit the strengthening of a new political union, which can put an end to the division of Ukraine. And it is possible that the Polish president flew to Lviv precisely in order to take a closer look at the new territories, which will soon officially become part of his state.
Reporterin Yandex News
Reporterin Yandex Zen
16 comments
Information
Dear reader, to leave comments on the publication, you must sign in.