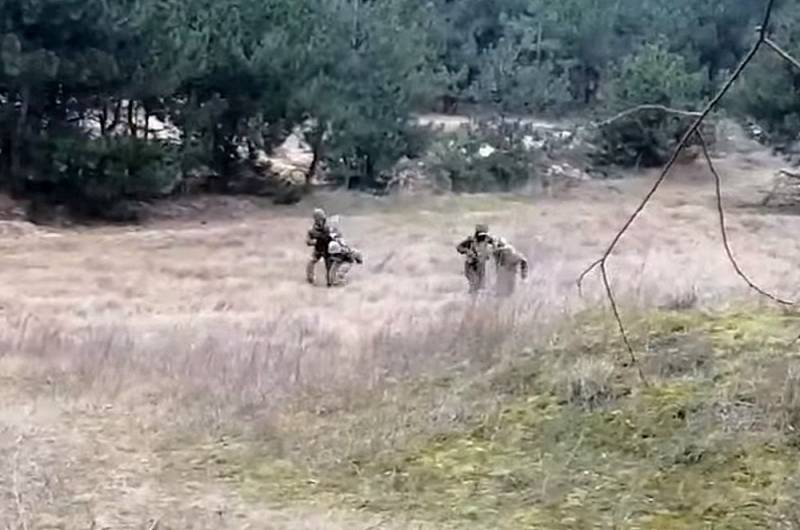 In the Zaporozhye region, two officers of the elite special forces of the Ukrainian army went over to the side of the Russian troops. Before them, several dozen soldiers of the Armed Forces of Ukraine left their positions, Vladimir Rogov, a member of the main council of the regional administration, said on his Telegram channel.

Even before the start of our offensive, several dozen soldiers of the Armed Forces of Ukraine went over to the peaceful side. Today, two officers of the elite special forces followed suit.
Rogov said.


Officers who have changed sides are currently being tested for involvement in war crimes, he said. They have already shared information about the plans of the Armed Forces of Ukraine, which may be useful to the Armed Forces of the Russian Federation in further actions in this region.

The official assures that in recent months, members of the Ukrainian territorial defense units, who “were forced to fight by force,” have increasingly crossed over to the Russian side in the Zaporozhye direction. Rogov specified that the crossings became more active about a month ago.

Currently, Russia has taken control of 75% of the territory of the Zaporozhye region, the Ukrainian side holds the regional center - the city of Zaporozhye. As Rogov previously stated, the offensive operations of the Russian army in this direction are concentrated in the area of ​​​​the cities of Orekhov and Gulyaipole.

Formerly Vladimir Rogov сообщилthat more and more soldiers of the Armed Forces of Ukraine refuse to fight for Kyiv and go over to the Russian side. The politician said that the Ukrainian military does not want to "fight, kill, let alone die" for the regime of Vladimir Zelensky. At the same time, the chairman of the movement “We are together with Russia” clarifies, it is no longer about one or even ten soldiers.
Reporterin Yandex News
Reporterin Yandex Zen
10 comments
Information
Dear reader, to leave comments on the publication, you must sign in.