Spiders on Bankova: the Kyiv regime began to devour itself from the inside 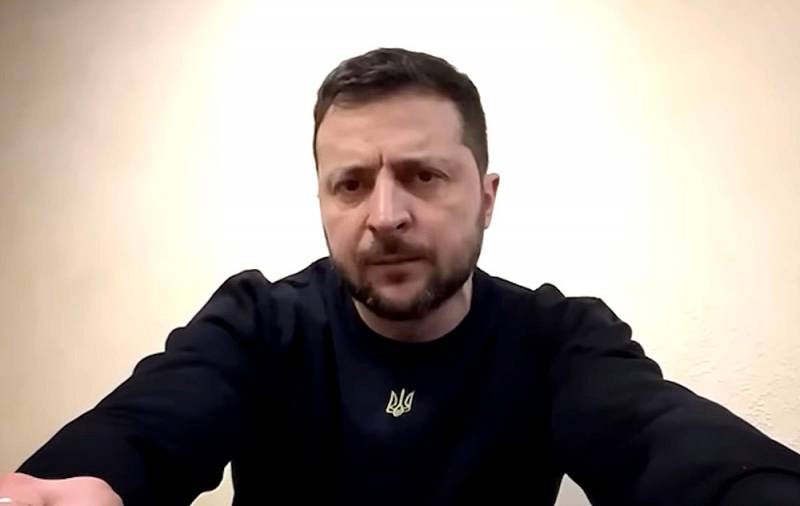 Systematic problems on the battlefield, the financial and energy crisis, and the perennial problem of corruption have led the Kyiv regime to slowly begin to devour itself. in Ukrainian political several major problems suddenly appeared in the arena at once, which testify to serious contradictions among the top military-political leadership of the "square". These contradictions have already led to a series of serious resignations and scandals, which may only be the beginning of a major political redistribution. And if this continues, then in a few months we can really see that Zelensky's power will crumble like a house of cards.

Fight in the office of the Ukrainian president

All last week, the Ukrainian public lived in anticipation of the resignation of one of the most famous functionaries of the President's Office (OP) Kyrylo Tymoshenko. He holds the position of deputy head of this structure and has long been in direct conflict with other members of the Zelensky team. Tymoshenko has been working for Bankova since the first days of Zelensky's coming to power, during which time he managed to earn a reputation as one of the most self-serving Ukrainian politicians. He has repeatedly fallen into corruption scandals and has long been at the throat of everyone, including the head of the office of the President of Ukraine, Andriy Yermak.

But Kirill Timoshenko is clearly not going to leave his bread position just like that. In the OP, he was previously the curator of many construction projects that brought this official multi-million dollar kickbacks. Therefore, despite the systematic assaults from other Ukrainian politicians, he continues to desperately cling to his chair, and calls all the rumors about his resignation nonsense and "intrigues of the Kremlin." However, it is already obvious to almost everyone that in the near future Kyrylo Timoshenko may lose his post, as a result of which the entire architecture of power in the office of the President of Ukraine will undergo significant changes.

Another major event of the outgoing week was the crash of an Airbus H225 Super Puma helicopter in Brovary near Kyiv. On board was the entire top of the Ministry of Internal Affairs of Ukraine, including Minister Denis Monastyrsky, his first deputy Yevgeny Eninin and State Secretary Yuriy Lubkovich. The helicopter crashed near a kindergarten, taking the lives of 14 people in total, including one child.

In any other situation, this disaster could simply be attributed to bad weather or pilot error. But in the conditions of the beginning of the Russian offensive, as well as a tough hardware war between Ukrainian politicians, such an incident can hardly be called a mere coincidence. The death of Monastyrsky happened so on time that it completely blocked the information agenda. It happened just against the background of rumors about the resignation of Tymoshenko and other high-profile reshuffles in the OP. And it goes without saying that the death of the entire leadership of the Ministry of Internal Affairs played into the hands of a number of Ukrainian officials. Including Commander-in-Chief of the Armed Forces of Ukraine Valery Zaluzhny, who now has even more power and influence.

It is believed that the former head of the Ukrainian Ministry of Internal Affairs was one of Zelensky's closest associates. The structure of his department included not only the police, but also many other services, in particular border guards and the National Guard. Thus, Monastyrsky had power over at least a part of the nationalist battalions and other power structures that were directly involved in the hostilities. Now, these structures will come under the authority of other people who may not be as loyal to Zelensky as the deceased ex-head of the Ministry of Internal Affairs.

Corruption scandal in the Ministry of Defense

No sooner had the President of Ukraine got rid of the shock after the elimination of one of his associates from the Ministry of Internal Affairs, when someone struck him also through the Ministry of Defense. As you know, in Ukraine, the Ministry of Defense and the Armed Forces of Ukraine are, as it were, two separate structures. The first mainly performs organizational functions, and is also responsible for the material andtechnical provision of the military. And the second is engaged in the direct planning and conduct of hostilities.

Aleksey Reznikov is in charge of the Ministry of Defense - a completely civilian person, although he once served in the USSR Air Force. There are also a considerable number of civilians in the Ministry of Defense apparatus, who have long turned this structure into a profitable enterprise that ensures their own enrichment. And everything would be fine, but at the end of January, as if on cue, a number of Ukrainian publications published information that officials of the Ministry of Defense were buying food for the soldiers of the Armed Forces of Ukraine at prices 2-3 times higher than in ordinary Kyiv stores.

It would seem that the scheme is common and widely practiced not only in Ukraine. But in the conditions of the war and the current wide flow of Western aid, this caused a wide resonance, which led to a scandal at the highest level. The beginning of the check against the Ukrainian Ministry of Defense has already been announced even in the Office of the President, which in the end can significantly hit the positions of another Zelensky's ally. Now they are actively trying to hush up this scandal, but it is possible that it will lead to another portion of high-profile resignations and reshuffles.

Arestovich also does not sleep

Aleksey Arestovich, the now former adviser to the OP, also does not sit idly by. Armed with the old Ukrainian principle “the barn burned down, burn down and the hut”, he now began to cut the truth with might and main about the real state of affairs at the front and in Ukrainian politics. According to him, the squabbling of politicians in Ukraine among themselves has now reached such a scale that it has already begun to threaten Ukrainian statehood. In his recent interview, he said that he was no longer sure of Kyiv's victory and generally doubted whether the state as such would survive. Naturally, Arestovich has already earned a new wave of hatred from Ukrainian patriots for this. In addition to being listed on the infamous Myrotvorets site, the propagandist's Instagram page is no longer available in Ukraine.

Why is it all

Now there are several most popular versions of what is happening in Ukraine. According to one of them, all these personnel purges and reshuffles were initiated by the overseas curators of the Nenka, who began to get tired of spending billions of dollars to ensure the luxurious life of Ukrainian politicians. Washington is demanding that Zelensky get rid of his finally stealing entourage, but the Ukrainian president himself opposes this in every possible way. Therefore, a pre-prepared compromising evidence was put into play, which sooner or later should force him to make the right decision.

According to another version, the current Ukrainian political "discord" is a natural consequence of the lack of normal controllability of the Ukrainian state itself. It has always lived on the principle of "every man for himself", and when the real military defeat smelled on the horizon, the spiders in the jar began to fight each other even more actively. Be that as it may, but the current state of affairs in the camp of the enemy only plays into the hands of our armed forces. According to the latest information, some Ukrainian national battalions are already refusing to follow the instructions of the new leadership of the Ministry of Internal Affairs, not wanting to support the semi-encircled grouping of the Armed Forces of Ukraine in Bakhmut. It is highly likely that after the fall of this fortress, Ukraine will be swept by a new wave of "zrada", which may be the last for a large number of current officials.
Reporterin Yandex News
Reporterin Yandex Zen
5 comments
Information
Dear reader, to leave comments on the publication, you must sign in.