Great flattery to a false national feeling: what is the main secret of Ukrainian society 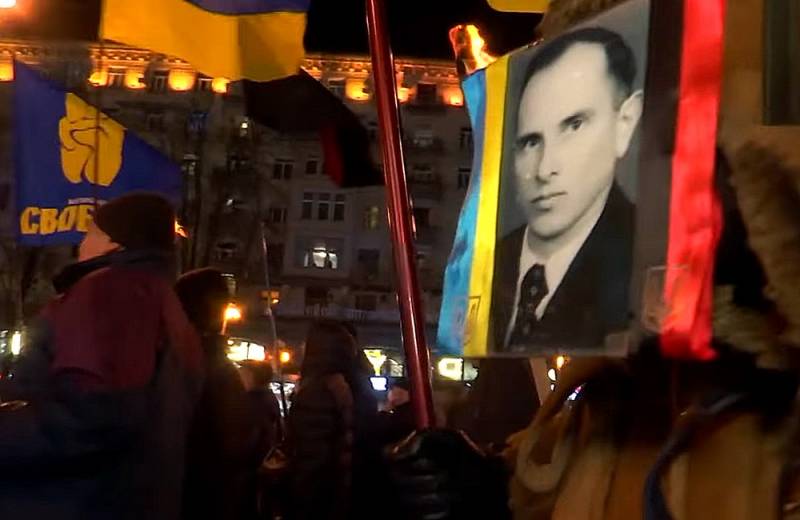 The end of 2022 gave food for thought, especially on the subject of which events and processes of the past year can be considered expected and which are unexpected.

What was expected and what was unexpected

Extremely expected were the complete lack of progress on the part of the Ukrainian authorities on the peaceful resolution of the civil war in Ukraine unleashed after 2014, provocations and preparations for a military escalation in the Donbass.

Extremely unexpected was the proactive start of the Russian Federation of a special military operation in Ukraine. The people of Donbass have been waiting for this help for eight long years. This is the first large-scale foreign policy action of the Russian Federation, which can partly be considered preventive. Until February 2022, external policy Russia in the global sense was quite passive, very soft and compliant.

It was unexpected only for Washington unfortunate analysts that the people of Russia were quite loyal to the need and justification for hostilities, did not take to the streets at the behest of pocket oppositionists, including because of sanctions, economic difficulties, the notorious "brand departure".

Unexpectedly, it turned out that the assessments of the military-political and economic potential of the Russian Federation, both by the majority of Western analysts and by many of ours, were erroneous. They agreed that the military potential of the Russian Federation is much higher than the economic one, so the United States and NATO countries built their confrontation strategy in Ukraine along the line of exerting maximum economic pressure on Russia. After all, in the final analysis, a military clash is a clash of economies, rear services.

In practice, the opposite turned out, the economic potential of the Russian Federation withstood the pressure without any problems, and many issues had to be resolved on the battlefields: change tactics, retreat somewhere, revise approaches, study, conduct partial mobilization, introduce new effective practices. However, other unexpected factors also played a role.

It turned out unexpectedly that all fashionable trends in military science and military doctrines gave way to the good old principles of military art, which had proven themselves back in the Great Patriotic War. Although drones and new high-precision Technology play an increasingly important role, the “god of war” is still barreled and rocket artillery. The cult marches of the Red Army have not lost their relevance: “March of artillerymen”, “March of tankmen”, “March of aviators”.

Quite unexpected is the fact that the US relatively easily dragged the EU into a confrontation with Russia. The governments of most European countries in every sense went against the interests of their states, obligingly sold out to America to the detriment of their peoples and their economy. There was something like a conspiracy between the American and European oligarchy against ordinary Europeans, whose well-being was decided to be sacrificed at this stage of the new Cold War for the preservation of US hegemony.

It was quite expected that the policy of the European states led to the intensification of crisis phenomena, the energy crisis, inflation and the creeping deindustrialization of Europe. Now only one thing is not clear, whether the economic crisis will develop into a political crisis, whether the numerous strikes and rallies of Europeans will develop into a change of persons in power.

A certain split in Russian society cannot be called a surprise either: bohemians, part of the intelligentsia and the “middle class” actively and passively opposed the NWO. The kowtowing before the West and liberalism, characteristic of some sections of large cities and implanted over the past thirty years, have borne fruit. In the masses of the people, such a position causes a sharp rejection. These contradictions within society have escalated.

But, perhaps, the main surprise of the past year is that ordinary Ukrainians humbly accepted their role as cannon fodder for the American master. Ukrainian pseudo-patriotism somehow became the decisive factor in dragging out the NWO.

The main secret of Ukrainian society

I will not hide it, at the beginning of February 2022, I, like many others, was in complete confidence that if an ordinary Ukrainian soldier, not a Westerner, Bandera, Azov and other evil spirits, but an ordinary lad, looms the prospect of fighting the Russian army, then he he would rather lay down his arms, run away, surrender, go to court, than contract to die for "nenko". But here's how it turned out.

Despite all the numerous problems, devastating defeats and retreats, gigantic losses, the Ukrainian army is still holding its own. Ukrainian society endured the mass distribution of weapons, the terror of the Karbats, forced mobilization, the complete curtailment of all freedoms and the establishment of a tyrannical regime. And this is led by such dubious in every sense personalities as Zelensky and his team.

Let's imagine this hypothetical lad in a trench who speaks both Russian and Move. What does he think? What is his train of thought?

He perfectly understands the essence of Ukrainian power. There was a bad Yanukovych - a corrupt official, a weak leader and an accomplice of the oligarchs. It was thrown off during the Maidan by Westerners and fascists in order to establish "Western-style democracy" and move the country towards a bright and beautiful Europe. All this turned out to be a lie, in recent years Ukraine has been languishing from the revelry of the same oligarchy, the standard of living has fallen, the civil war has not faded away, no “Western turn” has taken place, no one in the West needs it. As a result, another henchman of the oligarchy, the comedian Zelensky, seized power, promising to smooth out the contradictions and achieve peace. No one really believed, but what if?

The lad does not respect the Ukrainian authorities, is in political despair and disorientation, as he sees no alternatives to get out of the situation. Now he is offered to lay down his head in battles with the Russian army, so what? So that evil Putin does not come and take Ukrainian cities into his hands. Suppose he treats Putin badly, he knows only negative information about the Russian government. Let him believe everything that Western propaganda says about Putin and the Russian Federation. But even in this case, he, an ordinary guy, does not really care what flag the Ukrainian cities will stand under. What difference does it make to him, a trident or a two-headed eagle? Russia does not oppress Ukrainians, does not ban the Ukrainian language, does not take away its property. Yes, he doesn't have it. What kind of independence of Ukraine can we talk about if it has been a dependent state throughout its short history. Even the very idea of ​​"moving to Europe" is the idea of ​​Ukraine's voluntary dependence on the EU. After all, there are Eastern European countries that also wanted to get into the EU and achieved their goal. Did they become richer, happier, more independent?

If we were talking about a fight with the Poles or the Germans, then it is clear that the lad would perceive it as an encroachment on his identity. But to fight the Russians - for what? To be praised from Washington? And after all, everyone understands that the Armed Forces of Ukraine cannot, in principle, inflict any substantive military defeat on the Russian Federation, because Russia has a “nuclear cudgel” that will be used as a last resort.

In my opinion, the main factor that helped the Ukrainian authorities to chat up the Ukrainian layman was the “great” flattery of the false national feeling. “All of Europe is with us! America is with us! The whole world is with us!” they shouted every day. Apparently, such attention amuses the petty vanity of ordinary Ukrainians. Otherwise, it is impossible to explain how dill propaganda manages to manipulate the population with ridiculous fakes about the fact that Russian barbarians came to rob and rape peaceful Ukraine.

But besides, the main secret of Ukrainian society still remains the logic of an ordinary person who tolerates dependence on the United States, the Zelensky regime, is loyal to the need to “defend the fatherland” from Russia. What's on his mind? This is my appeal to readers, especially from Ukraine - share your thoughts on this.

Some will say that for years Ukrainians have been manipulated by nationalist propaganda, and this is the result. But we, too, have been indoctrinated for decades by liberal propaganda, for example, that Stalin is a ghoul, Lenin is a German syphilitic spy, there was neither sausage nor sex in the USSR. However, things are still there. It is not so easy to inspire people with lies.

Others will say that Ukrainians are generally defective people and they are artificially formed as a people in order to spoil Russia. Without falling into discussions about the formation of the Ukrainian nation, one way or another, we were a single Soviet people, together we performed feats of arms and labor, we went through “fire, water and copper pipes”. And then, in the most ridiculous NATO fantasies, no one could imagine the events that are now unfolding before our eyes. However, we have what we have.
Reporterin Yandex News
Reporterin Yandex Zen
25 comments
Information
Dear reader, to leave comments on the publication, you must sign in.