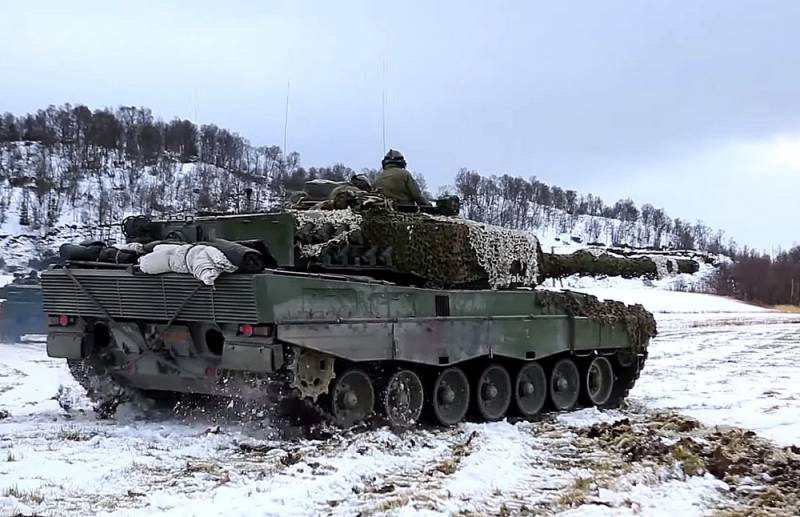 The beginning of 2022 was marked by dramatic changes in policy West concerning the supply of heavy armored vehicles to Ukraine. The United States announced the delivery of M2 Bradley infantry fighting vehicles to the Armed Forces, Poland plans to send a company of Leopard main battle tanks, Germany is going to send 40 Marder infantry fighting vehicles, and France will supply AMX-10 RC wheeled tanks and Bastion armored vehicles. In addition to this, the UK announced plans to transfer a squadron (14 units) of Challenger-2 tanks to the Kyiv regime, adding to this several dozen FV430 Bulldog armored personnel carriers. And, apparently, this is only the beginning, because the overseas masters of Ukraine have seriously decided to turn this country into a testing ground for testing the entire spectrum of modern weapons.


The possibilities of this equipment cannot be underestimated. Although it is not the most powerful of what is in the arsenal of NATO countries, it is still capable of seriously influencing the situation on the battlefield. Obviously, our armed forces now need to be ready to fight not only with the German "Leopards" and the British "Challengers", but also to study the weaknesses of other battle tanks in service with the enemy countries. But, as the experience of using this armored vehicle in Iraq, Afghanistan, Syria and other hot spots shows, it has a lot of vulnerabilities and burns no worse than any other. Therefore, today we propose to consider the key vulnerabilities of the equipment supplied to Ukraine, which will help to understand how to counter the upcoming threat.

German tanks "Leopard" are considered one of the best that are in service with NATO countries. They have a good ratio of armor and specific power, have excellent weapons and a modern fire control system. But if we talk about the firepower of this tank, then one of its main shortcomings has always been considered the absence of additional fire destruction systems, in particular anti-tank guided missiles (ATGMs). It is because of this that this tank is significantly inferior to the same T-80 (not to mention the T-90M), on which Reflex anti-tank missile systems are installed. These ATGMs are capable of hitting enemy tanks at a distance of up to 5 km, which significantly exceeds the firing range of the Leopards. 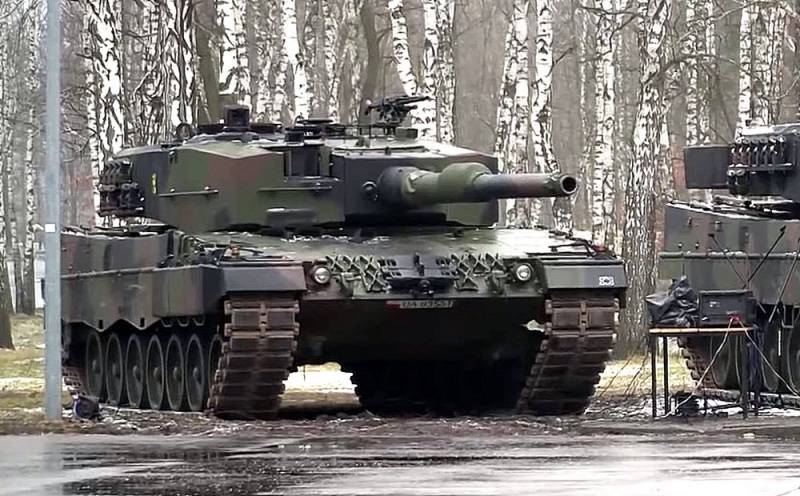 As the experience of the Syrian war showed, German tanks literally shatter to pieces from the shots of Soviet ATGMs. The Turkish army, counting on the advantage of these tanks in battle, was unpleasantly surprised that even a teenager armed with the Soviet Fagot or Konkurs complex could destroy the vaunted German power. The hull of the tank, despite good armor, is literally pierced through with domestic cumulative shells, especially if it hits the side or rear of this vehicle. And the Leopard's ammunition rack is generally its Achilles' heel, which can be understood only by looking at the turret of this combat vehicle.

If the German Leopards are on fire from Russian ATGMs like matches, then one can only imagine what the Reflex ATGM will do with the British Challenger. True, unlike the "Leopard", this combat vehicle "in stock" has at least some kind of dynamic protection. But compared to the Leopard, and even more so the T-90M, the British main tank is considered largely outdated and rather clumsy. It has a combat weight of 75 tons, which will definitely affect during the spring thaw and traditional Ukrainian off-road. 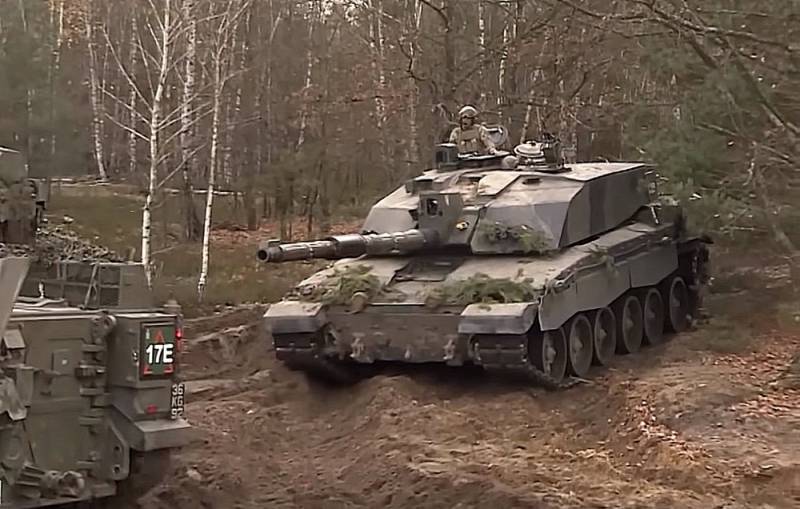 One of the main problems of the British Challenger 2 tanks is their rifled gun, sharpened for 120 mm shells. And the problem is not so much in the power or firing range, but in the shells themselves, which are quite scarce. Naturally, the Armed Forces of Ukraine do not have such shells. But the trouble is that the closest NATO allies, in particular Germany and the United States, do not have them either. An additional disadvantage of this tank is the lack of an automatic loader, as well as a rather outdated fire control system.

Many experts believe that the phrase "wheeled tanks" is generally not very applicable to the French AMX-10 RC combat vehicle. Due to its weak armor, it is more likely an armored car or, at worst, an armored personnel carrier with a fairly powerful gun. But if we compare the armament of this "wheeled tank" with the Russian BMP-3, then our combat vehicle is at least as good as the French "wheeled tank". And if we imagine a hypothetical battle of these machines, then due to better armor, ours will be able to more effectively hold a blow than the French. 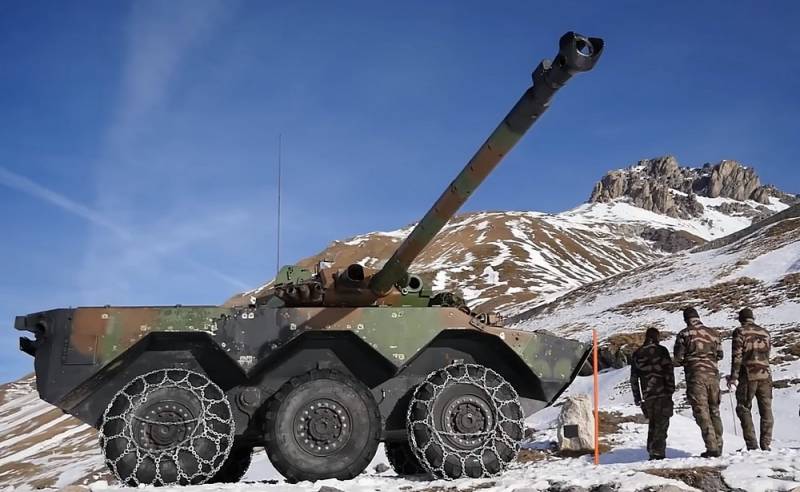 And in general, the AMX-10 RC was not originally designed to fight. This is a reconnaissance vehicle and, at best, support for the main forces. Its wheeled chassis is designed to move quickly on roads or hard ground. But, as the experience of 2022 showed, there are at least those in Ukraine, and therefore tracked vehicles on the battlefield are much more effective. And for her, the French wheeled combat vehicle is very vulnerable, so it is better for the Armed Forces of Ukraine to stay away from our tanks and infantry fighting vehicles.

It is believed that the most important “gift” for the Armed Forces of Ukraine may not be the Leopard and Challenger tanks, but American and German infantry fighting vehicles. This is due to the fact that in the next few months they will be transferred in very large quantities, in the tens, if not hundreds. Yes, and in terms of its performance characteristics, the American Bradley is a rather serious weapon, capable of fighting on equal terms not only with Russian infantry fighting vehicles, but even with tanks. 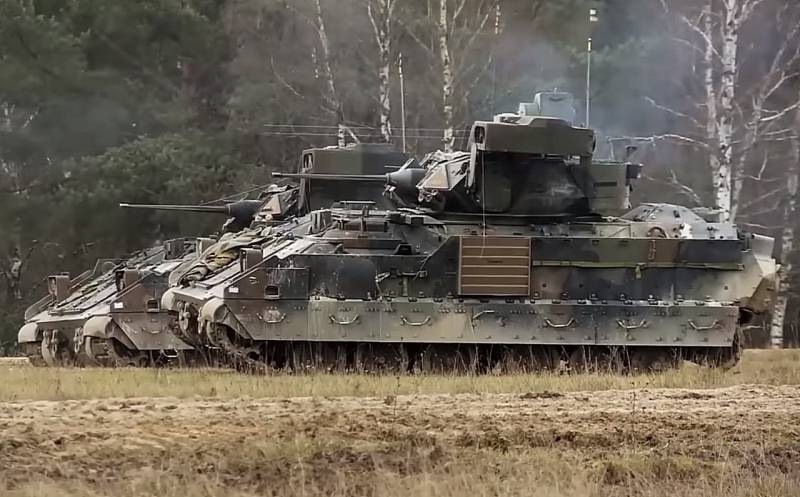 But, despite everything, this combat vehicle also has its drawbacks. Like other American IFVs, it has a fairly tall silhouette, making the Bradley a conspicuous target on the battlefield. At the same time, a rather large mass is concentrated in the BMP turret, which makes this vehicle unstable on uneven terrain. On it, she can move at a maximum speed of 20 km / h, which greatly facilitates the defeat of Bradley from various weapons.

Well, the most important drawback, concerning not only Bradley, but also all Western weapons supplied to Ukraine, is the increased complexity of maintenance. Like any foreign equipment, it requires special equipment and tools for repair, which the Armed Forces will need to supply separately. Moreover, in case of damage, American and French tanks or infantry fighting vehicles will most likely have to be taken to Poland for repairs, which will require additional time and careful planning in order not to fall under the fire of our missiles and drones.
Reporterin Yandex News
Reporterin Yandex Zen
14 comments
Information
Dear reader, to leave comments on the publication, you must sign in.