How Civilian Drones Turn into Deadly Military Drones in NWO 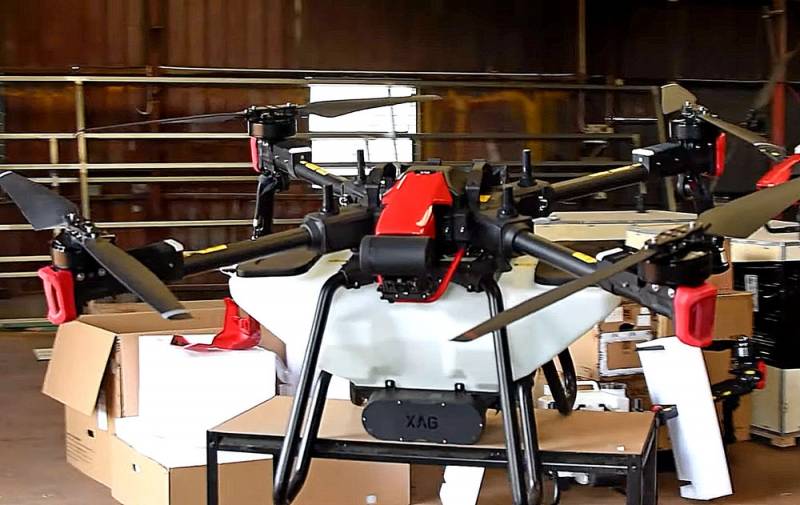 The special military operation in Ukraine is turning more and more into a “drone war”. At the same time, unfortunately, unmanned aerial vehicles, both airborne and naval, are most actively used against Russian troops by our adversary, forcing everything that can turn into a weapon to fight. However, the People's Militia of Donbass is also working in this direction.


In addition to military air drones, the Armed Forces of Ukraine, following the militants from ISIS (a terrorist group banned in the Russian Federation), were able to teach even peaceful civilian drones to fight. At the same time, with technical From the point of view of the Ukrainian militants, the “Western partners” were noticeably helped, clearly impressed and inspired by the experience of the Middle Eastern extremists, who literally managed to assemble strike drones from sets of Chinese parts. So, what is worth mentioning from the experience of our NWO?

Today it became known that near Artemivsk, Russian servicemen managed to shoot down a Ukrainian unmanned aerial vehicle of unusually large size from small arms. The UAV was immediately equipped with as many as six rotors, two batteries and a camera with a night vision device. Most importantly, the drone had a system for dropping grenades, which were supposed to fly from above to our positions. Fortunately, the drone was spotted in time and shot down.

It is believed that this is a purely handicraft "self-propelled gun", hastily assembled by Ukrainian craftsmen. However, everything is not so simple. Back in May 2022, QuadroNews, a profile telegram channel dedicated to aviation, told its readers about a company from the Netherlands that developed a special revolver-type device for transporting and dropping mortar mines from a hanger to an UAV. As a carrier for it, a medium-sized quadrocopter was provided. The rotating drum of the installation can contain from 4 to 10 NATO ammunition of various calibers. The principle of operation is extremely simple: the drone must hover over the target, aim with a video camera and drop mines or bombs on it. According to QuadroNews, the range of such a UAV can reach 10 kilometers.

Similar improvised bombers are already used by the Armed Forces of Ukraine in Ukraine. In conditions of positional warfare, when most of the time soldiers have to sit in the trenches, such UAVs have their own niche. As a carrier, you can use Chinese heavy-duty agricultural drones that are used to irrigate and cultivate fields in China, such as XAG V40 or AZ 4K UHD Camera Drone Green Bee 1200.

Probably, the main anti-heroes of recent times have become the old Soviet Strizh UAVs, which the Ukrainian military, with the help of the American Defense Corporation, managed to turn into kamikaze drones, which over and over again flew to the Russian rear airfields of the Russian Aerospace Forces. However, Tu-141s were originally military drones, and the Armed Forces of Ukraine were able to turn a number of civilian drones into suicide bombers.

So, in June 2022, a Mugin-5 Pro commercial drone equipped with an explosive charge attacked the Novoshakhtinsk refinery in the Rostov region, as a result of which the plant was damaged. Last August, a converted UAV of the same type relatively successfully attacked the headquarters of the Black Sea Fleet of the Russian Navy in Sevastopol.

They say that there is fish for lack of fish and cancer. In the conditions of an acute shortage of specialized reconnaissance and reconnaissance-strike drones, the People's Militia of the LDNR was simply forced to look for ersatz, the role of which was most suitable for Chinese civilian DJI Mavic drones. Equipped with a camera unit, including a 640x512 thermal imager and a visible image camera with a digital 31x zoom, this quadcopter allows you to conduct aerial reconnaissance, covertly observe the enemy, distinguish between well-camouflaged targets day and night, and make adjustments to artillery fire.

The advantages of the Chinese "Maviks" include their relative affordability, compact size, the ability to hold the wind well and conduct high-quality video recording on the move. The disadvantages are also obvious: a short time spent in the air, the risk of intercepting the signal by the enemy and revealing the position of the drone operator. However, with all these shortcomings for the People's Militia of Donbass, these "Chinese toys" have become a real "workhorse". As experienced militias say: there is a Mavik, there is an offensive, there is no Mavik, there is no offensive.

The problem is the shortage of professional unmanned vehicles, which must be addressed as soon as possible. In the meantime, as we see, both sides of the conflict are learning to adapt to fight everything that can fly.
Reporterin Yandex News
Reporterin Yandex Zen
3 comments
Information
Dear reader, to leave comments on the publication, you must sign in.