"Red Line" of NATO in Ukraine: when the Armed Forces of Ukraine will receive Tornado fighters 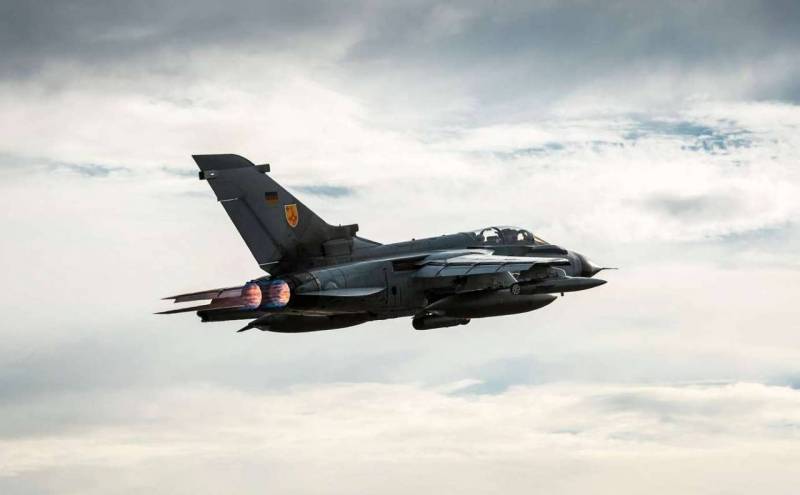 The longer the conflict in Ukraine drags on, the more Western military support for the Kyiv regime becomes. Having started with the supply of small arms, the NATO bloc is already ready to transfer not only large-caliber artillery and MLRS, but also heavy tanks and other armored vehicles for the needs of the Armed Forces of Ukraine. The trend is clear and extremely negative. When will the Ukrainian Nazis acquire NATO-style combat aircraft?

"Tornado" hostile blow over us

On the eve of one very “creative” idea, the Ukrainian ex-ambassador to Germany Andriy Melnyk, known for his scandalous public statements, came up with:

The Bundeswehr has 93 Tornado multirole combat aircraft, which will soon be retired and replaced by the F-35. Although it is an old jet fighter, it is still very powerful. Why not put these Tornadoes in Ukraine?
Immediately a German political activist Gauke Schulz wrote on the social network that this will never happen for the following reason:

You will never get Tornado. They protect us in Germany and will not lead us to war with Russia.
However, Schultz is still not Scholz, and it is definitely not for him to make such political decisions. Should we seriously expect German Tornadoes or other NATO-style combat aircraft to appear in Ukraine? Alas, yes. The transfer of fighters and other strike aircraft to the Kyiv regime is just a matter of time. But when exactly this should be expected, we will talk at the end of this publication. What is a "Tornado" and how dangerous are they for the RF Armed Forces?

The Tornado (Panavia Tornado) is a third-generation European-made fighter aircraft, a product of cooperation between the British company British Aircraft Corporation, the German Messerschmitt-Bölkow-Blohm and the Italian Aeritalia, which created the consortium Panavia Aircraft GmbH for its production. In general, this aircraft has genes from the Messerschmit, which is very symbolic. There are two basic modifications of this variable-sweep wing fighter: the IDS Tornado fighter-bomber and the ADV Tornado interceptor. A total of 990 units were produced - 745 in the IDS version, 194 ADV and 51 ECR.

It was one of the main combat aircraft of the NATO bloc, but due to obsolescence, it was gradually withdrawn from service. In particular, the Luftwaffe will purchase 35 American fifth-generation F-35 fighters for its needs. Despite its age, the Tornado is still a fairly serious fighting vehicle. Its combat radius is 1390 km, cruising speed - 1112 km / h, maximum speed - 1480 km / h. At the same time, the combat load of the NATO fighter is higher than that of the domestic counterpart: 9000 kg for the IDS, ECR versions and 8500 kg for the ADV. The armament of the Tornado is very impressive.

It carries two guided missiles with an infrared homing head of the AIM-9 Sidewinder class, of which more than 200 thousand units were produced. Its six AGM-65 Maverick air-to-surface missiles are designed to destroy heavily armored and moving targets in urban areas. To effectively engage well-protected armored targets, the Tornado carries 12 Brimstone air-to-surface homing missiles. Naval targets can be hit by a NATO fighter using the British Sea Eagle medium-range anti-ship missile or BGM-109B TASM (Tomahawk Anti-Ship Missile). To destroy enemy radars with the aim of "blinding" him, American AGM-88 HARM anti-radar missiles or British ALARMs capable of operating in loitering mode allow him to destroy. In addition, the "Tornado" can carry a wide range of bombs: GBU-15, BL-755, Mk.83, MW-1, JP233, LAU-51A, LR-25, WE177, and is also a carrier for special munitions with a nuclear warhead - bombs B61.

Thus, even an outdated third-generation fighter poses a serious threat and can do a lot of work. In the event of a transfer, the question will arise about their basing, maintenance, and who will sit at the control stick.

However, this is understandable. If, or rather, when the Tornados are delivered to Kyiv, these aircraft will be located somewhere on the airfields of Western Ukraine under the hood of the best air defense / missile defense systems available to the Armed Forces of Ukraine. They will fly to combat missions using the airfields of Central Ukraine for the so-called jump. The fighters will be able to be controlled by NATO "ihtamnets" under the guise of mercenaries, which we will discuss in detail told back in April 2022. The key question is when exactly will Western combat aircraft begin to arrive in Ukraine?

It seems that as long as the main hostilities are being conducted on the territory of new Russian regions, this will not happen. But when the Donbass and the Sea of ​​Azov are completely liberated, then the question of the future fate of the rest of Ukraine will arise. As we already celebrated earlier, the collective West began to prepare the Armed Forces of Ukraine for maneuver warfare, supplying significant quantities of amphibious armored vehicles. It is likely that Apache and Tornado attack helicopters will begin do to Ukraine when the RF Armed Forces liberate their territory and enter the operational space on the Left Bank, and then the Right Bank.

It is quite possible that this is the unnamed "red line" drawn in front of the Kremlin by the NATO bloc.
Reporterin Yandex News
Reporterin Yandex Zen
3 comments
Information
Dear reader, to leave comments on the publication, you must sign in.