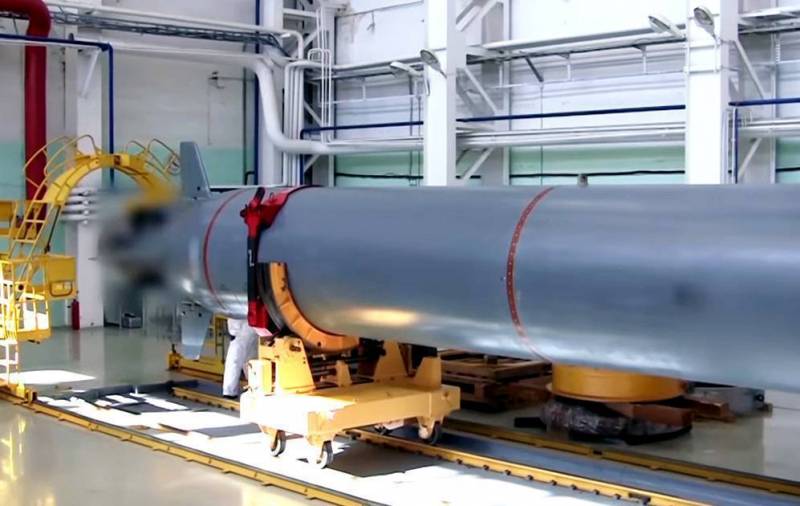 The first ammunition of nuclear supertorpedoes "Poseidon" was made for the nuclear submarine "Belgorod". This is reported TASS with reference to its own source close to the military department, there is no official confirmation of the information yet.


According to the interlocutor of the publication, tests of the main components of the ammunition, including a nuclear power plant, have already been successfully completed.

The first Poseidons ammunition has been manufactured, the Belgorod submarine will receive them in the near future
- the agency quotes the words of the informant.

The crew of the Belgorod nuclear submarine last week completed a series of throw tests of the Poseidon torpedo model, which is also called the “doomsday weapon”. The purpose of the tests was to test the operation of the Poseidon launch system.

According to Western nuclear experts, the Posedon super-torpedo, equipped with a nuclear warhead, is capable of producing a "radioactive tsunami." Experts compare the effect of its launch with the launch of an intercontinental ballistic missile.


Earlier it was reported that Western analysts came to the conclusion: for some time the Russian Federation has been implementing an alternative “Plan B” for Ukraine, the prolonged action of which the West may not be able to withstand. Moscow has taken a wait-and-see attitude, not making sudden movements and watching the fussing opponents, experts say. The Kremlin, in their opinion, is sure that the resources will last for many years, but the stocks of Western military arsenals will be seriously reduced, however, as well as economy.
Reporterin Yandex News
Reporterin Yandex Zen
8 comments
Information
Dear reader, to leave comments on the publication, you must sign in.